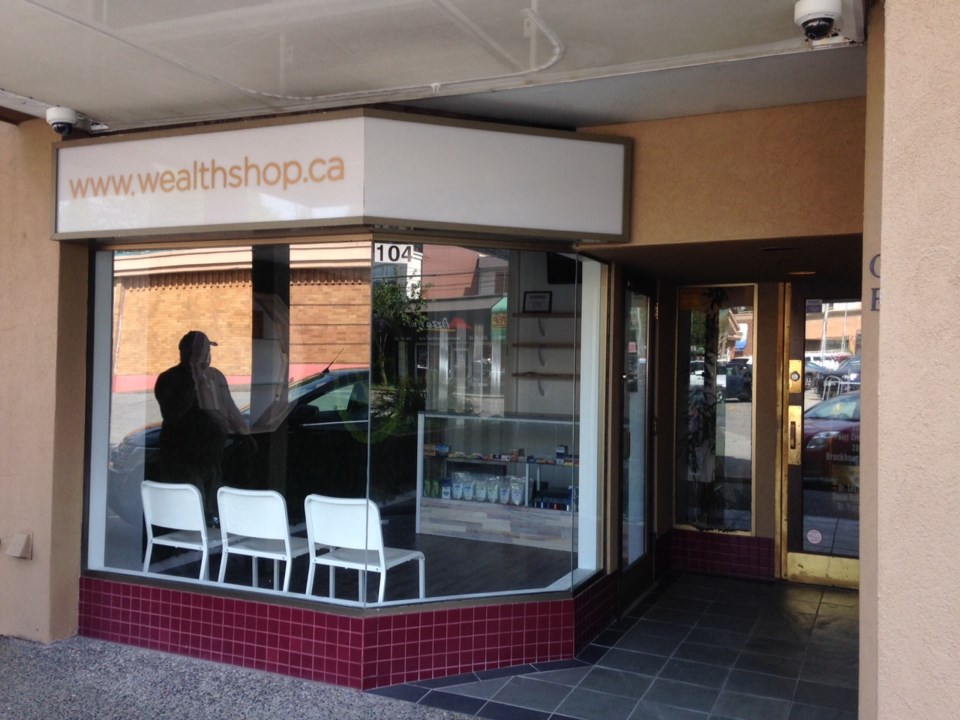 A personal trainer, an entrepreneur and a recent kinesiology grad are the three partners behind the city’s first illegal marijuana dispensary to receive a business licence.

The trio hoped to keep a low profile before opening the shop but understood there would be media interest in learning more about the operators behind the city’s first licensed dispensary.

“We were very excited and, of course, being the first one and kind of making history here is great for us,” said Sidhu of receiving a business licence Monday.

Unlike many applicants who applied for a licence, the trio was not operating a dispensary when it submitted an application to the city in August 2015. That was the same month the partners incorporated their society.

Now the trio is looking to open two more dispensaries in Vancouver and is close to opening one next week in Toronto, where that city has yet to introduce a licensing scheme. All dispensaries are still considered illegal under Canada's drug laws.

“From a business standpoint, it made a lot of sense to get in the mix now,” said Sidhu, noting the federal government promised to introduce legislation next spring to legalize marijuana. “I’m a strong believer in [cannabis] as a natural remedy for people, as opposed to pharmaceuticals and other types of drugs that people take for their ailments. That’s the motivation, really, to do this business and to create a company that looks after its members and creates just a general better overall health and wellness for everyone.”

Sidhu and Rice-Jones spoke to the Courier Wednesday via speakerphone. Quevillon, a kinesiology grad and former college basketball player, wasn’t present for the interview.

Sidhu said his background is in land development and the construction of high-end single-family high homes. He has also worked as consultant related to medical technology and financing film deals.

Rice-Jones, 38, said he is a personal trainer, who has competed in mixed-martial arts fights. YouTube features one of his fights. He also wrote a book titled “Breaking the Silence” to share personal stories and those of friends he grew up with in what he described was a tumultuous time.

“When I grew up, I experienced a lot of things that I feel that youth may be able to relate to,” he said, without going into detail. “To be honest, I made some not-very-good decisions when I was younger and I’ve learned from it. It’s made me who I am today.”

Sidhu said he has never used marijuana. Rice-Jones said Quevillon, a longtime friend, was prescribed marijuana to relieve pain from a back injury. Rice-Jones, who used marijuana when he was younger, said his late father used medicinal marijuana 16 years ago to ease his pain after he was diagnosed with terminal cancer.

“It dramatically helped the transition to the inevitable, which was him dying,” said Rice-Jones, noting terminally ill customers of Wealth Shop will get their marijuana at cost.

The partners wouldn’t disclose who their supplier or suppliers are but Rice-Jones said, “I can tell you it’s not the black market, I can tell you that it’s not organized crime.” The shop has a proper security plan in place, they said.

They acknowledge their Point Grey business is a for-profit model but are branding the operation as a “health and wellness” company for adults.

They said it cost them more than $100,000 to set up the dispensary. The cost included hiring an architect and renovating the suite, which is in a complex that shares a parking lot with Safeway and includes a law office, veterinarian and dentist. Though the city charges $30,000 a year for pot shop licence, Wealth Shop paid $20,000 to cover the remainder of the year. A compassion club licence costs $1,000 per year.

Andreea Toma, the city’s chief licensing inspector, told the Courier Monday the Wealth Shop met all the city’s criteria to obtain a business licence, including the directors and staff undergoing criminal record checks and signing a “good neighbour agreement.”

“If anything that they do doesn’t meet our current regulations, we will bring them back in and have a chat with them,” Toma said. “The good neighbour agreement signed yesterday clearly indicated that, and they were all willing to sign it.”

The city’s move to offer licences to pot shops came after city council voted 8-3 last June to introduce rules for annual licence fees, criminal record checks and zoning regulations that prohibit a dispensary from operating within 300 metres of schools, community centres, neighbourhood houses and each other.

The city has always maintained the goal is to regulate the business, not the marijuana. The Vancouver Police Department has said Canada’s drug laws allow for police to make arrests and recommend charges to Crown, but it does not allow officers to close a pot shop’s doors.

More than 60 dispensaries continue to operate in the city in defiance of the city’s new regulations. As of Tuesday, the city issued 139 $250 tickets to pot shops for operating without a business licence. An additional 20 shops continue to operate without fear of being ticketed because they are participating in the steps to obtain a licence.