The parent advisory council chair who wrote a letter to the Vancouver School Board in April saying its draft revised sexual orientation and gender identities policy was “seriously flawed” resigned Oct. 3.
Oct 16, 2014 1:30 PM By: Cheryl Rossi 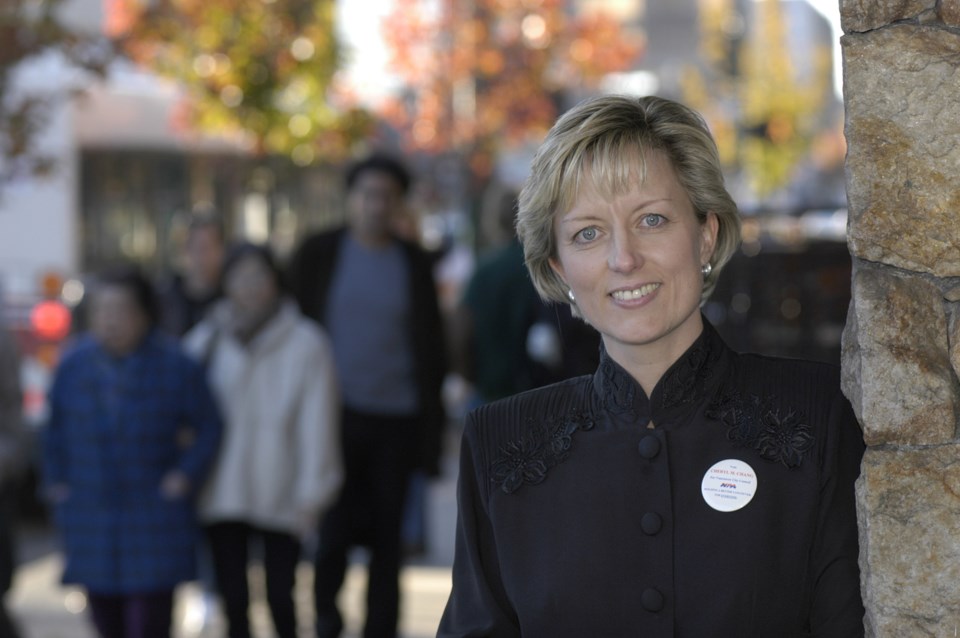 Cheryl Chang in 2002, when she ran with the NPA in the civic election. Photo Dan Toulgoet

The parent advisory council chair who wrote a letter to the Vancouver School Board in April saying its draft revised sexual orientation and gender identities policy was “seriously flawed” resigned Oct. 3.

Cheryl Chang told parents of Lord Byng secondary’s PAC she was stepping down “in the interest of reducing tensions and further politics in the school.”

Chang had hoped the passing of the policy and “decisive elections” at the PAC’s executive meeting in June would have diminished friction.

But she said the formation of a group called Inclusive PAC and recent emails “make it clear that the controversy is not over and some people wish to focus on politics rather than serving the school community.”

Parents were riled by Chang’s letter about the policy and by a turbulent PAC meeting in May, says Maureen Fitzgerald, a member of iPAC. More than 200 people attended the meeting and more than approximately 60 signed up for the PAC executive. Chang said in May that many signed up with the intention of removing her as chair. Only those who’d signed up could vote for officer positions in June, when Chang was re-elected.

The bylaws for Byng’s PAC state “executive council members shall be elected from the PAC members at the May meeting.”

But Fitzgerald, a self-described “recovering lawyer,” argues there was no vote so the executive and its vote for John Puddifoot as vice-chair, now acting chair, are invalid. (The co-vice-chair resigned alongside Chang, reportedly with roughly 20 other members of the executive.)

Inclusive PAC wants parents to hold executive member and officer elections Oct. 28 at the first PAC meeting that’s open to all Byng parents, when more can join the executive. The executive was to meet Oct. 16, after the Courier’s press deadline, and potentially Oct. 20.

Puddifoot, who’s starting his fifth year on Byng’s PAC executive, was previously PAC chair at Queen Mary elementary and is first vice-president for the B.C. Confederation of Parent Advisory Councils, concedes the “shall be elected” clause in the bylaws is unclear. He says there’s no limit to the number of executive members so parents just sign up and no vote is necessary.

He said when a new chair and vice chair will be elected is up to the executive council.

Puddifoot says the school board has offered mediation services. He hopes they won’t be needed.

“Nobody wants to see the PAC collapse or fall to squabbles,” he said. “When I’m wearing my BCCPAC hat, well we get a flurry of letters from a specific PAC somewhere in the province about once a month, so this is not unusual.”

Puddifoot hopes the strong relationship Chang fostered with Byng’s Chinese PAC continues in the wake of her departure. Fitzgerald agreed Chang did “a lot of amazing work” as PAC chair.

But Fitzgerald also says the approximately 50 members of iPAC were pleased by Chang’s resignation.

“They really wanted somebody who they could trust and who would listen to them,” she said.