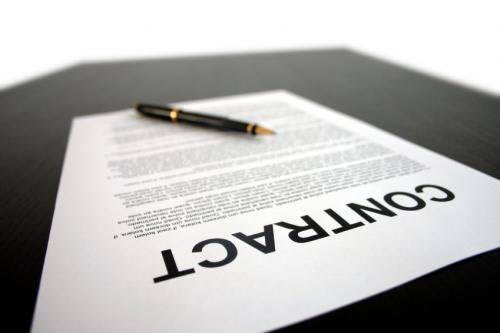 The elected Vancouver park board approved a joint operating agreement on April 10, 2017 that will be offered to 20 community centre associations, which have until Sept. 30, 2017 to sign on.

The consultations are over, the legal revisions are finished, the thousands of people hours and dozens of meetings are now in the past.

On April 10, the park board approved an operating deal for community centres and now it’s up to 20 centre associations to each sign on. They have until Sept. 30 to ink the contract otherwise the volunteer-led associations risk eviction from the centres they run.

Park board aproves new deal for community centres. Shum abstains, all others in favour. Wiebe: "We truly believe this is fair." #vanpoli


“There has not been consensus reached --- nor sought --- but I do feel it was a respectful, thoughtful process,” park board general manager Malcolm Bromley told commissioners. Signing the deal would introduce a “mutual release” of outstanding legal claims and disputes, he said.

A majority of elected commissioners campaigned on the promise to rebuild the relationship between the park board and the community centre associations that previously fought a centralization plan to yolk them all to an operating agreement without significant consultation. Since then, many of the resisted changes have been adopted, including an online registration system and the OneCard, which grants residents full access to 24 centres.

The JOA: A history


One year after the current park board committed to listening to the associations’ concerns in an effort to build trust while also balancing public interests and universal access across what it identified as a “network” of centres, commissioners sent a firm message they were ready to act on everything they had heard and finalize the contract, known as the joint operating agreement or JOA.

“It is the case that we know what we can move on and what we can’t move on,” said Vision’s Catherine Evans. “I don’t think more time will get us closer to a perfect agreement.”

The park board held the line that it was consulting the associations, not negotiating with them. Evans spoke to this and described an “awkward fit” that can create “some frictions” between the public board and private organizations that run public assets.

“We are a difficult partner for you. We are a publicly elected body and […] there will be things regarding accountability and transparency that we have to have,” she said.

Commissioners Erin Shum, an independent, and Michael Wiebe, the Green Party chairman of the board, supported one more round of “legal-to-legal” meetings for park board staff and centre associations to hammer out the finest points of the contract, but the request for additional time was not supported by the board.

“Why not take one more opportunity to look at this,” asked Shum.

“It’s up to commissioners to step up and decide how we want to deal with them,” said Sarah Kirby-Yung, who used metaphors of marriage and sport to illustrate the need for both compromise but also completion.

This most recent consultation towards the new JOA kicked off with a “new way forward” that the NPA’s Kirby-Yung, then the board’s chairwoman, put into motion 12 months ago. This week, she proposed the final amendments to the JOA, which were adopted by the board before the document was approved.

The general manager will now present the deal to the associations.

“This shows good will and best efforts to key outstanding business and policy issues --- I want to stress that these are not legal issues --- that have been raised,” said Kirby-Yung. “It provides flexibility, discretion and choice over how [an association] manages its own centre. This is the spirit of this motion.”

The JOA will last 10 years with an option to renew for five more. Centres will be able to manage their membership and will have to disclose the amount and plans for any surplus earnings, which will be known as “retained funds.”

The centres that run a profit will pool a percentage of the surplus and pay the park board an operations fee, once known as a “community investment fund,” which will be redistributed across the network of centres by the park board. The amount will reach two per cent in the third year of the contract.

Associations can spend their surpluses on their facilities, programming and public services but the city retains ownership over the properties and buildings.

We're fourth and goal on endless march toward deal between centres and park board. Sudden time-out called for in camera meeting. #vanpoli


Before voting on the deal, commissioners stepped out for a sudden in-camera meeting. They were gone 20 minutes while the public gallery waited in the board office.

Shum voiced her concerns about moving forward and said the contract was “one-sided” and undermined commissioner’s promise to “be respectful and rebuild this relationship.” In the end, she did not vote against the JOA but abstained.

Wiebe described the deal as “fair” and voted in favour.

With the exception of Shum, the remaining six commissioners supported the contract.

Community centre associations have until Sept. 30 to sign onto an operating agreement that will take effect Jan. 1, 2018.