Park board set to make decision on pool plan

After hearing from dozens of residents, Vancouver’s park board is set to make a decision next week on its pool plan.
Jan 25, 2018 11:48 AM By: Jessica Kerr 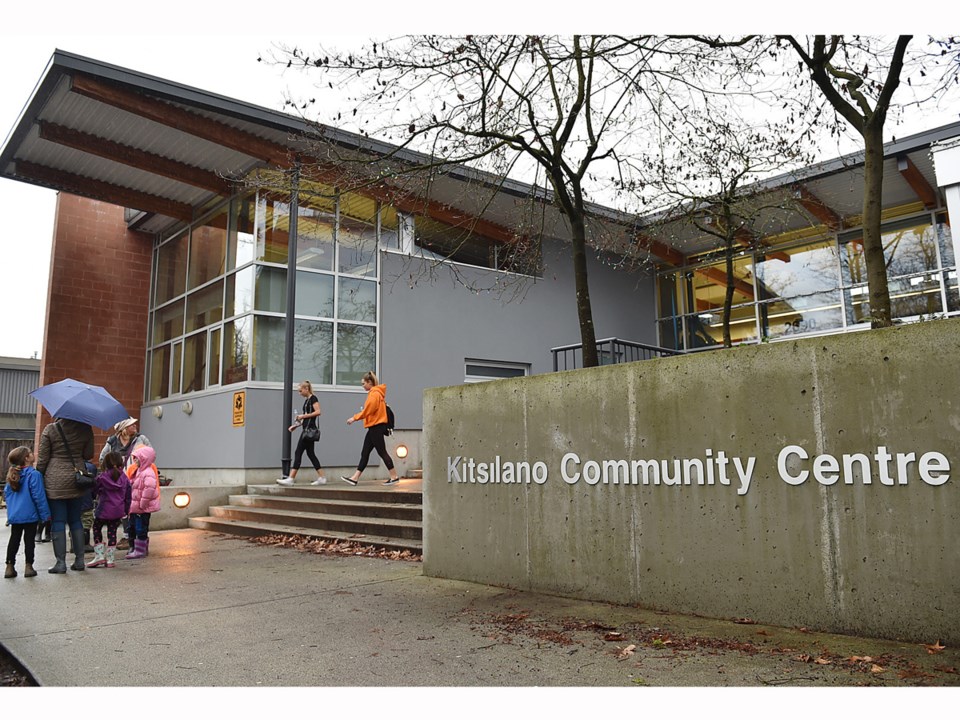 Residents concerned about the proposed construction of a destination pool at Connaught Park are petitioning Vancouver Park Board to undertake a “thorough and transparent” consultation process before making a decision. Photo Dan ToulgoetDan Toulgoet

After hearing from dozens of residents, Vancouver’s park board is set to make a decision next week on its pool plan.

Last month, park board commissioners heard from close to 50 residents on the long-term plan for the city’s pools, beaches and other aquatic amenities. And on Monday commissioners will debate, and likely make a decision on, the proposal, which lays out a plan for the future of Vancouver’s indoor and outdoor pools, wading pools, spray parks and beaches, and other aquatic attractions.

The proposed plan includes a variety of elements: a destination natural outdoor pool along the Fraser River; a harbour deck in a prominent location; a new, larger pool at Britannia; a new destination pool at Connaught Park; an outdoor pool in South Vancouver, with Marpole and Killarney community centres as possible locations; as well as upgrading or replacing changing rooms, concession stands and food services at beaches.

In an earlier version of the VanSplash plan, Lord Byng and Templeton pools were slated to be demolished and replaced by larger destination pools at Connaught Park and Britannia Community Centre. However, the final draft that was presented to commissioners in December kept the pools open pending a review of the impacts of the new pools and consultation with pool users, the community and key stakeholders.

Supporters of the two pools came out in force, lobbying the board to commit the pools open.

Some residents in another neighbourhood that would be affected by recommendations in the plan are also voicing concerns. The proposal includes building a destination indoor pool with a sport-training focus at Connaught Park, which is currently home to Kitsilano Community Centre.

Some have taken issue with the plan, saying a redesigned centre would not have the community feeling users of the current centre enjoy.

“I’ve tried other gyms before… I always end up coming back to Kits and it’s because I genuinely enjoy being there,” said Lisa Henault, who has been going to Kits community centre for almost two decades. “I always say that it’s my version of Cheers, where you go and everybody knows your name. It’s comfortable, a lot of the same people have been going there for years and years and years, and we’ve developed friendships and we talk.”

When the park board heard from the public last month, many noted that they had no idea that the board was conducting public consultation on the future of pools and aquatic facilities in the city.

Bill Wadsworth, who frequents the Kits pool and community centre, as well as Lord Byng pool, said he didn’t hear about the proposed plan until late last month.

“Firstly, there was never any signage posted at Kits Pool, Kits Community Centre or Lord Byng pool,” he said in an email to the Courier. “I know this to be a fact as I personally use at least one of these facilities on a daily basis.”

Henault also said she never saw anything about the VanSpalsh plan or public consultation at the community centre or on its website. She said she only heard about the plan last month through a friend.

“I do feel very strongly that the park board should have done a much better of informing people that go to the facility, and I really feel strongly that for once maybe Vancouver could put community first rather than just upgrading and mega-sized complexes,” she said. “I understand the need for upgrades and I understand the need for wanting to have a sports facility but I think that they’re forgetting that smaller facilities create more cohesion and they create community and they create these connections between people that you won’t get in such a large facility.”

Wadsworth is also critical of the amount of public feedback gathered during consultation, which he calls “poorly publicized.” He said of the 660,000 residents in the city, 4,500, or less than one per cent of the population, responded.

“These are hardly numbers that can or would justify making any sort of decision on.”

The park board has not yet responded to a message from the Courier.

Several speakers that came out to last month’s meetings, also questioned some of the report’s conclusions based on feedback gathered during two rounds of public consultation, noting that a significant portion of respondents indicated that they would use indoor pools more frequently if there were improvements to existing pools near home or work but one of the recommendations is to “move away from a predominately neighbourhood scale pool system and deliver a greater diversity of aquatic experiences at larger community and destination scale facilities.”

Monday’s park board meeting is scheduled to start at 6:30 p.m.