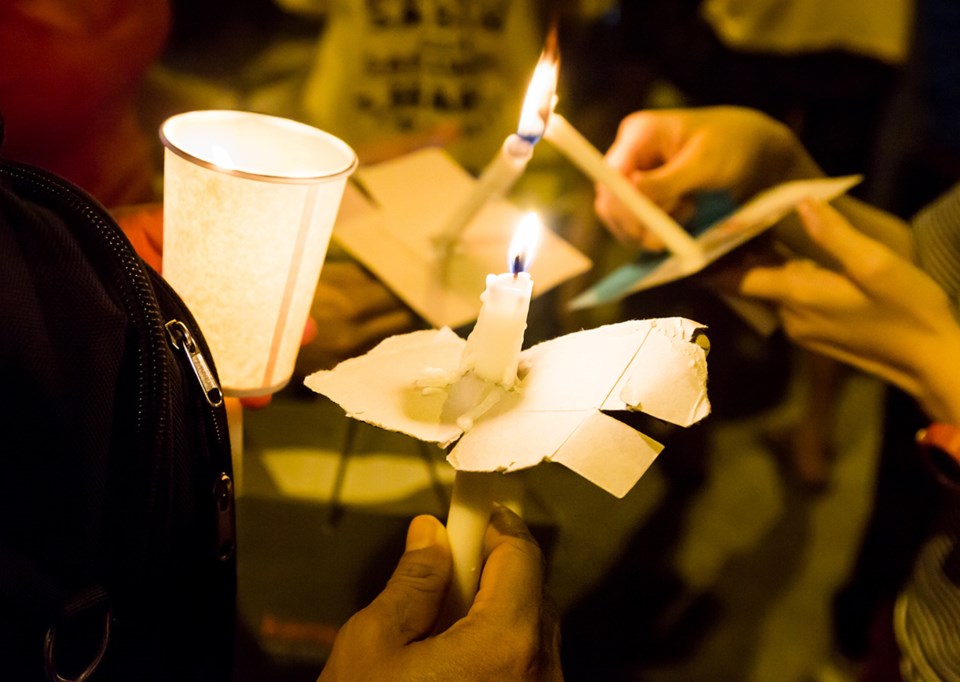 A delegation of women "peace builders" will host a candlelight march from the Vancouver Art Gallery to the convention centre where foreign ministers are gathered to talk about the North Korea crisis on Jan. 15.

A delegation of women “peace builders” is planning a candlelight march from the Vancouver Art Gallery to the Vancouver Convention Centre on Jan. 14. People will gather at the art gallery plaza at 6:30 p.m. and the march will start at 7.

The vigil coincides with the two-day international summit being held here to discuss the North Korean crisis and security. It is being hosted by Canada’s and the United States’ foreign ministers, Chrystia Freeland and Rex Tillerson at the convention centre.

“Research shows that women’s inclusion in peace processes not only yields actual peace agreements but also more durable ones,” said Christine Ahn, international co-ordinator of Women Cross DMZ, said in a press release. The DMZ is the demilitarized zone that was created between North and South Korea when an armistice between the two warring countries was signed in 1953.

Other women taking part include Patti Talbot, chair of global partnerships for the United Church of Canada; Lee Moon Sook, vice-chairperson of the National Council of Churches in Korea’s reconciliation and reunification committee; and Ewa Ericsson Fortier, a former delegate for the International Federation of Red Cross and Red Crescent Societies.

The next day, the women’s delegation is hosting the Vancouver Women’s Forum on Peace and Security in the Korean Peninsula: From Crisis to Opportunity. It’s Jan. 16 from 2 to 5 p.m. at the Morris J. Wosk Centre for Dialogue at the downtown SFU campus.

“The objective of the women’s peace delegation is to urge the Foreign Ministers to prepare the table for a diplomatic peace process that moves away from war and increased militarization, and towards peace, reconciliation, and genuine security,” says the group’s Facebook post.

A third event is also being planned to coincide with the conference.

On Jan. 16 at 7 p.m., Mobilization Against War and Occupation will host a talk entitled “US Hands Off North Korea! North Korea & the Threat of Nuclear War.” It’s at the Vancouver Public Library’s central branch and will feature a public lecture by Michel Chossudovsky and Ann Wright.

Chossudovsky is an author, professor emeritus of economics at the University of Ottawa, founder and director of the Centre for Research on Globalization (CRG), Montreal, and editor of Global Research.

Ann Wright is a retired U.S. army colonel who resigned in protest of the 2003 U.S. invasion of Iraq. She, too, participates in Women Cross the DMZ, as well as the antiwar movement, Veterans for Peace and CODEPINK Women for Peace