She discusses experience on homeless count, court battles and whether to give homeless people spare change
Mar 16, 2017 10:31 AM By: Mike Howell 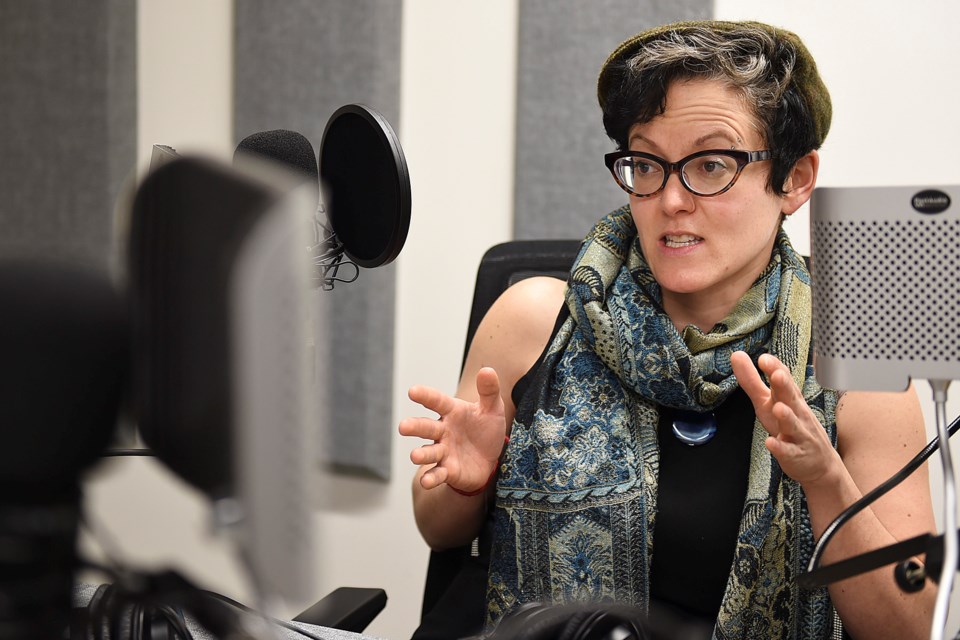 You may remember a story out of Abbotsford a few years ago where the city spread chicken manure over a wooded area in a bid to drive out homeless people who called the place home.

DJ Larkin recalls the story because she was the lawyer who acted on behalf of the homeless and won a court victory that allowed people to sleep overnight in public spaces.

“It means that people are safer right now – it’s not housing and it’s not adequate, but we need to help people stay safe right now so that they are alive if we ever make the housing that they need,” said Larkin, who works for Pivot Legal Society and was my guest in the fourth episode of “12th&Cambie: The Podcast!”

Larkin talked about her experience on the regional homeless count this month, the failure of governments to provide housing and what you should do when a homeless person asks for spare change.

Originally from Calgary, Larkin moved to Vancouver in 2001 to pursue a career in music therapy but ended up with a law degree in 2010. She began working for the non-profit legal agency four years ago. Pivot's office is in the Downtown Eastside.

“I wake up every morning and wish that I was out of a job because it would mean people weren’t suffering stigma and we didn’t have homelessness,” she said, noting homelessness is a province-wide issue and one that will take her on the road as part of a “listening tour.” “Whatever comes to us most strongly from the community of people affected, if it’s something that a lawyer can help with, then we’ll find a plan.”

Click on the tab below to hear more. In advance, thanks for listening.