Letters sent to parents at Vancouver schools encouraging them to report clown-related threats
Oct 13, 2016 11:23 AM By: John Kurucz 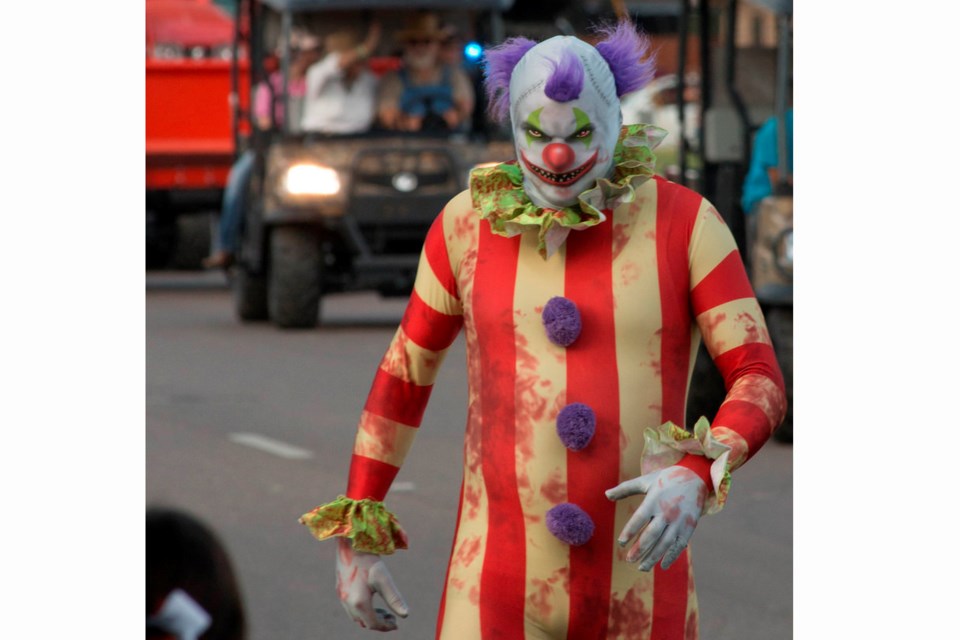 Reports of creepy clowns first started popping up in the U.S. in August.

When police have to remind residents it’s not OK to shoot or attack someone dressed as a clown, it’s safe to say the tipping point of the recent “clownpocalypse” phenomenon has been reached.

While that example happened in Utah, police and school board officials in Vancouver are trying to get in front of the developing situation this week by sending out messages to parents and students alike to report any and all suspicious clown activity.

Vancouver School Board staff have asked principals across the district to “provide advice” to parents amid scores of reports across the globe of “creepy clowns” involved in bullying and intimidating behaviour.

In the context of school-specific incidents, the threats are predominantly made on social media sites such as Instagram, Facebook and Snapchat.

“We would encourage you to talk to your children about reporting any concerning images or threats should they come across them on social media,” the letter states. “Students are encouraged to report directly to school administration, counsellors or their school police liaison officer.”

The school district is working alongside the Vancouver Police Department (VPD) to assess and monitor the situation.

“I am not aware of any incident involving someone dressed as a clown scaring kids at schools that has been reported to the VPD,” said VPD spokesperson Const. Brian Montague. “Obviously the behaviour is not acceptable.”

In a statement provided to the Courier, VSB staff acknowledge that no threats have been made at Vancouver schools, though the letters are intended to encourage conversation and vigilance.

“The advice encourages parents to talk to their children about reporting to staff any concerning images or threats they see on social media,” the statement says.

Other school districts in Metro Vancouver and across B.C. are issuing similar notices. A group called “Safer Schools Together” sent out the following warning to parents in Coquitlam on Oct. 7.

“It is imperative that you talk to your children about reporting these threats if they see them on social media and bring them to the attention of school officials and/or law enforcement,” the letter states. “It is also important to make students aware that if they engage in, or participate in any way, in this type of threat related behaviour they will be (sic) experience discipline and/or criminal charges.”

That letter was issued the day after a pair of Prince George teens were arrested for posting clown-related threats on Instagram.

The phenomenon made headlines across the U.S. over the summer, with numerous reports of creepy clown sightings, confrontations and other threats.

A school district in Connecticut has banned kids from dressing as clowns for Halloween amid fears that the outfits were “symbols of terror.”

Police in Orem, Utah issued a statement on the detachment’s Facebook page on Oct. 3 after receiving dozens of phone calls and more than 40 questions via social media in one day about clowns.

The statement advises residents to consult with state laws regarding the kinds of force that can be used against clowns and how police can respond to clown-related calls.

“If someone is standing on the sidewalk, dressed like a clown and they don't have any weapons and they are just standing there not chasing anyone around and you call us, when we respond and that person decides to look at us and walk the other way without saying a word, we can't do anything,” the post says.