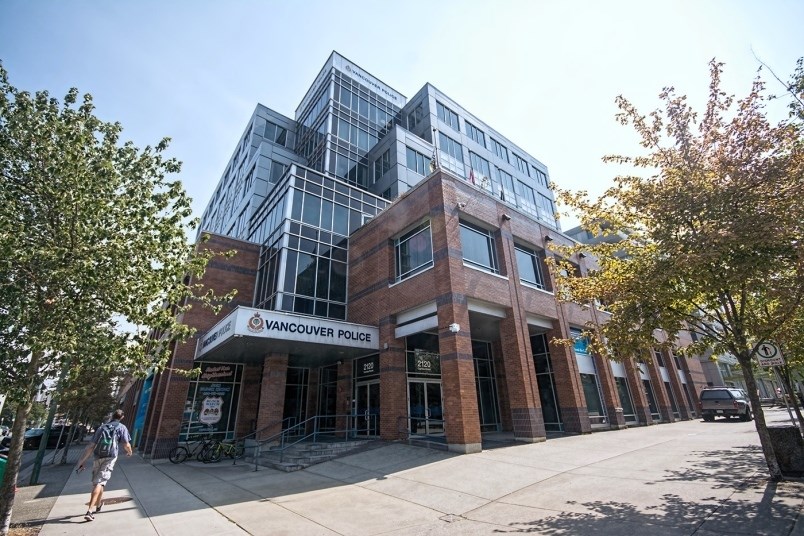 The Office of the Police Complaint Commissioner has recommended an independent expert in human resource management be hired to review Vancouver police policies related to workplace relationships following a case that saw a female constable die by suicide.

The recommendation comes after Const. Nicole Chan died in January 2019 after being involved in two separate relationships with sergeants, one of whom was her superior in the human resources section of the Vancouver Police Department.

The commissioner’s office announced in a news release Friday that a human resource management expert should be hired to assist the Vancouver Police Board in a review.

Such a review would examine VPD policies and procedures related to workplace relationships “involving power dynamics, supervisory and leadership functions and vulnerable employees.”

In the same release, the commissioner’s office said it will not call a public hearing into the conduct of Sgt. Dave Van Patten, who was earlier ordered dismissed from the department in a separate disciplinary process related to his relationship with Chan.

The commissioner’s office said Van Patten had an “inappropriate relationship” with Chan, as did another sergeant, Sgt. Greg McCullough, who has since resigned from the department.

“Both matters, when considered together, raise concerns regarding the sufficiency of policies and programs governing workplace relationships at the Vancouver Police Department, in particular those involving persons in supervisory or leadership positions such as these two sergeants,” the commissioner’s office said.

The office pointed out that police boards are the employer and governing body of municipal police departments, and responsible to ensure the systems, policies and functions of a department adhere to regulatory requirements and are accountable to the public.

“This includes ensuring the organizational culture is reflective of community values and that vulnerable employees are protected,” said the commissioner’s office, which noted Chan was being treated for “mental health related issues” prior to her death.

Jones said Van Patten sought to maintain privacy of his relationship with Chan to the detriment of both of them and the Vancouver Police Department as a whole.

“The real or apparent power imbalance of a person in a supervisory position, over a subordinate, is challenging regardless of whether the individuals work within the same unit or area. In this instance with the member not revealing their relationship, Sergeant Van Patten was in a position, within the human resources section, to have some knowledge, and even withhold information that many have had an impacts on decisions affecting Constable Chan.”

“The investigation was thorough and impartial and the discipline proceedings were conducted appropriately and fairly,” the commissioner’s office said.

Simi Heer, the VPD's director of public affairs, said in an email Friday that the department would "welcome a review of our policy, if that is the step the police board chooses to take." Heer said the department strives to create a safe, healthy and respectful work environment and wants its employees to thrive and be effective.

"Training on policies is reviewed annually and some of it is delivered by external labour lawyers," Heer said

The Courier contacted the Vancouver Police Board for comment Friday, but had not received a response at the posting of this story. Mayor Kennedy Stewart is the chairperson of the police board, which is staffed by provincial and city government appointees.

In September 2019, the Courier reported that at least 51 police officers and 18 civilian staff employed at the department say they were subject of workplace harassment at some point between September 2017 and 2018.

The harassment identified was primarily related to race, gender, ancestry and sexual harassment, according to results of a survey completed last year by VPD officers and staff.

The Courier obtained the “2018 Employee Job Satisfaction Survey Results” report via a request under the Freedom of Information and Protection of Privacy Act.

“Of those respondents who stated they were the subject of workplace harassment over the past two years, 37 people made mention as to why they did not report the harassment — 15 felt the VPD would take ineffective or no action, 14 felt that submitting a complaint would ruin their reputation or career, or result in retaliation, five respondents’ comments were themed under ‘other’ and three felt their complaint would not remain confidential,” the report said.

In response to the Courier’s story, Supt. Martin Bruce said at the time in an email that there was no room for workplace harassment in policing.

“However, the reality is that these incidents do happen in all industries,” he said.

“We are doing our best to provide the right training, leadership and oversight to ensure these issues are dealt with. Our policy is to address harassment complaints head on.”

The commissioner’s office warned Friday that if the Vancouver Police Board declines to hire an independent human resource management expert, that it will direct the Director of Police Services to undertake an independent audit of the VPD’s policies and programs related to workplace relationships.

Note: This story has been updated since first posted with comments from the VPD's public affairs director.