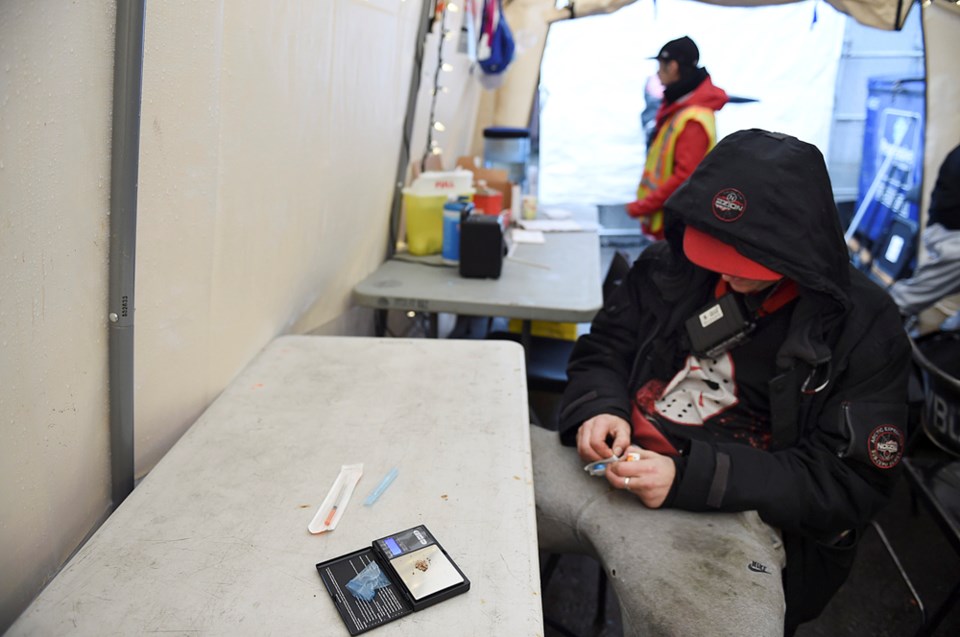 The city is calling on the federal government to “convene a multi-sectoral task force to implement immediate decriminalization of personal possession of illicit drugs.” Photo Dan Toulgoet

Vancouver might be the first major city in Canada to lobby to make minor drug possession completely free of legal prosecution.

The massive policy shift was announced Friday afternoon, in a news release highlighting the unabated number of deaths related to drug overdoses.

The city is calling on the federal government to “convene a multi-sectoral task force to implement immediate decriminalization of personal possession of illicit drugs.”

The decriminalization model the city is pushing for is loosely based on regulations in Portugal, according to Mary Clare Zak, the city’s managing director of social policy.

“The Portugal model in itself is successful because there are options for treatment, rehabilitation and those kinds of things,” Zak said. “All of these things have to happen in sympatico for a decriminalization model to be successful.”

Portugal’s move to decriminalization happened in 2001. The system stresses harm reduction, treatment and support services, rather than arrests and jail time. Across-the-board indicators over the last 17 years point to progress in that country: reductions in HIV, hepatitis, overdose deaths and incarcerations.

Last year saw 365 overdose-related deaths recorded in Vancouver, while 33 died in January of this year. The 51 overdose deaths in January 2017 were the highest of the 12-month period.

“The fact is people are dying. We need some action,” Zak said. “Until we get things like clean drug supply, decriminalization and really see this as a public health issue, we’re going to continue to have a year like we did this past year.

Prime Minister Justin Trudeau has balked at previous calls to decriminalize possession of all hard drugs. The federal NPD recently took the opposite stance and is in favour of the shift.

Friday’s announcement is markedly different from the impending legalization of cannabis. In that context, the sale and use of cannabis will be regulated. A decriminalization model sees criminal penalties — jail time and fines — removed for simple possession.

“We’re putting this recommendation to the federal government, basically saying ‘You’ve done a great job in terms of leadership around cannabis and we need to see the same steps being taken with all other illegal drugs,’” Zak said.

The most recent BC Coroners Service statistics point to 125 deaths across B.C. in January. That’s an overall decrease of 17 deaths from the 142 recorded in January 2017, though the coroners services has said those stats are preliminary and the numbers could rise.

The unabated deaths have continued to exert pressure on the city’s first responders, with average call volumes ranging at about 100 per week so far this year.

Outside of the call for decriminalization, the city stressing four points related to the opioid crisis:

“We are witnessing a horrific and preventable loss of life as a poisoned drug supply continues to kill our neighbours, friends, and family," Mayor Gregor Robertson said in the news release. "Volunteers and first responders are working around the clock to keep people alive, but lives are on the line and more action is urgently needed. We will keep pushing for bold solutions, and that includes breaking down the stigma that leads people to use drugs alone at home, addressing access to a clean supply through drug testing equipment, and dramatically improving a range of treatment options like opioid substitution therapy.”