PRIDE!: Transitioning to the forefront

Shayne Forster and Jack Fox want you to know they are partners in crime only. Were not a couple, Forster insists, playfully nudging the best friend sitting beside him in an East Vancouver café.
Jul 26, 2011 9:00 PM By: Vancouver Courier Staff 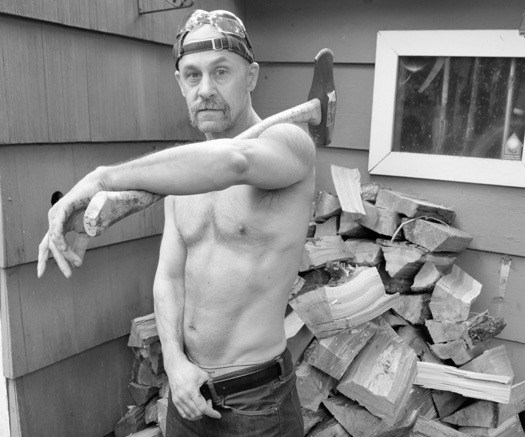 Shayne Forster and Jack Fox want you to know they are partners in crime only. Were not a couple, Forster insists, playfully nudging the best friend sitting beside him in an East Vancouver café.

They may not be romantically entangled, but the way their lives have intertwined, a little destiny might just be at play.

It was Forster who broke the ice with a Hey, I know you, at the now-defunct Lick Club six years ago, and filled in the blanks of the person he used to be until Fox connected the dots with an Oh my god!

Though they had gone to the same high school, theyd never really hung out. Forster was two years younger, and had changed a lot in the time between leaving White Rocks WASPy clutches and venturing into Vancouver and adulthood. And back in high school, both young men were still young women.

You know my dates better than I do, Fox says to Forster when recalling his transition. I started May 29 of 06 and he started June 19th, so it was not even a month apart, Forster chimes in. He was 19, Fox was just 21.

After separately coming to the conclusion that they both identified as men, the two cemented a bond supporting each other through the years long process of transforming their bodies. First, they started on T testosterone then came the hystos and then several top surgeries that took a financial and emotional toll.

In truth, its like were actually married, says Fox with a laugh describing their strong love/hate relationship.

Not everybody has that support going through such a profound life change. So Fox and Forster started T-Bodies, their non-profit advocacy group, in 2008 dedicated to raising awareness of trans men and providing resources to those in or considering transition and their allies (T-Bodies.ca).

On the alphabetical spectrum of LGBTQ identities, the T for Trans is often ignored, Fox and Forster point out.

And for many people, even for those well versed in the queer lexicon, its difficult to talk about.

But the two are taking action on that front. For the last three years theyve released an annual T-Bodies calendar featuring models in every stage of transition and tonight, July 28, T-Bodies hosts sTeam, Vancouvers first bathhouse night for trans men and their allies.

Its important for the queer community and the general public to start getting familiar with bodies in all states of the process they point out, because the community of trans men in Vancouver is growing quickly.

In three editions, the pair has never had a problem finding models for their calendars, and there are currently 70 people on the waitlist for surgeries in Metro Vancouver, Fox notes.

But resources arent keeping up and public awareness is low, partly because many trans men easily blend into background once the metamorphosis is complete.

People look at us and go, youre not trans men are you? says Fox. Its a good feeling on the days he doesnt feel like being an advocate on the days he wants to be stealth.

But for those whose bodies are a work in progress, or may ultimately choose not to have the same extent of surgery, awareness becomes an issue of safety. Ignorance leads to hate and hate leads to violence, says Forster. And there are precious few places where men in transition can show their bodies without fear of, at best, judgment, at worst, reprisal.

Thats where sTeam comes in. A test run several months ago showed a demand for more safe spaces where trans men dont feel compelled to hide their bodies. Tonight, T Bodies will supply fruit, water, safer sex supplies and a safe and inclusive environment in celebration of Pride Week.

Theyre hoping to see lots of other Shaynes and Jacks whose brush cuts and muscles obscure pretty much every physical hint of their femininity. But its also for people like Micael Skold, a former calendar model, who, six months after having his hysto, is still coming to terms with his shifting body. Hes on the waitlist for top surgery and wears a corset-like chest compressor every day to bind his breasts.

Above all, Fox and Forster are hopeful tonights event will truly be a place where literally every body feels welcome.