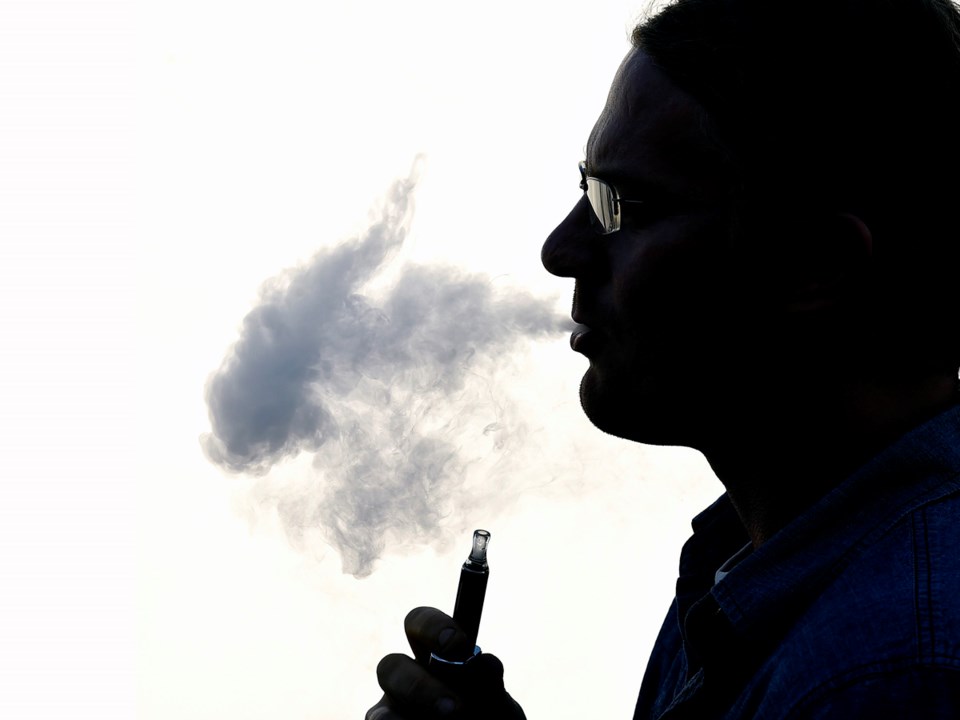 Legislation will be tabled later this month to place a series of restrictions on the vaping industry.Dan Toulgoet

From packaging to content, and from flavours to access, numerous changes are coming to B.C.’s rules around vaping as of spring 2020.

The provincial government announced the changes Thursday, Nov. 14, with some changes that could become law effective Jan. 1, 2020.

Sin taxes are the first order of government business, as the province intends to introduce legislation later this month to increase the provincial sales tax (PST) rate applied to vaping products from seven to 20 per cent.

The new tax rate would go into effect on Jan. 1, 2020 and applied to all vaping devices, the substance or juice that is used with the vaping device and any vaping part or accessory.

The legislation would also include increasing the tobacco tax rate by two cents: the tax applied would be 29.5 cents per cigarette and 39.5 cents per gram of loose tobacco.

Nicotine gum, patches and similar smoking cessation products would continue to be exempt from the PST.

“It’s time we addressed the rapidly growing use of vapes by young people in B.C., as vape advertising and the draw of vapes for youth become even more attractive and deadly,” provincial medical health officer Bonnie Henry said in a news release. “We have years of successful and effective anti-smoking efforts already, and it’s beyond time we turned to solve the problem of a new generation of young people addicted to nicotine.”

The new regulations will restrict the amount of nicotine in vapour pods and liquid to 20mg/ml and will require plain packaging for vapour products that include health warnings.

Public advertising of vapour products will also be restricted in areas where youth spend time, such as bus shelters or community parks. The sale of vapour flavours, other than tobacco flavours, will only be allowed in age-restricted shops.

All public and private schools in B.C. are tobacco and vape free, while the buffer zone for smoking or vaping near windows, doors or air intakes is six metres.