Quick-thinking Vancouver hockey player racks up assist of a lifetime

Bart Kupnicki saved teammate Jamie Maclaren’s life with CPR, a defibrillator and knowledge of what to do
Feb 7, 2018 3:56 PM By: John Kurucz 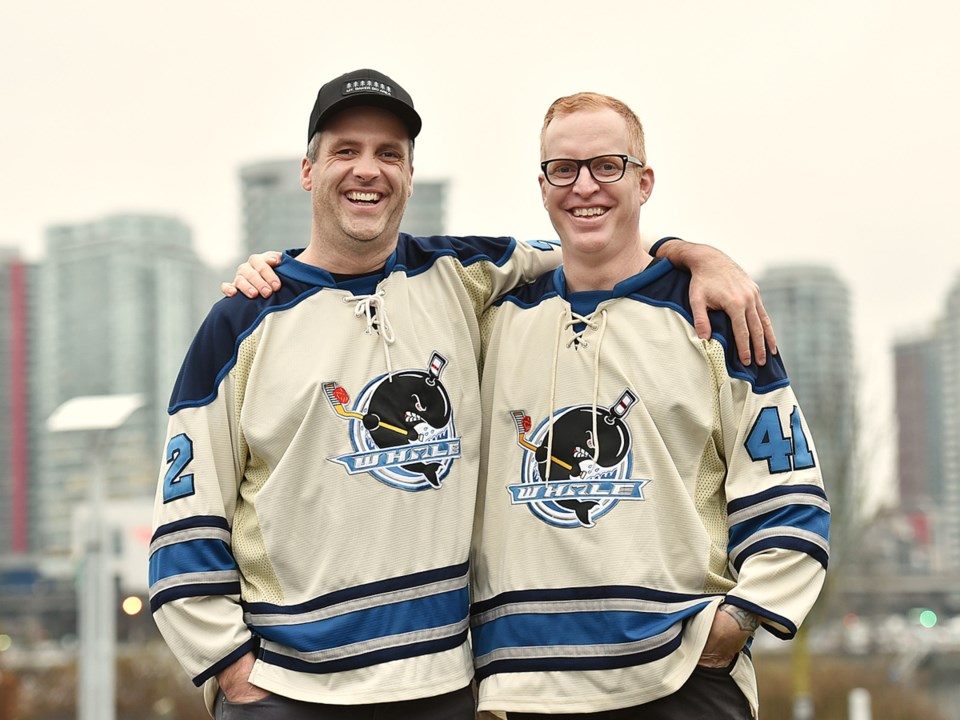 At 36, Bart Kupnicki’s got three decades’ worth of playing hockey in the rear view and conceivably at least another 25 years left in the tank.

But one thing’s for certain at this stage in Kupnicki’s puck pursuits: he’ll never register a more timely and important assist than the one he collected late last week.

Kupnicki is credited with saving teammate Jamie Maclaren’s life after the 43-year-old suffered a post-game heart attack at Burnaby 8 Rinks on Feb. 1.

The two Vancouverites had just finished an early evening Adult Safe Hockey League (ASHL) contest when Maclaren began to feel disoriented and jittery. He first brushed it off as a panic attack or heartburn. Within 15 minutes, he collapsed outside of the rink and was clinically dead.

“I remember pretty much everything minus the time I was unresponsive,” Maclaren told the Courier. “I remember waking up on my back in a different position I was in before I collapsed. By this time my whole team was outside the dressing room and they were quite visibly upset about what was going on.”

What happened in the preceding minutes was a case study in good luck, good timing and quick thinking. A registered nurse for the past 10 years, Kupnicki almost immediately recognized all the signs before jumping into action.

“In the back of my mind I was preparing for the worst,” he said. “His pulse was thready, he said that he had trouble breathing and that he had chest pain. He had all the cardinal factors of having a [heart attack].”

Kupnicki got a hold of one of the 13 automatic external defibrillators (AED) at the 8 Rinks facility and immediately began administering CPR. The first round of shocks from the AED, and the subsequent chest compressions, did nothing.

“For between three and four minutes, he was dead,” Kupnicki said.

Within 10 minutes, Maclaren was revived and en route to Royal Columbian Hospital in New Westminster.

“Those last 120 seconds felt like a lifetime,” Kupnicki said. “We shocked him a second time and his eyes opened up. He was alert, he was awake, he pulled the tube out of his mouth and he said, ‘My God, I feel like s***.’”

A teammate who knew #CPR and a handy defibrillator saved my life on Thursday night.

No one should witness a preventable death, so please get trained in #FirstAid. And insist on defibrillators in all sports facilities.

Your loved ones will thank you. pic.twitter.com/3U3o1xNnEi

Maclaren has been out of hospital since Feb. 4 and has had time for taking stock since. His family history on both sides have issues around high cholesterol and heart disease, though Maclaren is physically active, watches what he eats, doesn’t smoke and only drinks socially. Maclaren, who has two-year-old son named Morogh, is expected to make a full recovery within six weeks.

His cardiologist told him Kupnicki’s application of CPR was done perfectly, to the point of leaving no long-lasting damage on his heart.

“I feel incredibly fortunate to be alive,” said Maclaren. “I couldn’t have had better circumstances —I had a heart attack in a place where there’s a lot of people, where there’s a defibrillator down the hall and in the presence of a teammate who’s a registered nurse. So if I was going to have a heart attack, and I probably was going to at some stage, this is the perfect setting for that to happen.”

Outside of Kupnicki’s training and wherewithal, the presence of an AED was the game-changing factor that saved Maclaren’s life. ASHL manager Dave Rainville told the Courier via email that Burnaby 8 Rinks has 13 AEDs spread across the facility, along with six league staffers fully trained in Level 2 occupational first aid.

“This year, in a span of 18 days [Jan. 14 and Feb. 1] the units were dispatched twice to save both athletes from certain death,” Rainville said.

Vancouver Park Board spokesperson Margo Harper said AEDs can be found in all of the city’s rinks, pools, golf courses, including pitch and putts, and at Van Dusen Gardens. More than 60 of those life-saving devices have been distributed at the city’s recreational facilities since 2008.

Maclaren took CPR training 12 years ago, and the first thing on his to-do list once fully recovered is to get a refresher. Kupnicki, meanwhile, has administered CPR thousands of times over the last decade.

“I hope this gets people out there to learn CPR. It’s basic training to learn the ABCs: airways, breathing and circulation,” he said. “It can save lives. There’s no question about it.”