Jack Hughes may be the highest-drafted Hughes brother, but Quinn Hughes will beat him to the All-Star Game. Sure, it helps that Quinn is a year-and-a-half older than Jack, but that’s just details.
Jan 11, 2020 9:58 PM By: Daniel Wagner 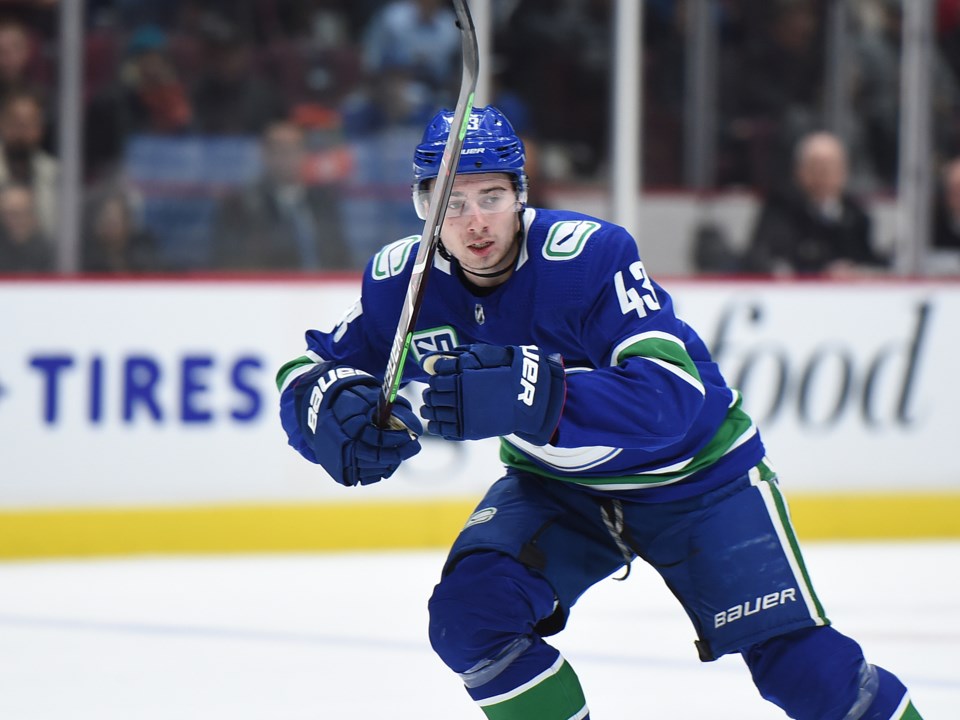 Jack Hughes may be the highest-drafted Hughes brother, but Quinn Hughes will beat him to the All-Star Game.

Sure, it helps that Quinn is a year-and-a-half older than Jack, but that’s just details. What matters is that, at this moment, Quinn is definitively the best Hughes brother.

That has been decided in the most objective way possible: a fan vote from a pre-selected list of players. Quinn Hughes was picked as the Pacific Division’s “Last Man In,” meaning he will join his teammates Elias Pettersson and Jacob Markstrom at the All-Star Game. Heck, Jack wasn’t even one of the options for the “Last Men In” vote.

Okay, enough picking on Jack Hughes, who has enough problems to deal with in New Jersey with the sad-sack Devils. Let’s celebrate Quinn Hughes, who thoroughly deserves the All-Star nod and arguably should have been named to the All-Star Game on the initial roster ahead of the Calgary Flames’ Mark Giordano.

Hughes is currently third among rookies in scoring, but likely won’t be third for long. Victor Olofsson, who is four points ahead of Hughes in first, is out for 5-6 weeks with a lower-body injury, so Hughes will likely pass him in short order. That just leaves Cale Makar, who is two points ahead of Hughes.

The three other “Last Men In” are Mitch Marner of the Toronto Maple Leafs, David Perron of the St. Louis Blues, and T.J. Oshie of the Washington Capitals.

The selection of Perron means the Blues will remain the team with the most representatives at the All-Star Game ahead of the Canucks, with four. That makes sense since St. Louis is hosting All-Star Weekend, so their fans likely showed up in force to vote in Perron.

The Canucks are one of just three teams with three representatives. The Leafs and Capitals are the other two, thanks to Marner and Oshie.

Hughes is the third-straight rookie to go to the All-Star Game for the Canucks, following in the footsteps of Brock Boeser and Elias Pettersson. Both Boeser and Pettersson went on to become finalists for the Calder Trophy for rookie of the year, with Pettersson taking home the award. Assuming Hughes stays healthy, he should do the same this year, which would be an unprecedented run of rookie success in NHL history: no other team has had three rookies finish in the top-three in Calder Trophy voting in three straight years with at least one of them winning the award.

As a friendly reminder, this won't have any adverse effect on the Canucks' salary cap situation: Hughes was already all-but guaranteed to max out the bonuses on his contract, whether or not he was named to the All-Star Game.

The one All-Star question remaining for Hughes is what events he might compete in. While he’s a superb skater, the fastest skater competition might not be his forté. Perhaps the puck-handling relay would be more up his alley.