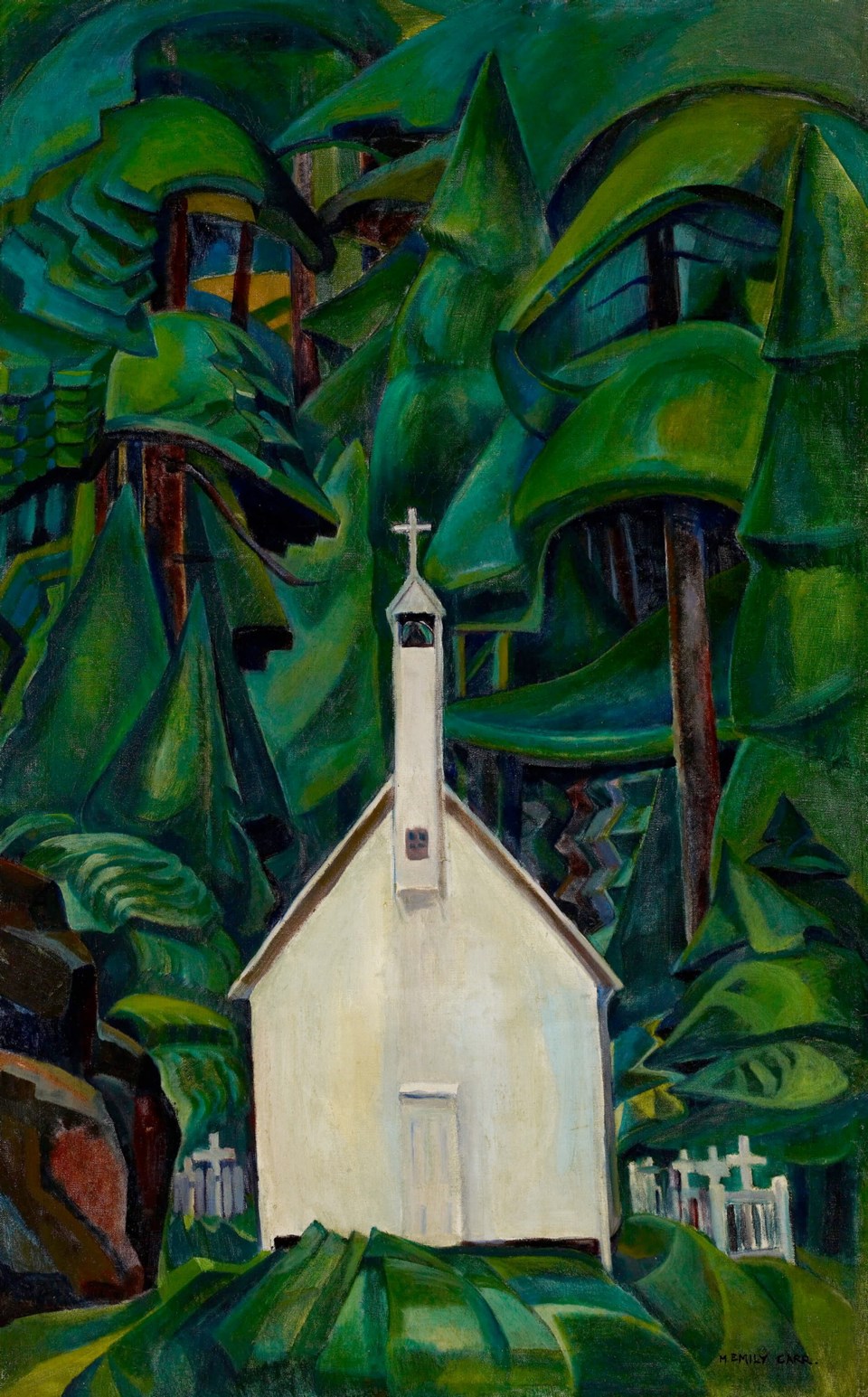 This painting by Emily Carr was called Indian Church. It has been renamed Church at Yuquot Village.

The renaming of a painting by Victoria artist Emily Carr at the Art Gallery of Ontario has started a conversation between art curators and the Indigenous community.

Known for the past 89 years as Indian Church, the painting depicts a white church set in a British Columbia rainforest.

The piece has been renamed Church at Yuquot Village.

The renaming reflects a worldwide trend for art galleries and museums to retitle works with racially charged language and replace them with more neutral terms. The focus is on works that have descriptions of people or places based on race, that are negative or that use terms common in colonial times.

“The change is part of an ongoing conversation. We are looking for a way to honour the past while we forge a way to the future,” said Georgina Uhlyarik, curator of Canadian art at the Art Gallery of Ontario.

“We have a duty to reconsider and re-centre the story, to see it under a larger umbrella that includes all 1920s to 1930s paintings in Canada.

“We have to ask: ‘What was she thinking? What was she trying to convey?’ and research to understand the language. We then could accurately give an up-to date-description of the work.”

She said the art gallery consulted the Nuu-chah-nulth First Nation, where the church is located, to seek their permission to change the name.

The name change is the first for the Ontario gallery, home to almost 95,000 works, with 22 of them by Carr.

The effort to review and rename works has gathered steam since 2015, when the Rijkmuseum, a Dutch national museum in Amsterdam, created an Adjustment of Colonial Terminology project. The goal is to review 220,000 titles and descriptions in the museum’s catalogue of images and replace them with more neutral terms.

Some think it is going too far.

“While in general I am in support of the principles of reconciliation, as an artist I can’t support the change,” said Carey Newman, a Kwagiuth/Coast Salish artist.

“As an artist, I am always aware of my language. If I said harmful words, I would address and take ownership of them. Changing words merely obscures the truth of how people spoke.”

He is against changing the names of artworks, preferring instead for an institution to add a panel to explain the use of the word in context.

“Giving it a greater context can lead to a conversation around it,” he said.

“It was the language of how people spoke of Indigenous people in the day,” said Sonny Assu, a Ligwilda’xw Kwakwaka’wakw contemporary artist.

“It may not be appropriate today, but understandable. We have to see it through the lens of what she saw.”

Although this piece was named by Carr herself, other pieces set for review include works that were given names when they were acquired.

“They were given names imposed by curators or art historians, not by the artists themselves,” said Jan Ross, curator at Emily Carr House.

“If she wrote it in her hands, it should still stand. You have to see it in context or you are liable to repeat mistakes.”

At Emily Carr House, reprints of some of the artist’s works have explanations to reflect changes — such as the name change from the Queen Charlotte Islands to Haida Gwaii. “It becomes a teaching opportunity,” she said.