When Iona Whishaw taught high school students the art of creative writing, she thought she’d be writing right alongside them.
Jul 2, 2015 3:31 PM By: Cheryl Rossi 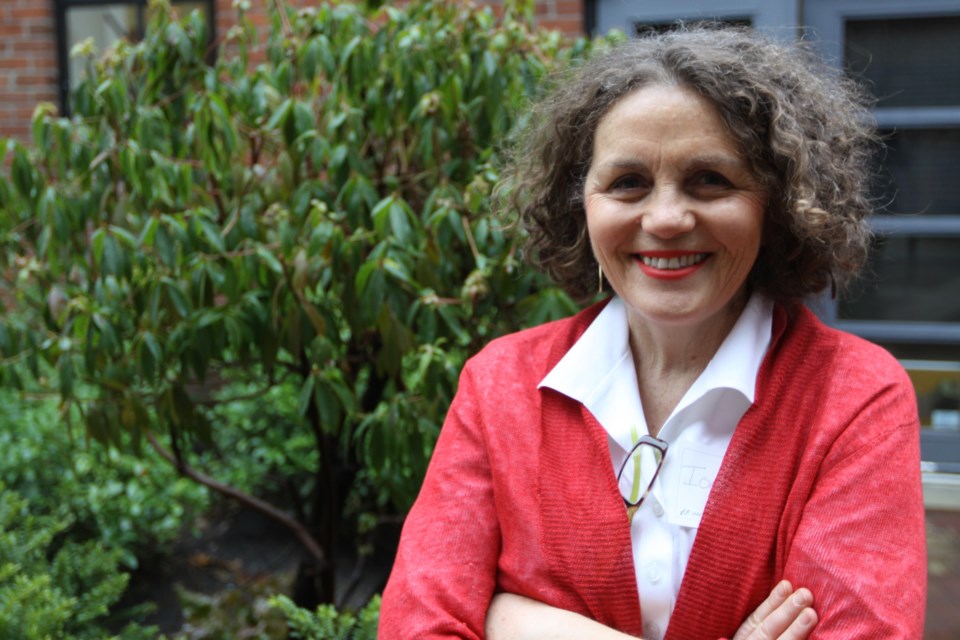 When Iona Whishaw taught high school students the art of creative writing, she thought she’d be writing right alongside them.

“Teaching is probably one of the most creative jobs there is,” she said, noting it involves creating lesson plans, ideas and circumstances in which kids can learn. “I found all my creative juices were used up.”

That’s why when she retired from her job as a high school principal last year she fulfilled a decade-long dream and published her first novel in April.

Daily writing became easier after she became an administrator, first at Vancouver Technical secondary, then at Sir Charles Tupper and David Thompson.

Whishaw, who graduated with a master’s degree in fine arts from UBC in creative writing in 1988, started writing Dead in the Water before she retired.

Dead in the Water focuses on a 26-year-old British woman, Lane Winslow, recruited to be a spy in the Second World War from university at the age of 19 because she spoke multiple languages. She was dropped into France with weaponry, equipment and messages and suffered a tragic love affair. At the war’s end, she moves to a tiny community in B.C. to start a new life. And then a dead body appears in a creek near her home and she’s charged with murder.

“I absolutely love the [mystery] genre. I love it, love it, love it,” Whishaw said. “The late, great [crime writer] P.D. James said a good mystery has to be a good novel. I’ve never liked really gory mysteries, or penny dreadfuls.

But there are a lot of really wonderful writers who write excellent novels [where] the whole ethical and moral core is the mystery.”

Meeting James in Vancouver a decade ago motivated Whishaw to pursue her mystery novel-writing dreams.

“Almost from that moment, I thought dammit, I can do this,” said Whishaw, who was in her mid-50s at the time. “She started late.”

Aspects of Whishaw’s real life inspired facets of Dead in the Water.

Winslow’s strong, independent spirit was inspired by Whishaw’s mother, who spoke seven languages, completed four master’s degrees after Whishaw went to university and hitchhiked to Alaska when Whishaw was a child because she was sick of waiting for her husband to return from geology field trips. Lorna Addison Whishaw also told her daughter she’d briefly served as a spy during the war in South Africa where Whishaw’s father was a pilot for the RAF. Her mother’s father was a spy who died in 1943 in a German prison.

Whishaw started her career in education as a youth worker. She became an English teacher and then an administrator and says each role helped her craft well-rounded characters.

“Education is all about people,” she said. “When you’re in education, every single day you’re dealing with real people in every kind of situation, in joy, in tragedy, in fear.”

Whishaw published a children’s book Henry and the Cow Problem nearly 20 years ago, along with poetry, short stories and poetry translations. She spent much of her childhood in Mexico and speaks Spanish. Her education articles appeared in American publications before she self-published Dead in the Water with FriesenPress, which also publishes yearbooks. She was recognized as one of the top 40 principals in Canada in 2012 and won a YWCA Woman of Distinction award in 2010.

“Regardless of what you think is going to come out of your pen or your computer, pick a number [of words] and write to that number every day, and never, ever stop and go, well that sounds dumb, I won’t write that,” she said. “Just keep writing because some of the most brilliant ideas come out as you are writing.”

Dead in the Water is available at Hager Books in Kerrisdale and for order online. For more information, see ionawhishaw.com.