Richmond animal charity forced to kill all its rabbits 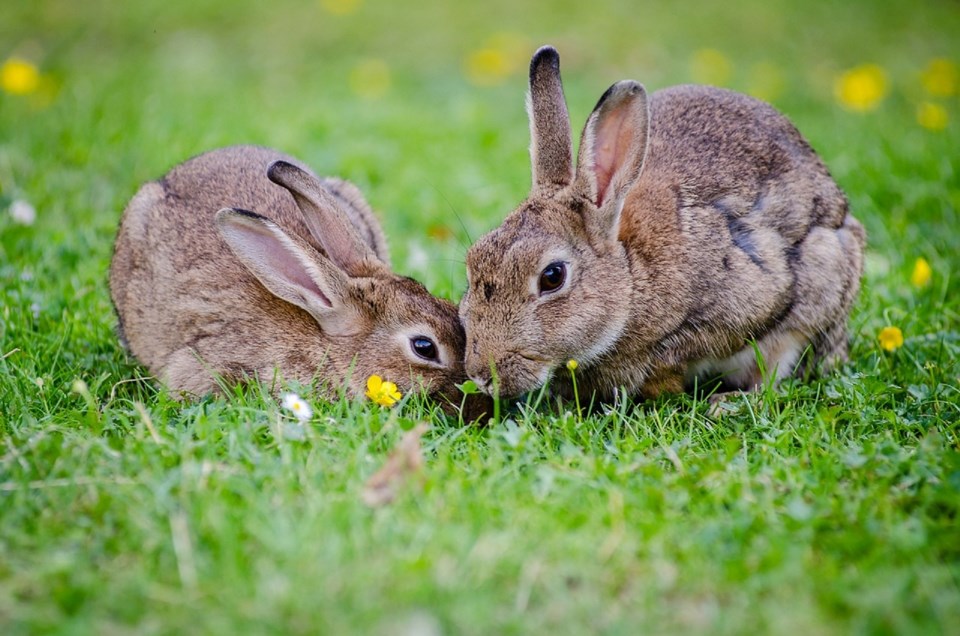 The Regional Animal Protection Society (RAPS) is in the process of having to kill the remaining 66 rabbits in its care, after the highly contagious rabbit hemorrhagic disease (RHD) struck its No. 5 Road shelter last week.

RAPS’ CEO Eyal Lichtmann confirmed to the Richmond News on Wednesday morning that, despite hastily putting a quarantine around rabbits suspected of being sick, there is nothing they can do to stop the airborne disease from spreading.

As such, the Ministry of Agriculture has advised that all 66 rabbits at the shelter - which prides itself in being a no-kill facility - will have to be euthanized.

“There is no way to stop it now inside the shelter; it’s a terrible death for the rabbits,” said Lichtmann.

“It’s going to be really hard on the staff, they will be devastated by this.

“We had to put up a quarantine after a couple of deaths to try to stop it spreading. But it didn’t work and we can’t risk it getting outside of the shelter.

“We are also going to have to destroy all the rabbit pens, which will be a huge financial blow to RAPS. But we simply have no choice.”

Vaccinations for RHD that were on their way to RAPS, are “coming in too late,” added Lichtmann.

RAPS has been assured by the Ministry of Agriculture and the BC SPCA that all the precautions, which have included biosecurity measures and the quarantining our rabbits and the facility, were in keeping with best protocols.

RHD is not communicable to other animals for humans.

A couple of weeks ago, local rabbit rescue group Rabbitats had to take extra precautions with its annual Easter fundraiser after word got out of the RHD virus spreading from Vancouver Island to the Lower Mainland.

RHD is deadly for feral and domestic rabbits. Several cases popped up in Nanaimo and Comox in mid-February before spreading to Delta and Annacis Island in March.

Families with rabbits as pets are being advised to go online here for more information about RHD.

Last week, RAPS posted on its Facebook page that it was aware of RHD in the area and was doing everything possible to protect our rabbits.

“Our staff are keeping close tabs on our rabbits, including regular health checks, and so far no abnormal signs, symptoms or behaviours have been noted in any of our rabbits,” RAPS said last week.

“Despite the health of our own rabbits, the team at RAPS have noted a decline in the feral population in our neighbourhood (within about a one kilometre radius).

“Our animal control officers have been doing frequent patrols, especially of the areas noted to be highly populated with feral rabbits, and they have not been seeing the usual number of rabbits in these areas.

“RAPS was also very concerned when a ‘visiting’ feral female rabbit (we often have feral rabbits visit the shelter and surrounding properties and businesses) left two deceased babies behind, which were found on our property the following day.”