Massage parlours and condos commonly used for sexual services
Apr 12, 2018 8:15 AM By: Graeme Wood
Previous Next
1 / 1 A massage parlour on Minoru Boulevard felt it necessary to post a "No Sex Service" sign on its front door after being inundated by prospective Johns.
Expand
Previous Next

A federal court case involving the attempted deportation of an alleged bawdy house operator highlights how Richmond continues to be home to off-street prostitution.

Chun Tao Zhang is a 37-year-old Taiwanese citizen who is fighting allegations by immigration officials that she came to Canada on a work permit, set up through a marriage of convenience, and violated it by engaging in sex work in Richmond massage parlours and downtown condominiums.

A judicial review of her ordered deportation has been requested by Zhang and allegations have not been proven in court.

The allegations are revealed in court documents detailing a sting operated by Canada Border Services Agency (CBSA) that found Zhang to be operating alongside a number of bawdy houses in the Lower Mainland. Much of the work was being set up on the Chinese-language social media app WeChat, where a “full service” was offered at $180. Other services came through massage parlours, also in Richmond and around the region.

CBSA received a tip in April 2017 that Zhang was working in the sex trade.

This prompted an investigation, including a visit to Zhang by immigration officials, who found her living at 7360 Elmbridge Way, away from her sponsor husband. The two are alleged to have told border officials contradictory stories about their living arrangements.

“What was particularly concerning was that the applicant did not stop engaging in sex trade related business even after being visited by the CBSA officer,” according to an immigration officer’s account.

Zhang was then arrested in August 2017 by CBSA in a penthouse apartment at 8068 Westminster Highway after allegedly setting up sex services to be performed by herself for an undercover immigration officer. Another bawdy house location, where Zhang is alleged to have made appointments for sex workers, is at 7888 Saba Road. There, officers were offered an $80 massage or a “hand job” for $130 by sex workers. Officers claim in an interview with Zhang, she said she received $25 per appointment. 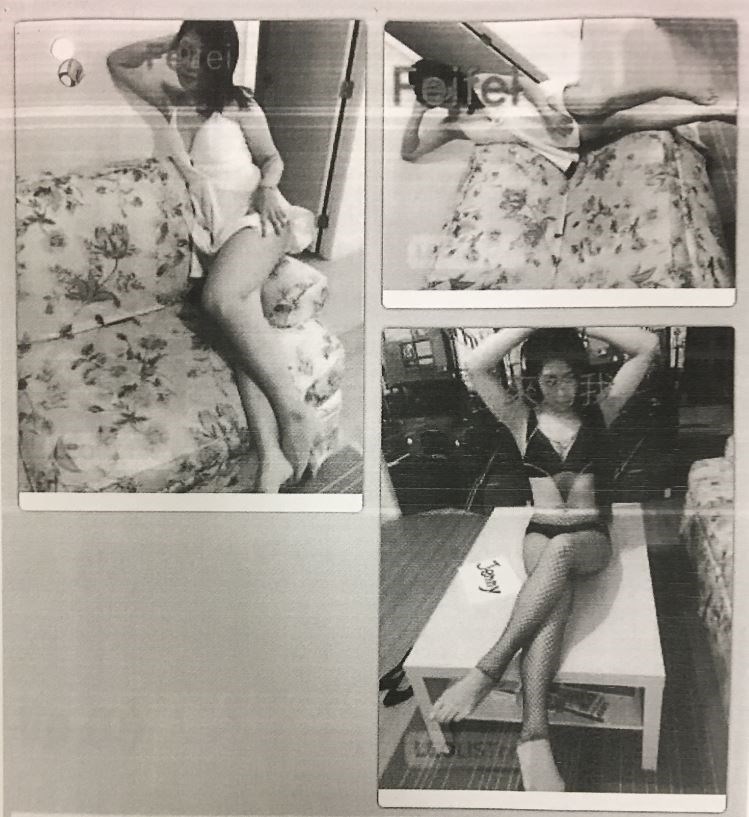 Such acts were deemed by CBSA to be a “blatant disrespect of the immigration laws in Canada.”

Zhang is said to have been forthright with officials when questioned about her work. She said financial considerations were a factor as there was no work in the restaurant industry. The husband claimed to not know about the sex work, although this is disputed by CBSA.

Zhang’s lawyer is claiming the deportation tribunal failed to observe procedural fairness and fact-finding was made in a “perverse or capricious” manner.

This is not the first time off-street sex work has been found to occur at local massage parlours and in condominiums.

According to esthetician and massage therapist Nancy Hou, her business became so inundated with prospective “Johns” knocking on her door on Minoru Boulevard that she has recently posted a “No Sex Service” sign in English and Chinese on her front window. She told the News her old business in Vancouver never experienced such a phenomenon.

In the early 2010s, a rash of businesses were fined and suspended by the City of Richmond. For instance, in 2011, Water Club, owned by Paul Jin (now being investigated by police for money laundering, according to Postmedia reports), used to run its body-rub business from the 11th and 12th floors of the Radisson Hotel on Cambie Road. Also at this time, Temptations Studio had its license suspended for 30 days following a random inspection by plain-clothed and uniformed police officers.

A 2015 Freedom of Information (FOI) request by the Richmond News showed a number of business licence inspections of massage parlours conducted by city officials and Richmond RCMP investigators. However, the records are heavily redacted.

In July 2014, police entered one business only to have a person yell “popo” as one constable walked to the rear of the business to find a masseuse in the shower with what may or may not be a customer (as the details are redacted).

Many of the places appear to operate in low lighting with blinds drawn and access is only via a locked door with a doorbell. At one inspection, no permits could be produced nor could any employees produce massage service credentials, according to the FOI.

Richmond RCMP declined to be interviewed about any ongoing investigations.

However, spokesman Dennis Hwang wrote in an email, “Massage parlours may be inspected by police or bylaw enforcement officers and have a requirement to provide detailed employee lists that show the full name and age of employees to ensure they are of legal age.”

City spokesperson Ted Townsend said the last violation to come before council was in November 2016.

“The (past) violations have been for a variety of reasons including operating hours, registration of employees, underage clients and clothing of employees.  Generally speaking, we usually recommend suspensions or cancellations if we find repeat offenders,” said Townsend, via email.