Safeway site at Broadway and Commercial eyed for redevelopment

Note: This meeting has been postponed until further notice due to the unexpected death of architect Bing Thom whose firm is involved with the project.
Sep 30, 2016 1:52 PM By: Naoibh O’Connor 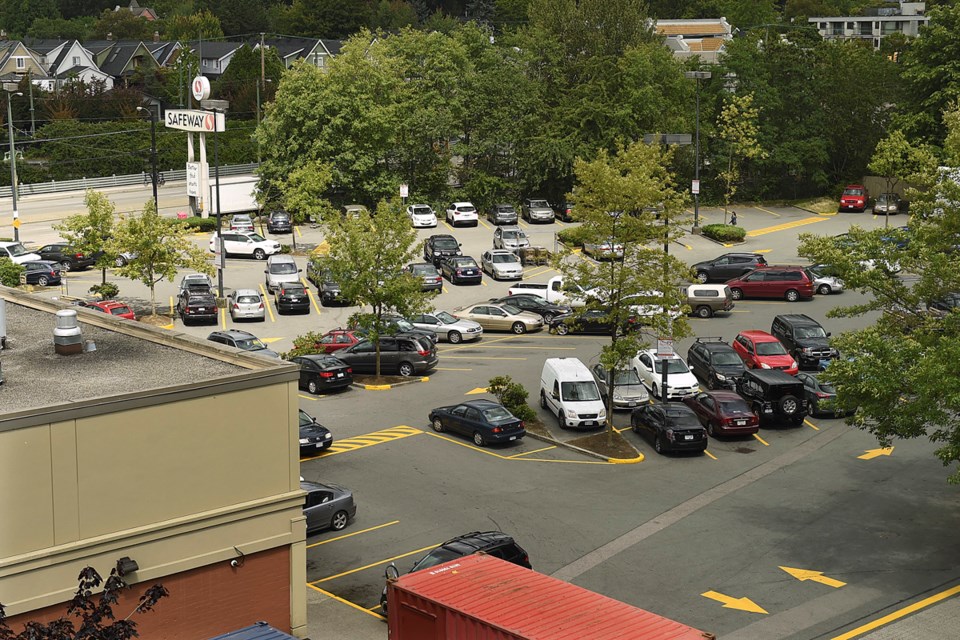 A "community social" is set for Oct. 8 to discuss the future development of the Safeway site at Broadway and Commercial. Photo Dan Toulgoet

Note: This meeting has been postponed until further notice due to the unexpected death of architect Bing Thom whose firm is involved with the project.

Dorothy Barkley, chairwoman of the Grandview Woodland Area Council, isn’t optimistic about the prospect of the Safeway site at Broadway and Commercial Drive being redeveloped.

Efforts to “reimagine” the property owned by Crombie REIT are underway now that city council has adopted the neighbourhood’s community plan. The plan allows for two 24-storey towers on the Safeway site, 12-storey buildings around the edge, space for a one or two-storey grocery store, small retail, offices and a public plaza.

Crombie REIT and developer Westbank are hosting what they’ve dubbed a “community social” about the site’s future on Oct. 8 to brainstorm “a new urban typology for the city and for family living.” The Bing Thom architecture firm is also involved in the project.

No one involved in the upcoming meeting would answer questions from the Courier about the site or its prospective redevelopment other than to say it would be a conversation with residents first and that the website at broadwaycommercial.ca is now live.

Barkley plans to attend the event, but fears the impact of such a future development in the East Vancouver neighbourhood will prove disastrous.

“My feeling is that it might look very nice. But I think it will be a disaster and the reason is because that is the busiest intersection for pedestrian traffic and public transit right this minute,” she said, arguing residents who move into expensive condos won’t want to line up in endless queues for transit and will use cars instead.

“I can understand the logic. I get on a theoretical level you want transit-oriented development around transit stations, but that presumes there’s enough space on the transit to accommodate that increase in population. And that’s one intersection that can’t handle what it’s got now. So I have no optimism about this.”

Barkley was also surprised to learn at city hall July 27 — prior to the adoption of the community plan — that Safeway isn’t prepared to accept a building of more than one storey. Safeway holds a long-term lease on the property that totals more than 50 years, according to comments to council from Kevin Pritchard, development manager with Crombie REIT.

While city’s final plan allows for either a one- or two-storey grocery store, a one-storey building, Barkley noted, would obviously require a much larger footprint.

Pritchard also told councillors at the July 27 meeting that Safeway “will be reluctant to redevelop their existing successful store unless their current retail setting is substantially improved.”

Barkley, meanwhile, plans to keep an eye on the overall project as it progresses, particularly paying attention to how pedestrian-friendly it is, the size of the plaza space and how it will be used, as well as shadowing — “how oppressive it is,” she said. Grandview-Woodland residents, she noted, were particularly concerned about public space during the discussions around the community plan.

Eileen Mosca, a long-time community activist in the neighbourhood, said she and other residents are questioning why the meeting about the Safeway site is being held midday on a holiday weekend. She thinks consultation is starting off on the wrong foot and that the meeting should have been scheduled on a weekday afternoon or evening when the maximum number of locals could attend. It should take place in a location closer to the site in question, she added.