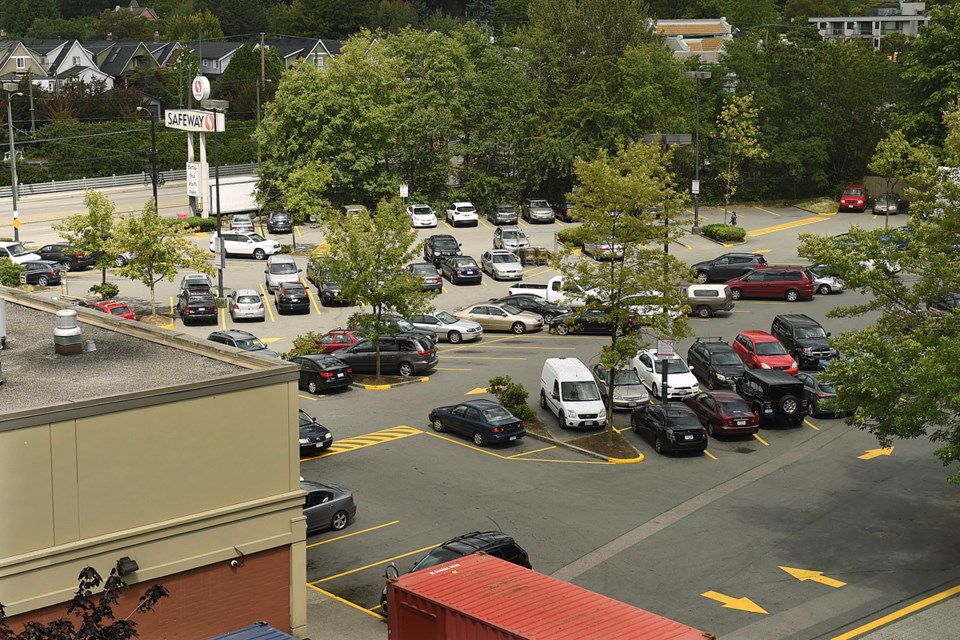 A "community social" has been re-scheduled for Nov. 19 to discuss the future development of the Safeway site at Broadway and Commercial. Crombie REIT owns the land and Westbank is the developing partner. Photo Dan Toulgoet

A “community social” about the redevelopment of the Safeway site at Broadway and Commercial is back on after it was postponed for several weeks following the unexpected death of architect Bing Thom, whose architecture firm is involved in the project. Thom died Oct. 4.

The website for the redevelopment includes a note from the project team acknowledging Thom’s death: “The project team is deeply saddened by the sudden loss of our project architect, Bing Thom, who was passionately involved in the initial ideas for the Safeway site,” the message states. “Bing Thom was a visionary architect and his enthusiasm for the transformative power of architecture inspired many both near and far. His human-scale approach invigorated the public realm, as he believed in ‘building beyond buildings,’ creating beautiful spaces for the community.”

Crombie REIT owns the Safeway site land and Westbank is the developing partner.

The Grandview-Woodland Community Plan allows for two 24-storey towers on the Safeway site, 12-storey buildings around the edge, small retail, offices, a public plaza, and space for a one- or two-storey grocery store. Safeway, which has a long-term lease that totals more than 50 years, has indicated it only wants a one-level store.

He touched on several issues, including Safeway’s insistence for a one-storey store, density and height for the site, and he asked for flexibility on the wording in the plan about tower and podium.

“We think there’s an opportunity here to create a different kind of, let’s say, mid-density and mid-rise kind of development on this particular block that could be quite interesting for families and encourage a different prototype in terms of buildings in areas that are surrounded by single-family homes,” he said.

After Kevin Pritchard, development manager with Crombie REIT, confirmed at the same council meeting that Safeway will not build a store over two levels and that “revitalization of the site will not happen without agreement from Safeway,” Coun. Geoff Meggs expressed concern about Safeway’s expectations for a new store.

In an interview last week, the Courier asked Meggs if he’s still concerned about Safeway’s influence on the site’s redevelopment.

“I don’t exactly know what Safeway’s proposing, so in general terms I worry when we see commercial tenants drive the design based on their experience when we’re building something for the future,” he said. “What I mean by that is, we now see two-storey grocery stores here in Vancouver, including one at Smithe and Burrard. So it’s possible. I don’t know whether it’s always desirable.”

A second related issue Meggs raised is parking requirements and what those in the grocery industry assume is necessary.

“Both [issues] can have a big impact on the outcome,” he said. “So I raised the question [on July 27] because I don’t want their assumptions to necessarily determine the outcome. [The proponents] have a strong team working for them so I assume they’ll test every opportunity to do things differently.”

Meggs said flexibility is needed on all sides to get the best design.

“I have no qualms about encouraging city staff to show flexibility and creativity in these discussions, but I want the proponents to do so as well,” he said, later adding, “My caution goes to community advocates, too — to understand the critical role that whole site plays in the region. It’s at the crossroads of our SkyTrain routes. When council reviews these things — of course we have the community plan and we went through that process, we’ve got to be totally respectful of it, but we also have to remember that this is not just a neighbourhood plan, it’s one that has significance regionally because it’s got to support that rapid transit system, which is key to some kind of sustainable city down the road.”

The proponents have indicated they want to “reimagine” the property and brainstorm “a new urban typology for the city and for family living” at the community meeting, although it’s unclear what that means.

Attempts to contact them in late September were unsuccessful. The Courier was told “it will be a conversation with the community first.”