Downtown school will still be called Crosstown elementary despite several attempts to change its name
Jan 30, 2018 2:28 PM By: John Kurucz 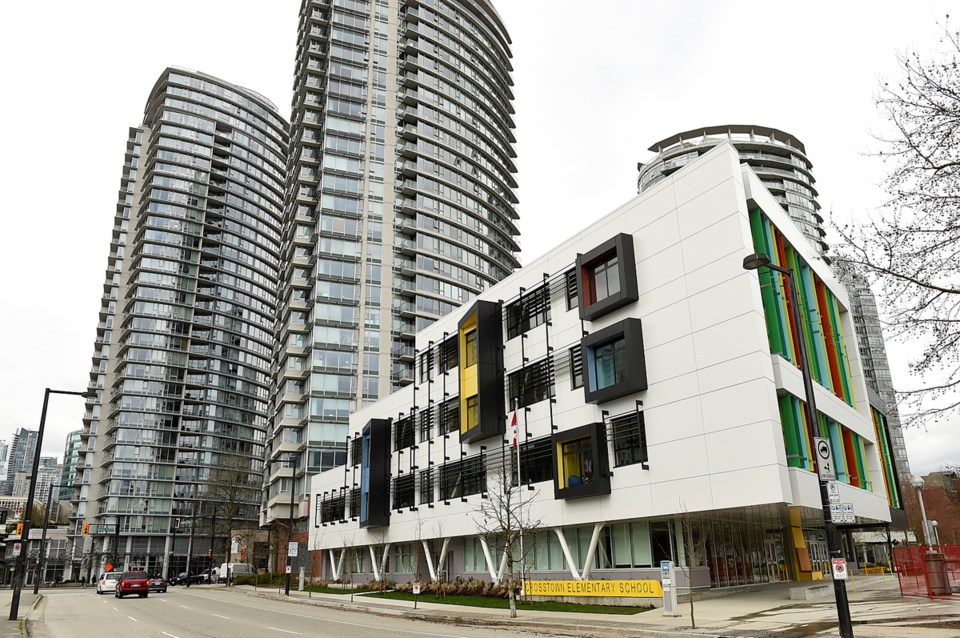 School board trustees voted 5-3 against a motion to change the name of Crosstown elementary to Alexander Won Cumyow elementary school. Photo Dan Toulgoet

A protracted, year-long battle to change the name of a downtown elementary school has ended back where it started.

First brought forward by Vision trustee Allan Wong, the motion sought to change the school’s name to Alexander Won Cumyow elementary school. Cumyow was a Chinese-Canadian activist, court interpreter and legal advisor from the late 1800s and up until his death 1955. None of Vancouver’s more than 110 schools reflect Asian-Canadians in name.

“If we are a city that is committed to reconciliation, then it is time to right our historical wrongs on all fronts,” Bercic told the Courier via email Tuesday. “It is also time to have a school honour the legacy of Asian Canadians and the impact they have had on our history.”

Officially opened in September 2017, Crosstown elementary is located adjacent to Rogers Arena. Its moniker was adopted in December 2016, back when the district was without elected trustees. About 40 names were submitted at that time and a staff report noted the decision reflected the divergence of neighbourhoods surrounding the school: Gastown, Chinatown, Yaletown, Downtown and Northeast False Creek.

While some hated it, that didn’t appear to be the case with a good cross section of the school’s parents, students and surrounding community. An online petition surfaced late last week indicating support for keeping Crosstown, and it garnered more than 600 backers in seven days.

“The consensus among students, parents and faculty at Crosstown is that we love our school name and feel very attached to the culture we have been building around it over the last couple of years,” petition starter Deborah Barnett wrote in the online campaign.

Fraser said the majority of correspondence she received on the issue reflected those sentiments as well. “All the emails I got from parents at the school, and we also got a package of letters and pictures from students at the school, wanted to keep the name Crosstown,” she told the Courier Tuesday.

The board’s current policy states: “Names selected for Vancouver schools should honour the historical and cultural/ethnic heritage — including the First Nations community, recognize outstanding individuals, be reflective of the region, or be significant to the geography of the area. Names of individuals should only be used posthumously.”

Interestingly enough, Fraser introduced a motion at Monday’s meeting to examine the district’s school naming policy. The intent is to “enable better representation of the city’s historic multicultural heritage and the board’s commitment to reconciliation.”

It’s been referred to a committee meeting in early February and will likely be back before the board later in the month.

Should Fraser’s motion pass, individual school and community groups, along with input from Indigenous voices, will be tasked with developing and implementing the policy.

“A lot of people who wrote to me said we have 110 schools and not one of them is named after a Chinese-Canadian and that’s absolutely correct,” the board chair said. “I think that is something that should be changed, but we have to do it in a thoughtful and considerate way.”