Much competition set to flow in the cannabis-drinks niche
Oct 9, 2019 9:27 AM By: Glen Korstrom,Albert Van Santvoort 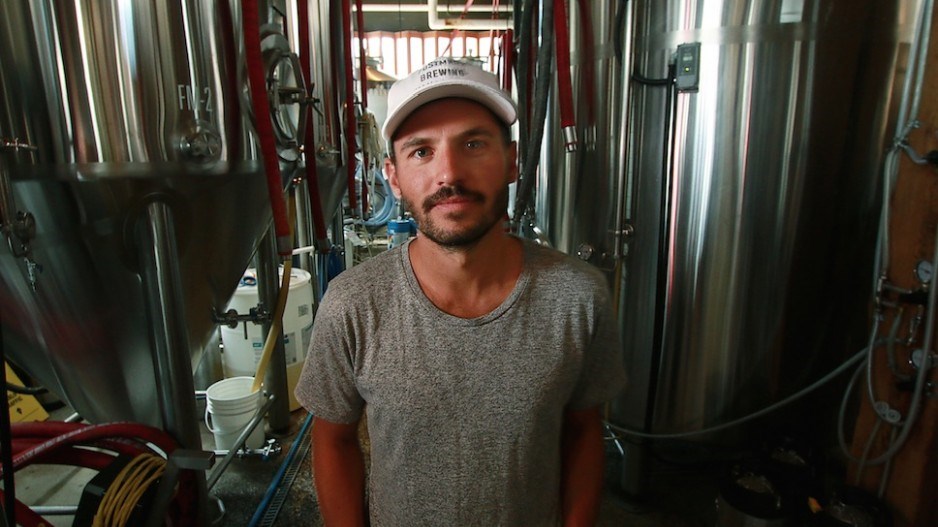 Large players have gobbled smaller rivals and are dominating Canada’s legal cannabis industry, but small firms may be about to have their day in the sun.

Many entrepreneurs believe that when Canada legalizes cannabis edibles, drinks, concentrates and topicals in October, benefits will flow to smaller ventures.

Deloitte estimates in a recent report that the second wave of cannabis legalization, or Cannabis 2.0, will open a $2.7 billion market in Canada, with cannabis-extract-based products, including edibles, accounting for about $1.6 billion.

“You’d be shocked at the size of the edibles industry,” said Brandon Wright, CEO of Dynaleo, which develops and plans to manufacture edibles at an Edmonton facility. “Cannabis gummis are already being purchased by the millions of units.”

This new wave of cannabis products provides opportunities for smaller players within the industry because they can operate in modest labs. They do not need large swaths of land and expensive greenhouses to participate in the industry.

This new breed of producer can buy dried cannabis flowers and add value by extracting concentrates that can be used in edibles, drinks and other products — often using little real estate.

“There’s a lot of expectation out there that edibles are going to be available come October, and I’m going to shoot a giant hole in that right away,” said Wright.

Indeed, despite widespread excitement from producers, retailers and customers about the Oct. 17 legalization date, the reality is that edibles will not be on store shelves until Dec. 16 at the earliest, according to Health Canada.

The British Columbia Liquor Distribution Branch separately had a call to review all potential new products earlier this year. But Health Canada requires producers to apply to have their licences amended to allow them to make edibles, starting on Oct. 17.

It said that this process will take at least 60 days, but for many players it could take much longer.

This means that consumers may be waiting until January 2020, or later, to see cannabis edibles and drinks on store shelves.

Steve Thorp, co-founder and managing director at Postmark Brewing, is an example of an aspiring cannabis-infused drinks entrepreneur. His brewery now makes beer, but he plans to partner with licensed cannabis producer (LP) Tantalus Labs to make a range of THC-laden beverages.

Because he does not want to be offside with the provincial government, Thorp stressed that he is embarking on the project with Tantalus on his own and that it is a completely separate venture from his brewery.

All the drinks that the partnership produces are intended to be local and artisanal — what Thorp considers the “craft” category.

“Look at any marketplace right now, from coffee to liquor to clothing to anything,” he said. “People want small craft … local [products]. They want a story. They want authenticity. They want uniqueness, and a lot of that comes from the small-producer market.”

Thorp is bringing beverage-industry knowledge gleaned from seven years in the sector. Tantalus, he said, is bringing its experience with cannabis.

When drinks roll off the Tantalus assembly line they will have many competitors.

Vancouver-based LP Sproutly Canada Inc. announced in April that it has partnered with New Brunswick brewer Moosehead Breweries Ltd. to create a joint venture that will produce cannabis-infused drinks.

Vancouver-based LP Invictus MD Strategies Corp., which is best known for its partnership with rock star and Kiss frontman Gene Simmons, said the same month that it has partnered with Simmons’ MoneyBag Sodas and Rock Steady Sodas, to make non-alcoholic, cannabidiol-infused beverages to be distributed across the U.S. and Canada.

B.C.-based companies such as Tilray Inc., Emerald Health Therapeutics and Chemesis International Inc. have also jumped on the research bandwagon to improve technology for infusing drinks with active cannabis ingredients.

While edibles have been part of both cannabis culture and the black market for decades, the same cannot be said for cannabis-infused drinks. That is largely because it is simply much more difficult for people to make a cannabis-infused drink in their kitchen than it is for them to bake pot brownies.

The cannabis-drink industry is therefore less predictable and is likely to encounter more challenges, since its viability hasn’t been tested by the black market to the same degree other cannabis consumables have.

There are some cannabis drinks for sale now in the black market and they are on display at events such as 4/20, but their presence is minimal.

Introducing a new product category to an untested market comes with its own hurdles, and there are two main ones in creating THC-laced drinks. One is that many believe that cannabinoids taste bad. The other main obstacle is that cannabinoids are difficult to infuse into water-based drinks because they are oil-based in their purest form.

The drive to make cannabinoids water soluble, however, stems not just from consumers’ desire for homogenized drinks with a consistent texture, but also from a delay in the effects of oil-based cannabinoids, which bind with fat in the human body before they’re absorbed. That means their effects are not felt for 90 minutes or more. Alcohol, in contrast, fuses with water and is absorbed quickly into the bloodstream.

Boutique edibles and drinks producers are not the only entrepreneurs expected to benefit from legalization.

Retailers expect a bump in sales from Cannabis 2.0

Many cannabis retailers are also small-business owners, particularly in B.C., where there is a limit of eight stores per ownership group.

Jeff Donnelly, who owns the Hobo Recreational Cannabis Store chain, told Business in Vancouver that he expects sales to double once he is allowed to sell edibles, concentrates and other Cannabis 2.0 products.

Many retailers across Canada have complained that they have suffered some shortages of dried flower. With Cannabis 2.0 about to dawn, they will have more products to potentially stock. They will also be able to go head-to-head with black-market store owners who have long been selling edibles.

Health Canada sought Wright’s input on which products would hit the market first. He told them that chocolates, gummies and drinks are likely going to be first, and he expects them to be rolled out during the 2020 calendar year.

This is all with the exception of Quebec, which has said it will institute strict limits against any hard candy, chocolates or other edibles that might be seen as targeting minors.

Other provinces may follow suit, and Solicitor General Mike Farnworth has said multiple times that he is concerned about cannabis gummies being marketed to minors.

He has not yet, however, instituted any provincial restrictions.