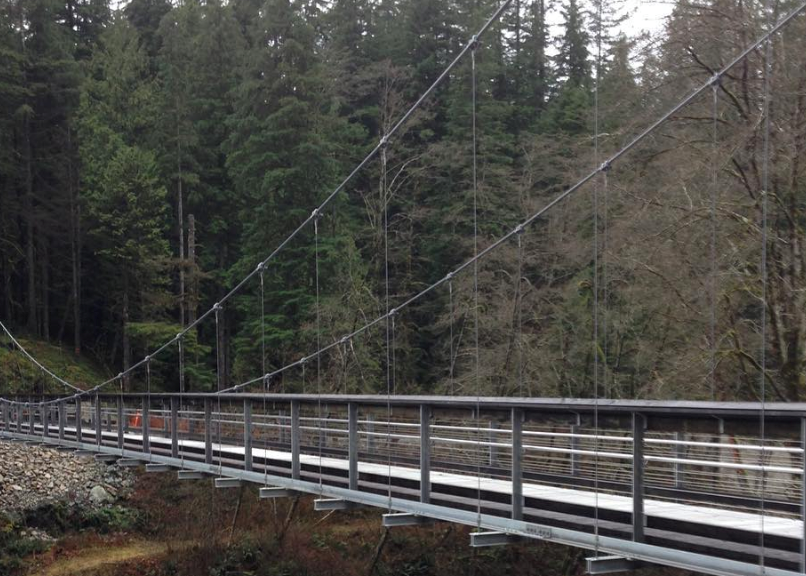 While it was originally slated to open in November, the Seymour River Suspension Bridge officially opened yesterday.

The North Vancouver bridge opened to the public on Thursday, December 20; however, the powerful winds that day may have prevented most people from venturing out to see it.

The crossing serves as a replacement for the Twin Bridge, which was removed after a rock slide in the Lower Seymour Conservation Reserve. With that in mind, it is longer and higher than the former bridge, and some of its first visitors have already appreciated the upgrades on social media.

It is a rigid suspension bridge, 75 metres long, and 2 metres wide. What’s more, it is accessible to various motor-less traffic such as hikers, cyclists, and dog walkers.
Seymour River Suspension Bridge

Metro Vancouver also announced that a new staircase on the Baden Powell Trail is also open to the public. It provides trail users with safer and more convenient access to connecting trails in the Lower Seymour Conservation Reserve.

The Lower Seymour Conservation Reserve is located downstream of the Seymour Watershed and is managed by Metro Vancouver for its capacity as a water reserve and for its recreational, educational, and ecological values.