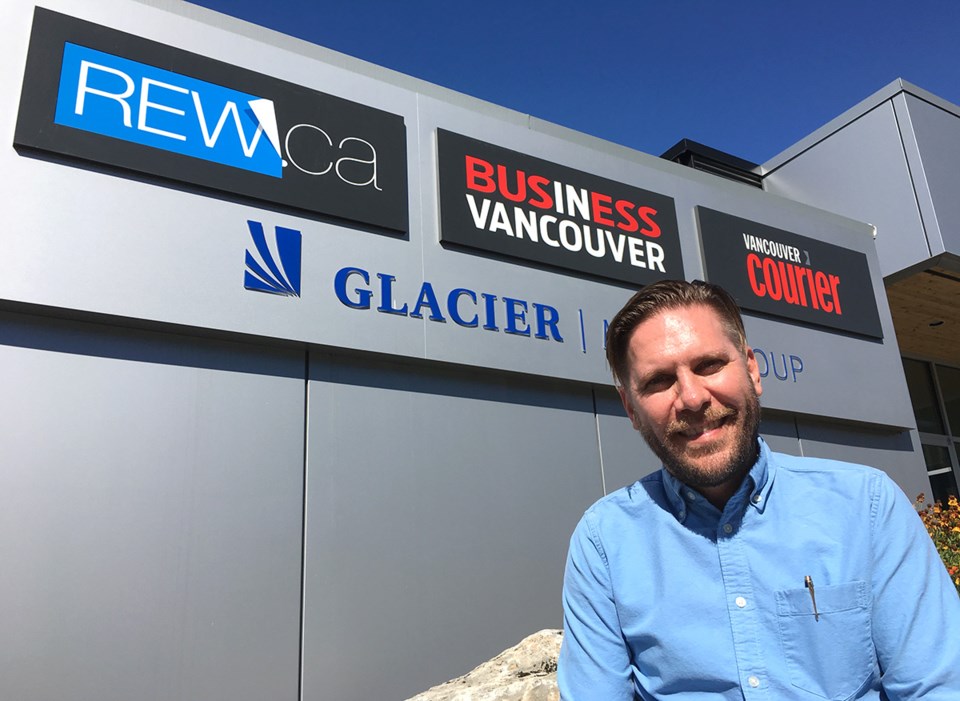 Bob Kronbauer is excited about the sale of Vancouver Is Awesome to Lower Mainland Publishing, a division of Glacier Media. He’ll now be based at the company’s offices on West 5th Avenue.Martha Perkins

Vancouver is about to get a lot more Awesome.

On Thursday morning, Vancouver is Awesome founder and editor-in-chief Bob Kronbauer announced that he has sold his popular online lifestyle publication to Lower Mainland Pubishing, a division of Glacier Media.

“If I could choose one company to be part of, it’s the perfect fit,” he says. “Glacier Media’s resources are amazing and I can’t wait to see where we can bring Vancouver is Awesome now.”

Kronbauer will continue to be VIA’s editor and content driver. He will be working out of Glacier Media’s offices on West 5th Avenue.

VIA, which he started as an antidote to Vancouver’s reputation as a No Fun City, has always been about people, he says.

“Our strength is connecting with Vancouverites. We remind people of what’s great about our city and, I hope, showing people how to make the city better.”

Along the way, VIA started to serve some of the same purposes of a community newspaper — albeit a newspaper that focuses primarily on positive news. “Everyone wants an online gathering place where people can feel connected to their neighbours by sharing their love for Vancouver,” he says.

What started out as a blog has morphed into a popular social media presence. In recent years, Kronbauer has also teamed up with Artaban Productions to create a VIA TV show, BC Was Awesome: Uncovering Our Curious History with Bob Kronbauer. He just wrapped up filming 12 new episodes for season two, which opens with “that time elephants stampeded through B.C.”

“Glacier sees the value of what we’re doing and what we can do with the added resources,” he says, noting that as the only full-time employee, he’d grown VIA to be as big as it could be on his own.

For its part, the addition of VIA further broadens Lower Mainland Publishing’s reach and focus on social media, a large part of its growth in recent years.

"Bob is a highly entrepreneurial digital native and will be a great asset to our team" says Alvin Brouwer, president of LMP LP. "With his leadership, our goal is to build on the successful brand he has established."