Should the Canucks trade the fifth overall pick? 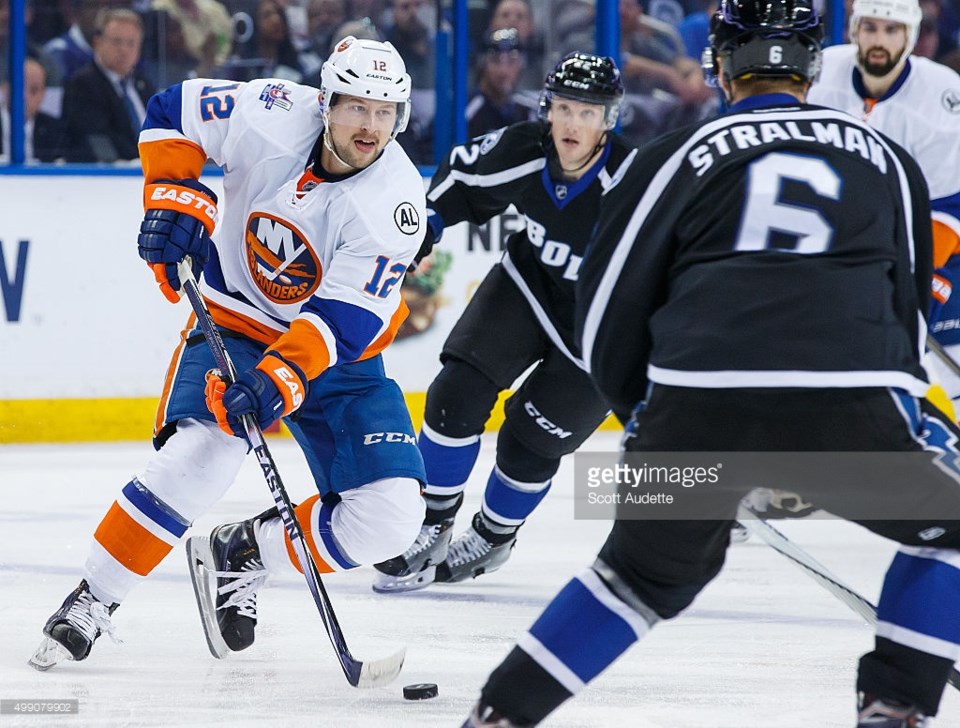 Darren Dreger, as he is wont to do, raised a ruckus last week when he suggested the Canucks might be interested in trading the fifth overall pick for some more immediate help.

“Jim Benning did not like being part of the non-playoff picture,” said Dreger on Winnipeg’s TSN 1290. “He’s going to do whatever it takes to make sure that doesn’t happen again.”

That “whatever it takes” has some Canucks fans nervous. That’s the type of language you use if you’re Randy Hnatko from Trainwest Management, who is deadly serious about sales and profitability, which is, in my opinion, too dang serious. A general manager in the NHL shouldn’t do “whatever it takes” to get back into the playoffs if the “whatever” in question costs the team its ability to sustainably make the playoffs year after year in the future.

Are the Canucks likely to trade the fifth overall pick for a current roster player? No, probably not, and Bob Mckenzie poured some water on that particular fire. I’m sure Jim Benning will be open to offers and, if the offer is too good to refuse, he’ll throw in as many other draft picks as he needs to get the deal done, but trading away a potential franchise player for an older, established player doesn’t make sense.

The Canucks could still trade the pick, however, but not for immediate help to get back to the playoffs. Moving up or down the draft are both still reasonable possibilities.

At fifth overall, there’s not a lot of room to move up the draft, but rumours persist that the Columbus Blue Jackets are open to trading the third overall pick. It’s said they’re not sold on Jesse Puljujarvi, who everyone expects to go third overall, with some still arguing that he is better than his countryman Patrik Laine.

If the Blue Jackets aren’t sold on Puljujarvi, the Canucks are a compelling trade partner. For the Canucks, getting one of the “big three” at the top of the draft would surely boost flagging morale in the fanbase, as well as give them a franchise forward capable of stepping into the lineup immediately.

For the Blue Jackets, a deal with the Canucks would make plenty of sense, as they would surely be able to get the player they want at fifth overall and could some additional assets.

Puljujarvi’s stellar performances internationally at the World Under-18 Tournament and World Junior Championship surely impressed Benning, who has shown a tendency to value international performance. It would just be a question of cost: what other than the fifth overall pick would Benning have to part with?

The other possibility is moving down the draft. While there’s a growing consensus that Pierre-Luc Dubois and Matthew Tkachuk are the best players available outside the top-three, there are other players likely to go later in the first round that are arguably just as good.

A couple weeks ago, I highlighted some of those “off the board” players that the Canucks could target, like Clayton Keller, Tyson Jost, or Logan Brown, but it really wouldn’t make much sense for the Canucks to pick one of them at fifth overall.

By trading down, however, the Canucks could get one of these players or another blue chip prospect, potentially one in a position of need at defence, and also acquire additional picks, making up for losing the 33rd overall pick in the Eric Gudbranson trade and their failure to get picks at the trade deadline.

Rob Williams noted how the New York Islanders did exactly that at the 2008 draft:

They traded down from #5 to #7 and were given a second and third rounder from Brian Burke. Then they turned around and dealt the #7 pick to the Nashville Predators in exchange for the #9 pick and a second rounder.

Moving down four spots in the draft got the Islanders three valuable draft picks.

The Islanders' pick at ninth overall, Joshua Bailey, was derided at the time, but he's become a key part of their current competitive team. Since he was ranked much lower than their fifth overall position but was higher on their draft list, they made a savvy move in trading down and acquiring more picks.

There are plenty of reasons why trading down would make sense for the Canucks. Whether the Canucks pick Clayton Keller or Pierre-Luc Dubois, I would be equally excited, so why not trade down a few spots, still get a blue chip prospect like Keller and also add assets.

Adding a high second round pick or even a late first round pick—both Arizona and Boston have two first round picks this year—could do wonders for the Canucks prospect pool. Look at Brock Boeser, who Benning picked 23rd overall and is now the Canucks’ best prospect; imagine getting a franchise player and another player of Boeser’s caliber.

But there’s also a big reason not to trade down: Matthew Tkachuk and Pierre-Luc Dubois are just too tempting to pass up.

The question for Tkachuk is how much of his 107-point season is a result of playing with amazing linemates like Mitch Marner and Christian Dvorak with the London Knights or Auston Matthews with Team USA. But it’s awfully hard to dismiss him, particularly after he scored 20 goals and 40 points in 18 playoff games, then another 5 goals and 8 points in 4 games at the Memorial Cup.

Yes, Marner outscored him in the OHL playoffs and at the Memorial Cup, but those types of numbers are impossible to ignore.

Dubois, meanwhile, is a potential first-line centre, something the Canucks still need with Henrik Sedin aging, albeit gracefully, out of the role. Dubois scored 42 goals and 99 points in 62 games, finishing third in the QMJHL in scoring, with less help from his linemates than Tkachuk, though Evgeni Svechnikov and Maxim Lazarev are both excellent players.

Are either Tkachuk or Dubois guaranteed to be better NHLers than guys like Clayton Keller, Tyson Jost, Logan Brown, or one of the many defencemen available in the first round? Of course not. Nothing’s guaranteed. But both are just a little too good to pass up for the Canucks.