In the age of social media, rule breakers fly in the face of regulations and safety
Jun 9, 2019 6:00 AM By: Michael Kissinger 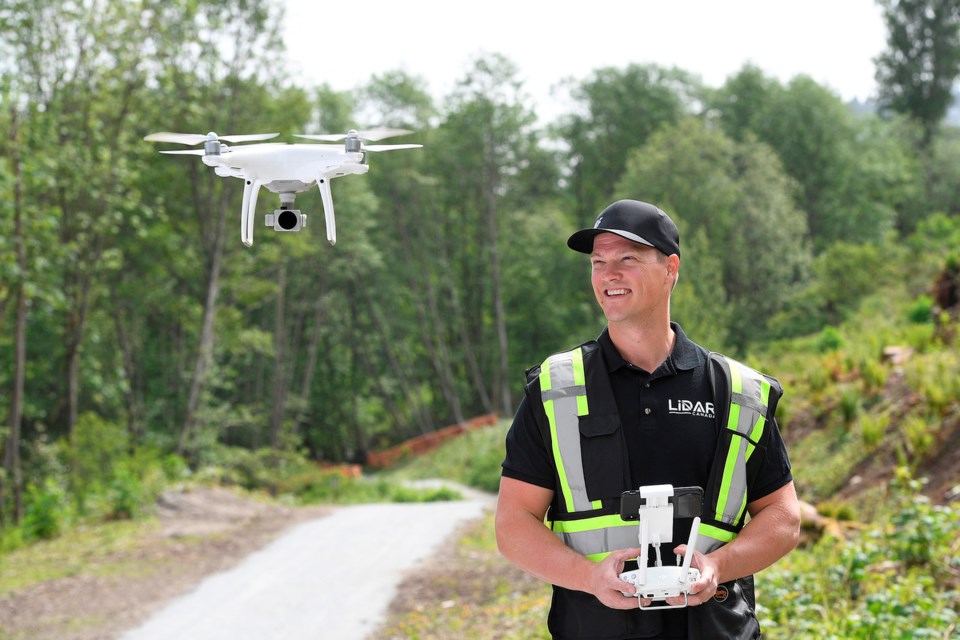 Jon Ross shoots drone footage for the tourism industry, the film and television industry, live events, music videos and realtors — and it can be a hassle. Photo Jennifer Gauthier

From cinematic tourism commercials and savvy real estate promos to social media-obsessed millennials and obnoxiously over-the-top wedding videos — are there any other kind? — aerial drone footage is having a moment.

For one thing, it looks great. More importantly, advances in technology have meant DIY cinematographers don’t have to break the bank to shoot sweeping vistas and dramatic cityscapes, once the sole domain of big budget movies.

All of which is good and bad for someone like Jon Ross.

A model plane enthusiast since he was a kid, Ross runs Jon Ross Films, shooting drone footage for the tourism industry, the film and television industry, live events, music videos and realtors. He’s also the co-founder of LiDAR Canada, which focuses on mapping, search and rescue, and engineering applications.

Business is soaring for Ross and his 11 drones, which cost from a few hundred dollars to $110,000, but so, too, is the number of amateur drone operators who ignore federal regulations and act recklessly for that perfect shot in hopes of setting the internet on fire.

“Jesus, open Instagram, it’s everywhere,” says Ross. “Probably my biggest complaint is that there’s these rules and regulations that we’re all supposed to abide by. And many people don’t, and they get these fantastic illegal shots of Vancouver. You see them all over Instagram, looking a thousand feet up, looking straight down over the Lions Gate Bridge. You are directly in the flight path. And larger social media outlets in Vancouver — I’m not going to name names, but pretty much all of them — they’ll share these photos and they’ll get a bajillion likes and get new followers, and Transport Canada is not going after these people. It’s frustrating, and it’s everywhere.”

Ross says getting caught breaking the law could be financially devastating to a commercial operator such as himself, but for viral video thrill seekers, enforcement is lacking and not enough of a deterrent.

According to Transport Canada stats, in 2017, six people were issued fines ranging from $250 to $2,000, for violation of drone regulations in the Pacific Region (Transport Canada doesn’t compile statistics by province or municipality). In 2018, only one person was fined in the region and, in the first three months on 2019, two people received fines.

New federal drone regulations, which came into effect June 1, require operators of any drone between 250 grams and 25 kilograms, whether commercial or recreational, to pass an online exam and get a pilot’s certificate. They also have to register their drones and mark them with the registration number. Drones must also be flown:

Vancouver has its own set of challenges for flying drones — you can’t. At least without permission from Nav Canada, says Ross, since Vancouver is controlled airspace. Harbour Air controls the space when its float planes are in operation and YVR controls the airspace the rest of the time.

No droning map for the lower mainland area the includes Vancouver. Wherever you see red, no drone operations unless there is written authorization from NavCanada. pic.twitter.com/6F05E1xnML

To shoot drone footage in Vancouver, Ross also needs written permission from the property he intends to fly over. Once the permissions are in place, and he’s given Nav Canada at least 48 hours’ notice of when and where he plans to fly, he needs a crew of a least two people — a ground supervisor and a pilot. He also has to cone off a 100-foot perimeter that acts as a takeoff and landing zone that no one else can enter. The drone can’t cross any roads either. It basically travels up and down, and once it lands, Ross has to call air traffic control to tell them he’s done.

If he wants to fly over a city park, however, it’s a whole other level of bureaucracy and permits dealing with the city and the park board.

“It’s really tricky [with parks],” Ross says. “There are migratory bird situations… they involve a biologist usually. It’s a nightmare.”

The density of Vancouver is also prohibitive to shooting drone footage. The simple fact is there’s not enough room to fly drones legally downtown, says Ross.

On the other hand, the city is surrounded by water. “So if you have access to a boat and/or a dock and you can secure a chunk of water to fly over, that’s a huge perk,” says Ross.

Of course, it’s not all friendly skies. Ross has had his drones attacked by seagulls while flying over St. Paul’s hospital. He’s also had to reprimand construction workers who thought it would be funny to shoot their nail guns at his airborne craft.

However, the most common obstacle in the flight path of shooting drone footage in the city is a very Vancouver one.

“It rains a lot,” says Ross. “You can’t fly in the rain, so you can really only shoot half of the year.”