Something fishy going on underneath Cambie Street Bridge 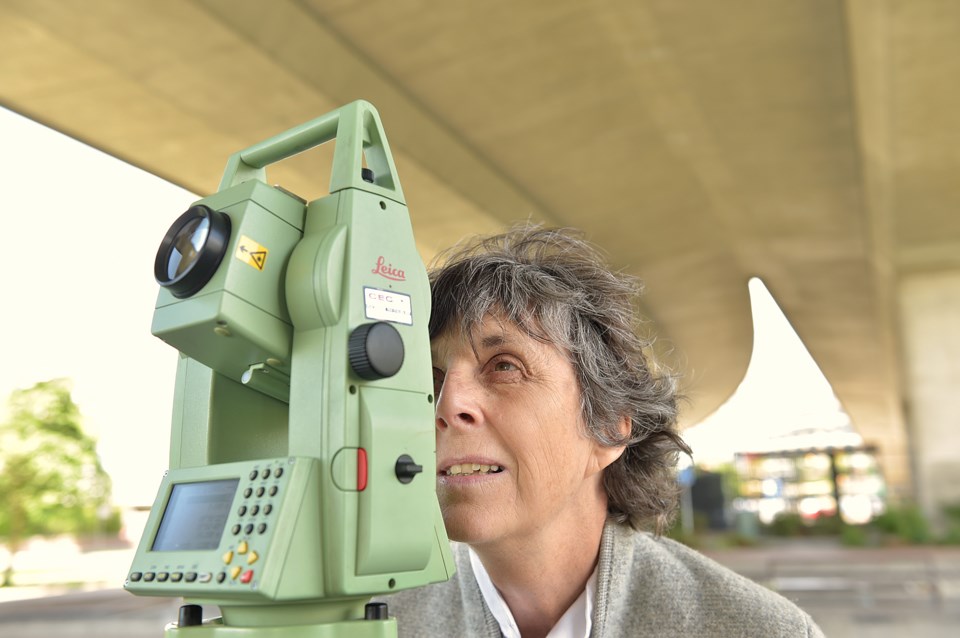 Wild salmon will return to False Creek later this month for the first time in generations.

Sure, they’re not actually wild, nor will they be submerged in water. In fact, they won’t even be live fish.

That’s where the imagination of Vancouver filmmaker Nettie Wild comes in. She’s poised to unravel her latest art installation, Uninterrupted, across the Cambie Street Bridge on June 28.

Wild’s work does not, however, dip its toes into the political waters associated with salmon conversation.

“Everything is so crazy polarized right now, but if you come in with a piece like this that delivers an experience that has all sorts of beauty, complexity and unanswered questions, you’re not waving your finger at someone,” Wild said. “You’re inviting them into a conversation.”

Uninterrupted took seven years to pull off from concept to realization. Wild’s inspiration came by way of a trip to the Adams River in 2010, a time when the biggest sockeye run in a century wound its way near Kamloops. Overall, the fishery saw 35 million sockeye return, of which about five million made it to the Adams.

It was there that Wild saw the circle of life play out before her thousands of time a day.

“I stood on the edge of that river and I said, ‘Wow, something is going right in this world,’” she said. “I was really touched by the fact that I was looking at something that had been going on for millennia. If left alone, it will continue uninterrupted into the future.”

Successive trips were made to the Adams for film shoots and dozens of crew members had their hands in on the production. One of the stars of the show is a camera that captures 2,200 frames per second — in that context, a simple flap of a fish tail instead looks a sinewy ballerina preening across a stage.

Permitting and permissions came next, and Wild got blessings from the city, park board and local First Nations. Funding came by way of government and grants and the project is being touted as a Canada 150+ celebration.

The end result will include eight projectors at one end of the bridge, projecting images across the water alongside an original music score that blends the natural sounds of the river with a musical soundscape. Every night at 10, audiences will convene on the north side of the bridge at Coopers’ Park to take in the free spectacle.

Wild said the Cambie Bridge in particular is the ideal location: the acoustics will allow for sound to travel but not bounce too much off surrounding structures. The grey background of the bridge’s legs allow for perfect projection and the location nicely juxtaposes city life with natural calm.

After its Vancouver run, Wild hopes to get further financial backing to give the project international legs. “Could you imagine salmon on the pyramids?” she asked.