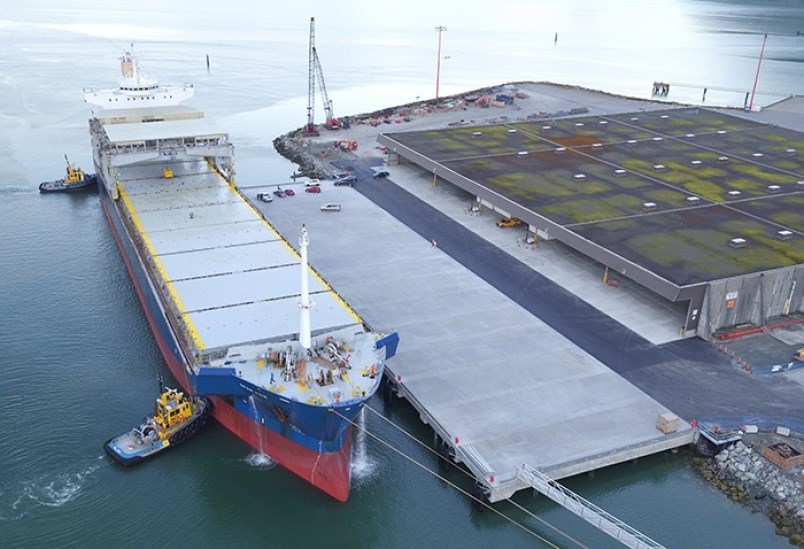 Squamish Terminals has been sold by its Norwegian owner to the subsidiary of an American company responsible for one of the world’s biggest private marine terminal operations.

Western Stevedoring bought 100 per cent of the corporation from Norwegian company Grieg Star Shipping, the terminals’ previous owner, on May 10.

The new proprietors declined to name the selling price, but BC Assessment estimates the terminals are worth about $23.64 million. This would make it the second-most valuable property in Squamish, with the Garibaldi Shopping Centre leading at about $31.6 million.

North Vancouver-based Western Stevedoring is a wholly-owned subsidiary of Carrix Inc., headquartered in Seattle. Carrix owns SSA Marine Inc., which brands itself as one of the largest private marine and rail terminal operators in the world.

“It’s business as usual, so we’ll continue to handle forestry products, steel, project cargoes and the like,” said Stegeman.

Stegeman said there aren’t any major personnel changes expected either.

“There’s no layoffs contemplated at the site,” she added.

Western Stevedoring president Brad Eshleman had a similar message when speaking to the Squamish Chief.

“There’s no immediate changes contemplated,” said Eshleman. “We need to have a good review and discussion with the management at Squamish Terminals. We have full confidence in their ability.”

“In everywhere we operate in B.C., we take both… the environmental aspects and community aspects into account when we operate any operations,” he said. “We’ll take the same approach in Squamish Terminals.”

In a news release, Squamish Terminals chair Rune Birkeland said, “Now is the right time for the terminal to continue under new ownership.”

“Western Stevedoring has the right focus and expertise to further strengthen the terminal, and we are confident it is in the right hands going forward,” Birkeland said.

The president of the International Longshore and Warehouse Union, Local 500, which represents terminals workers, declined to comment for this story.