Staying sober without keeping the faith

Agnostics and atheists step outside the traditional AA model
Feb 27, 2017 10:26 AM By: John Kurucz 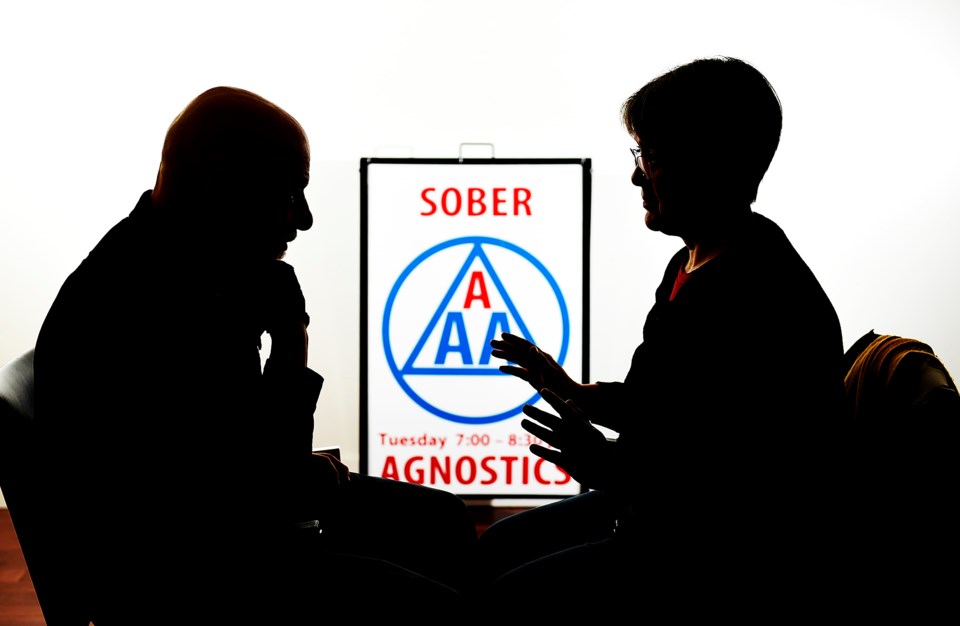 In a past life, it would have been akin to uncovering a winning Lotto ticket, if not a gift from God.

Less than five years into his newfound sobriety, Steve B. found an untouched and unattended crack pipe, filled to the brim with the insidious substance that’s ravaged thousands of lives in Vancouver. (In keeping with rehab protocols and to respect their privacy, the Courier has chosen to not publish the last names of those currently attending meetings.)

“I picked it up, looked at it and walked back inside to work — that reinforced my commitment to sobriety,” Steve said. “When I think of alcohol and when I think of crack, I don’t jones for it. I am repelled. I want anything but that. I had 40 years of that s***.”

At 67, Steve has been through rehab countless times. He has relapsed daily, monthly, annually. There are five DUIs on his record. A marriage has fallen by the wayside, along with lucrative career paths. By the early 2000s he was living on the Downtown Eastside addicted to crack.

It was, in addiction parlance, his “bottoming out.”

Steve’s journey toward recovery has come by way of addition through subtraction. He is a co-founder of Sober Agnostics, a faithless rehab program based in Vancouver that shuns any mention of God in its 12-step philosophy.

That’s a marked departure from Alcoholics Anonymous (AA) or other traditional 12-step programs, where references to God are included in most steps.

“If AA is the lifeboat for alcoholics, and if you’re an atheist, you’re out,” Steve said. “Trying to force people to believe in God is condescending and it’s condemning people to an alcoholic death.”

Sober Agnostics began nearly five years ago. Ironically enough, the group meets at Holy Trinity Anglican Church, at the corner of 12th Avenue and Hemlock Street. That setting is chosen based on cost alone, as rental fees are 90 per cent less than other venues, Steve said.

Anyone experiencing addiction issues, whether they be drugs, alcohol, gambling or otherwise, is welcome to attend weekly meetings. Members range in age from their early 20s to their 70s and are predominantly men. Most come from middle-class families, others are “rich white people,” Steve said. The numbers range between five and 12 at each gathering.

Where AA has the “Big Book” to espouse its tenets, Sober Agnostics rely on what’s referred to as the “Little Book.”

Within both publications is the 12 steps, referred to as “How It Works.” Hilary J. modified those steps within a faithless context for the Sober Agnostics, and she now chairs weekly meetings and serves as the group treasurer.

She also happens to be Steve’s partner of eight years. Hilary is poised to celebrate six years of continuous sobriety, while Steve is on the precipice of his seven-year mark.

Both freed themselves from the shackles of addiction only after going Godless.

“I re-wrote [‘How It Works’] to focus more on our own self-empowerment, that we are taking responsibility for our own recovery, we are striving to overcome our weaknesses, as opposed to the traditional steps where you’re asking God to remove your defects of character,” said Hilary, 51. “I’m not asking God to do anything. I’m taking it upon myself to try to correct my defects of character.”

Stand-up comedian and life-long atheist Mark B. Hughes — who agreed to have his last name published — used personal work-arounds during his 12-step recovery.

“Lots of atheists go through them,” he said. “When they start talking about God, you try not to roll your eyes. You do your best to get along, and go along. For the most part you can adapt those steps to however you want.”

The 12-step tradition was first championed in the 1930s by an American who went by the name of Bill W. He was Christian. Step 3 of the traditional doctrine states that AA participants “made a decision to turn our will and our lives over to the care of God as we understood Him.”

Five other points within the 12 steps make allusions to God.

Despite Steve and Hilary’s reticence towards faith’s role in recovery, AA has undeniably helped millions. According to Vancouver-based addictions counsellor Careena Sharma, that’s because the traditional 12 steps hammer away at accountability.

The faithless movement sprung up in the mid-1980s in New York City. Steve suggests more than 400 groups now exist across North America and the U.K.

Steve and Hilary met on Commercial Drive while taking in a forum on addictions. Steve was attempting another go at getting clean, while Hilary was one year removed from when she bottomed out.

He took her to AA meetings, and for two years she didn’t say a word. Both relapsed in the early days of their courtship.

The revelatory experience they felt in a Godless setting is shared by virtually everyone who also relies on the meetings, Steve said.

But not everyone knows about them. That’s because Metro Vancouver’s AA governing body doesn’t recognize faithless groups. As such, Sober Agnostics is not listed on websites or directories that compile rehab services under the AA banner.

“People are ecstatic when they find out about us. They’re thrilled,” Steve said. “They often spend the first year or so bashing traditional AA. After a while that falls away, because resentments are the biggest issue in the program. It’s like the person or the thing you resent is using your head rent free. That’s what will lead to another drink.”