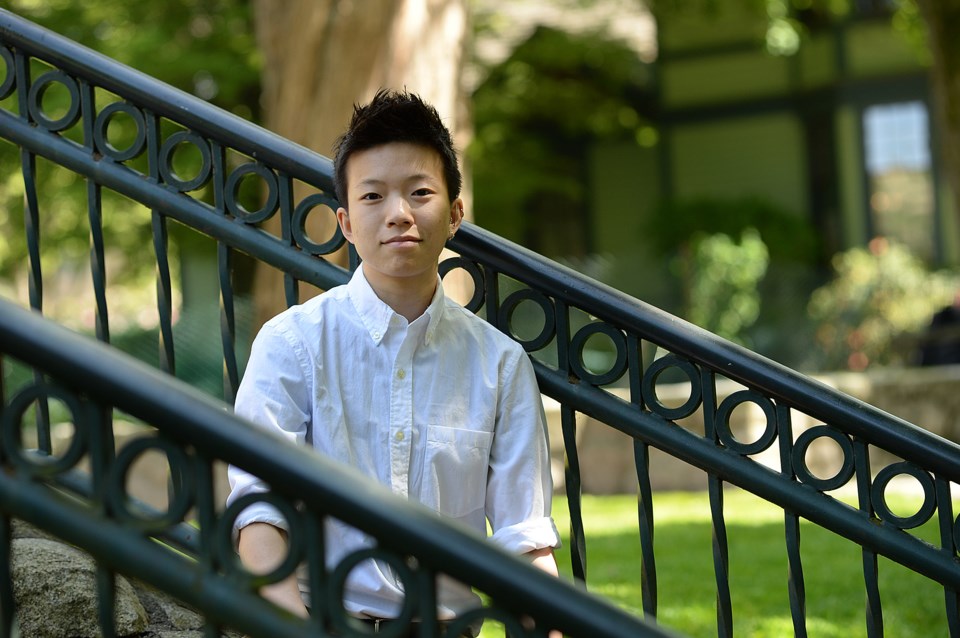 That’s why she was one of more than a dozen respondents who wrote to support the Vancouver School Board’s proposed revisions to its sexual orientation and gender identity policy. Ng intends to speak at an upcoming board meeting on the topic, preferably in Chinese.

“And I really do want to make it a point that actually there are folks from all sorts of backgrounds, all sorts of cultures that are gender variant, that are homosexual.”

Dr. Daniel Metzger, a pediatric endocrinologist at B.C. Children’s Hospital, whose team, with other medical and mental health professionals, has provided care for gender non-conforming and transgender children, youth and young adults since 1993, also wrote to support the updates.

“One of the biggest arguments [against the revisions] that we saw was that there was no medical input, so since I’m the person that sees the most trans kids in the province it was important for me to write what I did,” Metzger said.

He called the updates “clear-headed.”

“It’s sensible, logical and it completely complies with our standard of practice… our best knowledge of how to do things with kids,” said Metzger, a member of the World Professional Association for Transgender Health, the Canadian Professional Association for Transgender Health, the Endocrine Society and a clinical professor of pediatrics at the University of B.C.

The VSB’s PRIDE Advisory Committee drafted revisions to the decade-old policy to echo what schools have done to provide positive environments for LGBTQ and two-spirited students and staff and provide clearer guidelines for schools that might be working to better accommodate trans students for the first time. (Two-spirited is an aboriginal term that describes the embodiment of both masculine and feminine spirits. It isn’t limited to gender expression or sexuality.)

The revisions were to be discussed at an education and student services committee meeting May 14, for possible adoption by the board May 20. But so many people wanted to address to the committee about the policy, the committee heard speakers May 14, will hear more May 22 and is expected to consider new revisions June 11.

All 15 written submissions posted by the board with the May 14 committee meeting agenda support the policy revisions. Submissions came from parents, healthcare providers and researchers, and agencies and individuals that serve the LGBTQ community.

The board has also heard from transgender students and their families, student representatives and people concerned about the proposed revisions.

Ng, 26, attended St. Francis Xavier Catholic elementary school on Great Northern Way. She was “tomboyish,” liked to play soccer and was bullied by peers who said she wanted to be a man. The acceptance she received from new friends at Hamber secondary helped transform her from fearful to confident.

“That’s the kind of difference your environment makes,” Ng said.

She’d like to see lessons on gender variance taught in more classrooms.

Speakers at the board meetings have had to confirm they reside in or have children attending school in Vancouver.

“This isn’t a general discourse on LGBTQ, this is a discourse on a policy of the Vancouver School Board,” said Maureen Ciarniello, associate superintendent.