No transition agreement in place as proposed budget calls for 25% reduction to Surrey RCMP
Nov 19, 2020 5:43 PM By: Graeme Wood 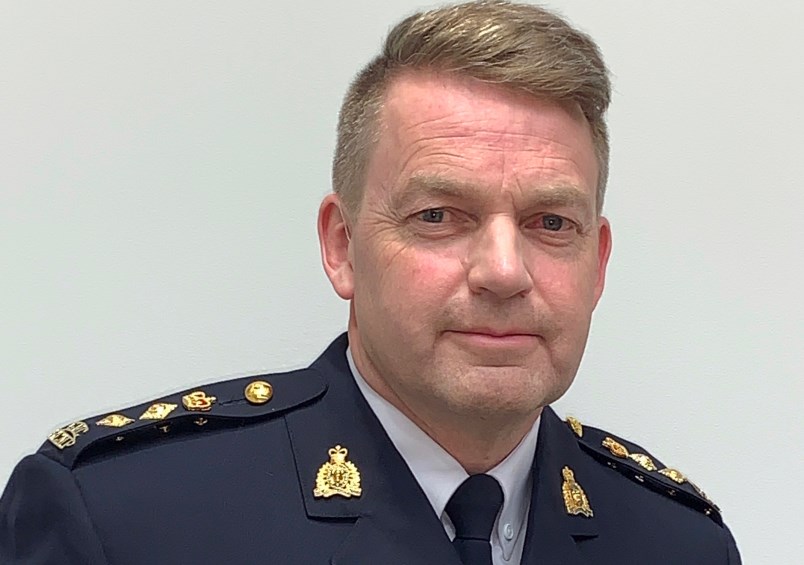 Surrey RCMP Officer-in-Charge Brian Edwards is calling for clarity from the City of Surrey over a proposed 25% reduction to his 2021 policing budget that will impact “adequate and effective levels of policing” without a transition agreement in place first.

“I was not consulted during the budgeting process, which means that I do not have any information on how the City intends to implement this 25% reduction,” Edwards wrote in an email to unnamed stakeholders obtained by Glacier Media.

Surrey is in the midst of transitioning its police force; however, the process is in an early stage granted the new police board has not even named a police chief.

Nevertheless, the city is planning on decreasing its contract with the Surrey RCMP by $45 million while adding $62 million to Surrey Police Service operating costs in the 2021 fiscal year, according to a proposed operating budget.

But Edwards says there is no agreement in place that will outline how the transition will take place.

Edwards states he has written to the city. His letter, he states, “notifies the [City of Surrey] that if this proposed reduction were to move ahead without further agreements in place, it will impact adequate and effective levels of policing in the city.”

Edwards implies language used under the Police Act, which states, “The minister must ensure that an adequate and effective level of policing and law enforcement is maintained throughout British Columbia.”

The minister today is Minister of Public Safety and Solicitor General Mike Farnworth, who has not responded to Glacier Media.

The proposed budget also does not add new officers to the Surrey RCMP force in 2021. If approved by city council it would be a three-year freeze on service levels in the city, which will have grown by about 50,000 people (Surrey RCMP has about 800 officers on duty).

City council is controlled by a block of five members from the Safe Surrey Coalition, led by Mayor Doug McCallum, who proposed police reform in the 2018 election campaign. While animosity has grown between the two sides since, Edwards stated today he respects the decision to transition.

Without a transition agreement, it is not clear how a combined police force can function. The budget provides no details.

Coun. Jack Hundial of Surrey Connect says he is waiting for details on these matters:
- The hiring of a police chief
- A transition program for investigative continuity
- An IT management plan
- A regional policing assessment as it relates to the transition
- Establishment of a collective bargaining agreement and pension plan