Survey says Chinese parents likely to side with B.C. government

Sara Yuan spent $450 on tutoring for her son this past July because summer school wasn’t in session. Her son usually studies math and English free of charge in summer school. Yuan, a single parent, wants him to excel in high school.
Sep 9, 2014 12:13 PM By: Cheryl Rossi 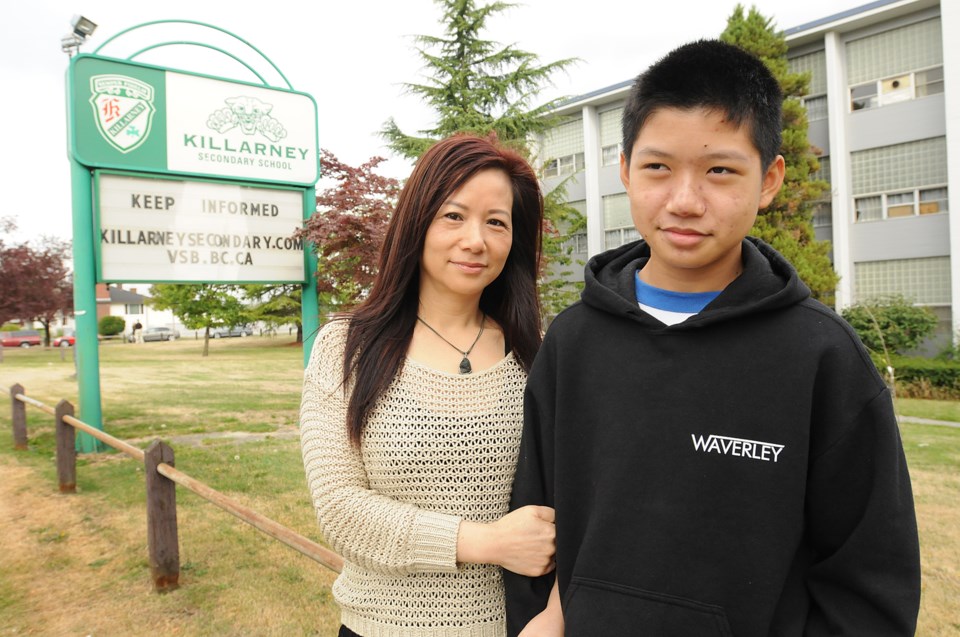 Sara Yuan spent $450 on tutoring for her son this past July because summer school wasn’t in session.

Her son usually studies math and English free of charge in summer school.

Yuan, a single parent, wants him to excel in high school.

“The first year of high school is very important,” she said. “And Killarney’s a big high school.”

Yuan, who works as an esthetician six days a week, could have spent the $450 elsewhere.

“This year I didn’t get him a computer. For high school you need a computer, right,” she said. “But that’s OK. Maybe next year I can.”

As with 12.5 per cent of Chinese parents surveyed in June by market research firm Social Insights, Yuan isn’t sure she has a solid grasp on the labour dispute between the government and teachers.

But she’s certain about one thing.

“I want no strike. I want to have school, education,” she said. “Of course government have to do something for the teacher.”

“The fact that the results seemed to contrast with what the rest of the population was thinking was something that we thought was noteworthy,” said Sonny Wong, a partner at Social Insights. “Because when you look at the demographics of the Lower Mainland and British Columbia, clearly we are seeing through immigration and other market forces the increase in ethnic communities with the Chinese community growing the fastest.”

He added, “The strike may very well affect the Chinese community a little bit more because if you’ve been in B.C. for a shorter period of time, your ability to develop social networks and support for childcare is going to be much less.”

“They may even see education a little bit in the way of an essential service,” he said.

Yuan wants to see her son concentrating on books instead of video games.

“If could afford it I would do more tutoring or send him to a private school, but I can’t afford it,” said Yuan, who emigrated from China to Canada in 1999 and has lived in Vancouver nine years.

Social Insights hasn’t surveyed Chinese parents since June but Wong believes congruent sentiments were heard at a rally attended by many Chinese parents outside the Vancouver Art Gallery Sunday.

Yuan was unaware of the survey, but said she’s seen anger at teachers from Chinese parents on social media.

She said the parents don’t understand why the teachers are allowed to strike.