The Canucks bet on upside with 6th-round pick Karel Plasek

At the 2019 draft, the Canucks selected three players in their second year of draft eligibility: Carson Focht, Aidan McDonough, and, in the sixth round, Karel Plasek. “I knew here was a chance,” said Plasek to the Prerovsky Denik .
Jun 23, 2019 4:19 PM By: Daniel Wagner 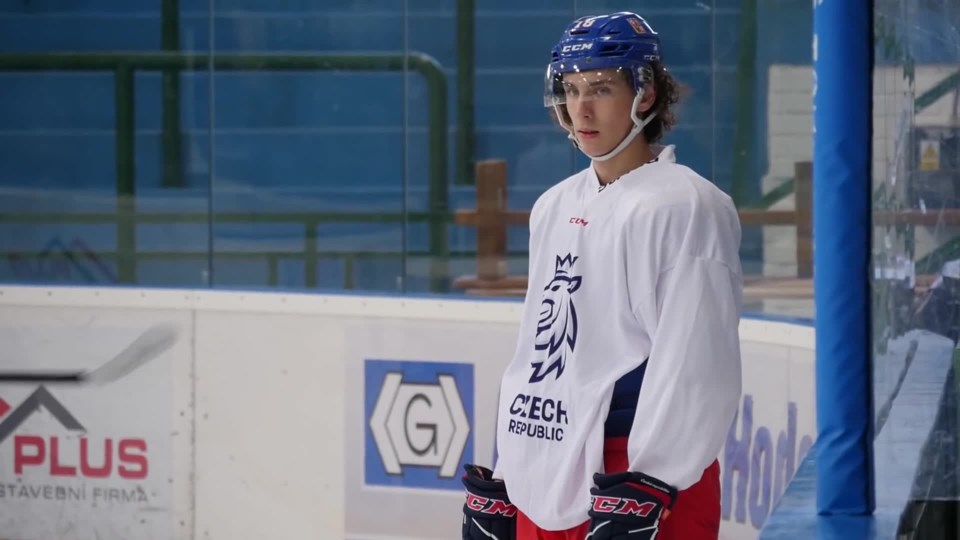 At the 2019 draft, the Canucks selected three players in their second year of draft eligibility: Carson Focht, Aidan McDonough, and, in the sixth round, Karel Plasek.

“I knew here was a chance,” said Plasek to the Prerovsky Denik. “I had indications, I sat with a couple of teams and knew it might be Vancouver.”

Generally speaking, there’s a reason why players don’t get selected during their first year of draft eligibility. Some are late bloomers, who didn’t produce in their draft year, while others weren’t playing in well-scouted leagues, so didn’t get much attention. Weirdly, that doesn’t seem to be the case for Karel Plasek.

Plasek had a pretty strong draft year in 2017-18. He was dominant in the Czech junior leagues, scored 6 goals and 8 points in 4 U18 games and going a point-per-game in 15 U20 games. As a result, he played games in the Czech Extraliga, as well as the second-tier Czech league, where he had 9 goals and 11 points in 18 games against men.

Along with a productive season in the Czech Republic, Plasek showed well in international play, tallying 4 goals and 5 points in 7 games at the World Under-18 Championship and captaining the Czech team at the Five Nations tournament. And yet, while several of his U18 teammates were drafted, Plasek was not.

Plasek’s scouting report from Hockey Prospect’s 2018 Black Book praised his “mechanically sound” skating that makes him dangerous in transition, even on the penalty kill, where he can create a turnover and quickly turn it into a scoring chance at the other end.

“His puck skills are good,” said Hockey Prospect. “He can make difficult toe-drags before releasing his shot while moving laterally across the slot and can use his hands to evade incoming sticks.”

The scouting report described him as dangerous offensively, with quick hands and a hard shot, and responsible defensively, with above-average hockey sense. They ranked him 112th in 2018. So why didn’t he get drafted?

It’s likely a combination of concerns: consistency and size.

“There’s too many shifts and too many games where he leaves you wanting more,” said Hockey Prospect. “If he can learn to be more assertive and consistent on a shift-to-shift basis he could turn into a dangerous scorer.”

To go with that issue of consistency, Plasek has a slight frame. He was 5’11” and 154 lbs in 2018. He's added some heft since then, listed at 6'0" and 181 lbs at the World Juniors, but Hockey Prospect, in their 2019 scouting report, still describes him as “not very strong physically, and has a harder time creating with less room to operate, such as along the boards where he can be physically overmatched.”

“He still physically has some room to grow, or actually quite a bit,” said Brackett, "and we think that's on the plus side for him.”

In other words, because Plasek has been able to play against men at 17 and 18 and succeed, despite his size, he should be able to perform even better when he matures and adds more size and strength. It’s the opposite of when a more physically developed player dominates in junior against smaller opponents, but struggles when his opponents are as big as he is, if not bigger.

Nice rush by Karel Plasek through the neutral zone, has been great so far, could raise in ranks over the course of the season #2018NHLDraft pic.twitter.com/2pdAnGQzNB

The love for hockey runs in Plasek’s blood. Technically, he’s Karel Plasek Jr. (mladší in Czech), as his father is also named Karel Plasek. The elder Plasek had a long career in the Czech Extraliga and still plays at the age of 45, scoring 40 points in 38 games last season in the third tier of Czech hockey.

The two Karel Plaseks even got a chance to play on the same team during the 2017-18 season. When the younger Plasek played those 18 games in the second tier of Czech hockey, it was with his father’s team, HC Prerov.

Plasek has also had some better-known teammates, briefly skating with Martin Erat and Tomas Plekanec this past season on HC Kometa Brno in the Czech Extraliga. He even scored a goal assisted by both former NHLers.

Plasek can score goals in multiple ways, whether deking out goaltenders with his quick hands or beating them with a wrist shot or one-timer. He also doesn’t shy away from the front of the net despite his smaller size, digging pucks out of scrums and banging in rebounds.

In his second year of draft eligibility, Plasek took a step forward, spending longer in the Czech Extraliga, where he had 6 points in 29 games. It can be tough for junior-aged players to get ice time in Extraliga, and Plasek averaged just 11:02 per game, which was actually the most among players under 19.

Plasek simply couldn’t be kept in junior: he was dominant in the U19 league, scoring 10 goals and 15 points in just 10 games this season. When he was briefly loaned to HC Prerov in the second-tier Czech league, he had 3 points in 4 games.

The one place Plasek disappointed was at the World Junior Championship, when he managed just one point, an assist, in five games.

It’s important to note that while Plasek was in his second year of eligibility, he still hasn’t turned 19 yet. He has a July birthday, which means he’s just a little over a month older than the oldest players in their first year of draft eligibility. It also means he’s eligible again to play in the World Junior Championship next year.

Overall, there’s a lot to like about this pick. Plasek has a lot of potential, with great hands and finishing ability. As he develops more size and strength, he could also add more speed and power to his already strong skating. He’s a project, but it’s the kind of high-upside pick that I like to see in the later rounds of the draft.