The Canucks fall to seventh overall in the NHL draft lottery, which is fine 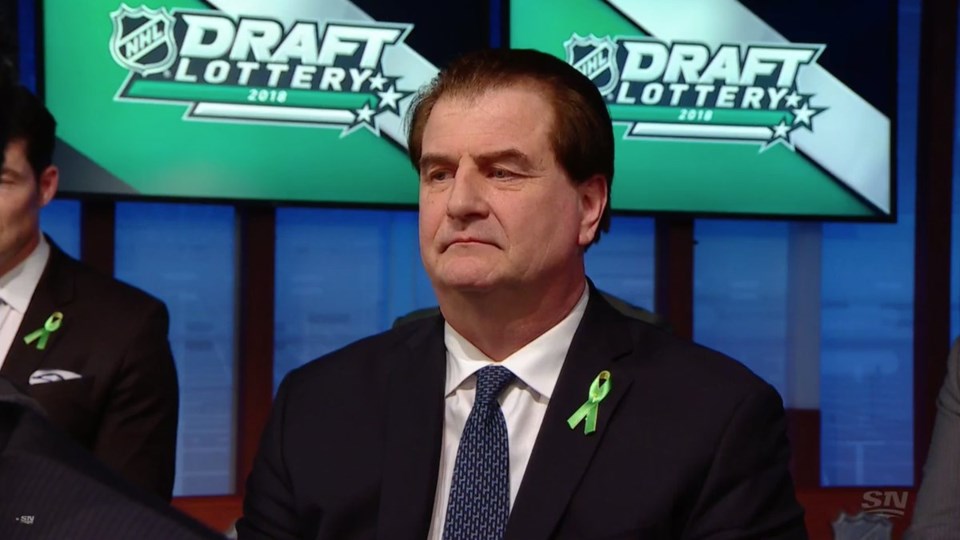 At the time, few Canucks fans would have traded the way the season ended, with a storybook ending for the Sedins as they retired, for better odds in the draft lottery. On Saturday, as the most likely result happened and the Canucks fell to seventh overall in the 2018 NHL Draft, perhaps Canucks fans felt differently.

There was a 38.9% chance the Canucks would pick seventh overall, thanks to every single team that missed the playoffs having a chance to move into the top-three. There was just a 23.3% chance for them to end up with a top-three pick.

Ultimately, the Canucks were fortunate not to fall further, though that’s small consolation when the projected first overall pick perfectly fits the Canucks needs.

The Canucks need another blue-chip defenceman in the 2018 draft and will still get an opportunity to draft one at seventh overall, as this is expected to be a defenceman-heavy first round. Adam Boqvist, Quinn Hughes, Noah Dobson, or Evan Bouchard could be possibilities for the Canucks.

None of those players stack up with Rasmus Dahlin, but they’ll still provide an immediate boost to the Canucks’ prospect pool in a key area of need. At the same time, picking one of those defenceman won’t mean drafting for need, as one of them is likely to be the best player available in that spot.

The happiest result from the draft lottery? The Edmonton Oilers didn’t win and end up with yet another first overall pick. That’s a win for the entire NHL.