Large gaps in the team’s schedule have allowed plenty of rest and practice time early on.
Oct 17, 2019 9:11 AM By: Daniel Wagner 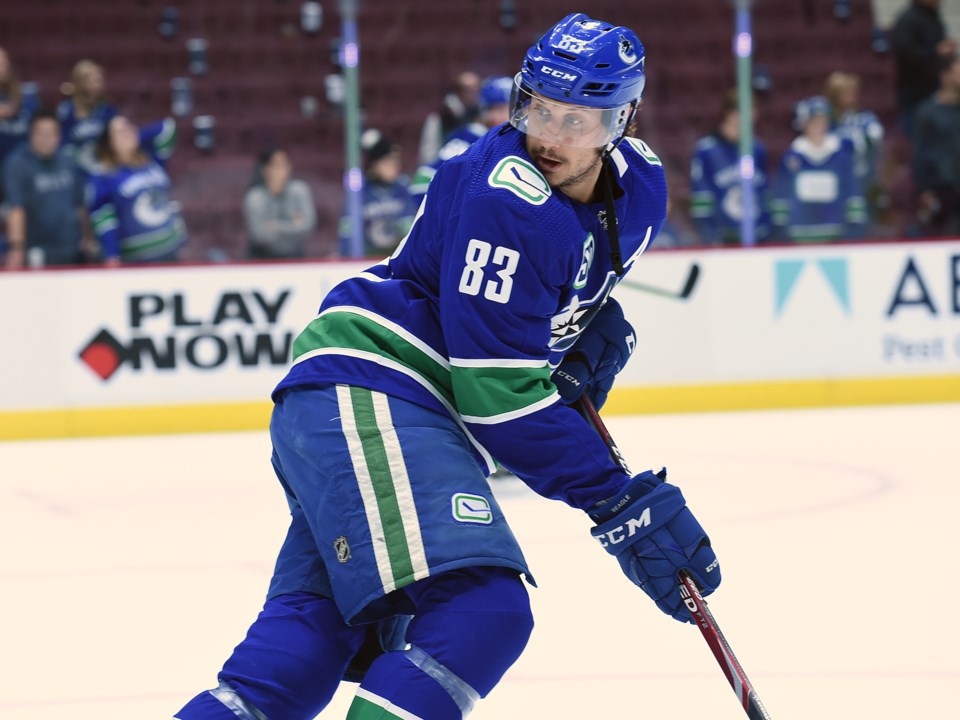 Through the first two weeks of the season, the Canucks played just four times, and have had three-day breaks twice already between games. Compare that to the 2018-19 season, when the team didn’t have a three-day break between games until early November.

There are both positives and negatives to a slow start to the season. The long breaks mean the Canucks have been fully rested heading into each game, with time to nurse minor injuries. It also means more time for practices and working on systems early in the season. The downside is that it can be tough to get into a rhythm with so few games early on.

“You'd like to get into it right away at the beginning of the season, to be honest,” said Bo Horvat on Tuesday before facing the Detroit Red Wings, “and kind of have the breaks when you need them down the stretch.”

Veteran centre Jay Beagle, however, has seen many different schedules over the years and knows that there are pros and cons to every one.

“It's felt a little bit weird,” said Beagle, “You look around the league and there's teams playing probably seven or eight games already and we've got four. You would've liked that little bit of rest time maybe in February or March, but the schedule is always different, you never complain about the schedule...and it’s nice to get the practices and then really work on some system stuff, so you use it as a tool.”

“The guys like playing games,” said head coach Travis Green. “Practicing can get a little stale. It's important, but I think if anything, our guys are excited to get going and play some more games.”

Still, the benefits tend to outweigh to downsides and the well-rested Canucks have had some early success on their three-game homestand. Their competition, however, should also be taken into account.

The Los Angeles Kings could be the worst team in the Pacific Division this season, particularly if they keep trotting out a past-his-prime Jonathan Quick in net. The Philadelphia Flyers are a strong team, but their wild travel schedule saw them start the season in Prague in the Czech Republic as part of the NHL Global Series and the team was dealing with illnesses, fatigue, and dehydration. Then there’s the Red Wings, who are essentially a one-line team with little depth anywhere in their lineup.

The Canucks soundly defeated two teams heading to the NHL’s basement and eking out a shootout win over the one competitive team that was exhausted from international travel. That's not to take anything away from how the Canucks performed — they still have to put the puck into the net and their 8-2 drubbing of the Kings in their home opener was as dominant a win as we’ve seen from the Canucks in years — but it’s hard to assess just how good they are until they’ve faced a tougher test. That test could start on their upcoming road trip.

The Canucks face the defending Stanley Cup Champions on Thursday, then have their first back-to-backs this weekend, with the added challenge of both being morning games on the east coast. Those can be a tough challenge even before you factor in jet lag, as the morning games disrupt the normal game day routine of players and teams.

The team won’t have a three-day gap between games again until early December, with a particularly challenging schedule in November. That means we’ll have a much better idea of how competitive the Canucks will be this season in about a month’s time.

The players, however, are looking forward to the amped up schedule.

“Obviously, it hasn't been the grind by any means at the beginning here,” said Horvat, “but it's going to start to get to that point. It’s good that we've had a lot of practice time, getting used to our systems and new guys coming in, but we're ready to play a lot of hockey right now.”

10 - After some goal-scoring struggles in their first two games on the road, the Canucks exploded at home, out-scoring their opponents 15-5, a nice 10-goal margin of victory for the hometown fans.

A tap of the stick to Josh Bowman, a 34-year-old firefighter and goaltender, whose custom set of goalie gear is a replica of Kirk McLean’s 1994 gear. Captain Kirk himself borrowed Bowman’s gear for the Canucks’ home opener and it was a blast of nostalgia to see him skate out in his vintage setup.

I’m dropping the gloves with the NHL’s stat-tracking. Founders of hockey analytics site Evolving Hockey, Josh and Luke Younggren, drew attention this week to how shot locations are showing up as much further out from the net than in past seasons, a seemingly minor change that wreaks havoc with public analytics work, which depends on shot location data. The NHL is reportedly looking into the discrepancy.