The Paper Feature: The Boston Bruins’ retool succeeded where the Canucks’ didn’t 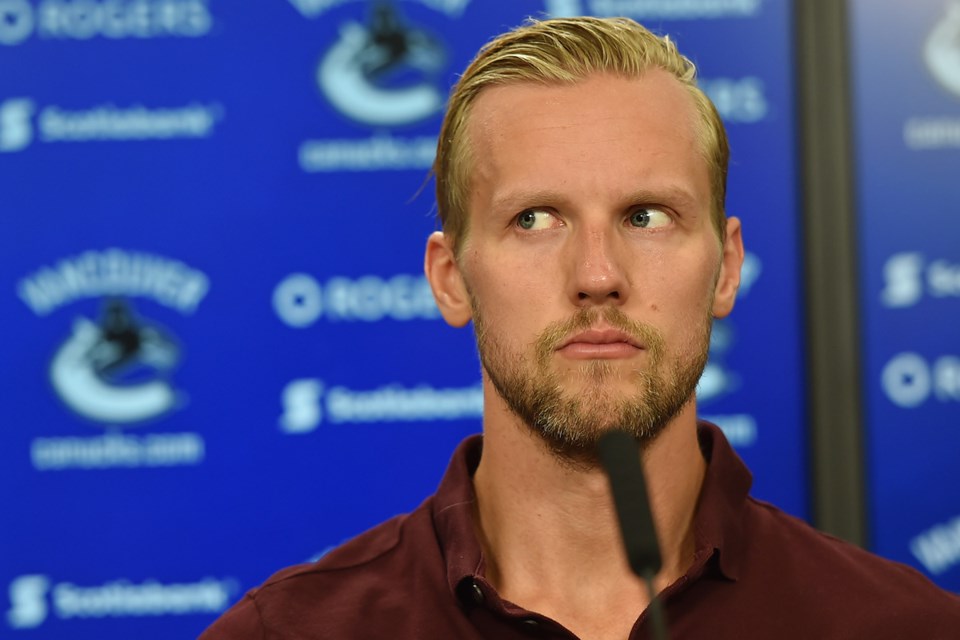 The last remaining members of the 2010-11 Canucks are Alex Edler and Chris Tanev.Dan Toulgoet / Vancouver Courier

It’s been seven years, but the Boston Bruins are still a sore point in Vancouver. Like 1982 and 1994 before it, 2011 will live long in the memories of Canucks fans.

It’s particularly grating to see the Bruins back in the playoffs, with Brad Marchand leading the way. His ascension to becoming one of the best players in the NHL — he had 34 goals and 85 points in just 68 games this season — is almost as aggravating as his style of play on the ice.

The question for Canucks fans, as they watch Boston and equally-hated Toronto battle in the first round, is how have the Bruins bounced back? A couple years ago, the Bruins missed the playoffs in two straight seasons, but, where Jim Benning and the Canucks have failed to retool on the fly, the Bruins have succeeded, boasting the fourth-best record in the NHL this season.

It certainly helps that core pieces from the 2011 Cup run are still in place: the 41-year-old Zdeno Chara is somehow still playing 23 minutes per game, while Marchand, Patrice Bergeron, and David Krejci are still among the leading scorers for the Bruins.

The Canucks, on the other hand, are now down to just two players who were with the team in 2011 and only one that played a significant role: Alex Edler.

But the presence of those veterans doesn’t explain everything about the Bruins, whose best players have been much younger. David Pastrnak has five goals and 11 points through five games. Rookie forwards Danton Heinen, Jake Debrusk, and Ryan Donato have played a big role all season. All four forwards were drafted by the Bruins in 2014 and 2015, an impressive haul that has helped enable the quick turnaround.

The Canucks, meanwhile, produced as many NHL-caliber players in the 2014 draft, but haven’t seen the benefit on their own roster. Jake Virtanen saw improvement this season, but will seemingly always suffer in comparison to William Nylander and Nikolay Ehlers; Jared McCann was taken one pick before Pastrnak, then traded for Erik Gudbranson; Nikita Tryamkin bolted for the KHL; Gustav Forsling was traded for Adam Clendening in an ill-fated attempt to accelerate the rebuild.

Fortunately, the Canucks still have Thatcher Demko from that draft, Brock Boeser and possibly more from 2015, and some excellent potential in their latest draft. But the Bruins hastened their retool by hitting on some key players in their post-2011 drafts.

Most importantly, the Bruins have been able to revitalize their defence. Torey Krug, a college free agent signing in 2012, has been prolific, posting 14 goals and 59 points this past season. Charlie McAvoy, a 1st round pick in 2016, plays over 22 minutes per game on the Bruins top pairing. Kevan Miller, another college find, plays with Krug on the second pairing, while Brandon Carlo and Matt Grzelcyk are both examples of the Bruins finding NHL defencemen at the draft outside of the first round.

As for the Canucks, they signed Troy Stecher as a college FA, but the only drafted defenceman on the roster apart from Edler is Ben Hutton. The defence is a patchwork of trades and free agents. The team has not prioritized fixing their defence through the draft, with only Olli Juolevi showing top-four potential among their prospect pool.

When Don Sweeney replaced Peter Chiarelli as general manager of the Bruins in 2015, he made it clear the rebuild was on when he traded away Dougie Hamilton and Milan Lucic, netting a wealth of draft picks in return. Even if he didn’t use those picks as well as they could have — notably missing Mathew Barzal, Kyle Connor, and Brock Boeser — there was a clarity around what Sweeney was doing: a rebuild that traded early suffering for a better future.

Instead of pushing for the playoffs, Sweeney focused on draft picks and prospects. They missed the playoffs again in his first year, squeaked in and got bounced in the first round in his second year, then finished among the best teams in the NHL in his third year. It’s the kind of quick retool that Benning and Trevor Linden have said isn’t possible, while emphasizing their plan to stay competitive every year.

A tap of the stick to Lukas Jasek, who came seemingly out of nowhere to reclaim his place in the Canucks’ prospect pool with a stellar run with the Utica Comets to end the regular season. In the six AHL games he played after coming over from the Czech Republic, he tallied three goals and seven points.

I’m dropping the gloves with Corey Perry, who was at peak Perry-ness for the Ducks in the postseason. He took out his frustrations with the team’s struggles against the Sharks by throwing dirty hits, seemingly in an attempt to injure other players. It’s garbage, but sadly not surprising for Perry.

4.0 - Do whistles get put away in the NHL playoffs? Not so far. Through the first few games of the playoffs, there have been an average of 4.0 minor penalties per team, up from 3.27 in the regular season.