The Paper Feature: The Canucks can’t expect a quick return to the playoffs

Canucks owner Francesco Aquilini may have his hopes set a little too high for next season.
Aug 4, 2018 9:51 AM By: Daniel Wagner 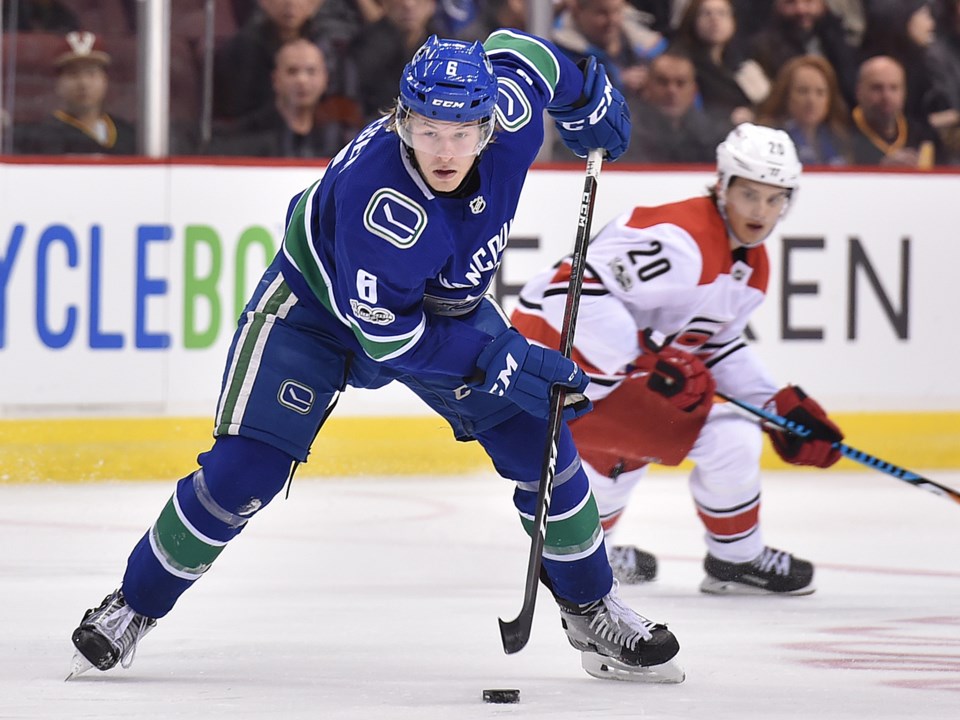 Late July is not supposed to be a prime time for hockey news, but the Canucks clearly didn’t get the memo. Last week, Jake Virtanen re-signed, top prospect Quinn Hughes declared that he’s going back to the University of Michigan for his sophomore season, and, oh yeah, Trevor Linden left the Canucks.

That last one was the biggest surprise. The Canucks were quick to call his departure an amicable parting of ways, but reports that came out soon after suggested it wasn’t quite as amicable as it seemed.

TSN’s Farhan Lalji said there was a “growing frustration” between Linden and Canucks owner Francesco Aquilini and that Linden saw a different path forward: “Linden wasn’t prepared to continue to put his name on their vision.”

Both his report and others pointed to a meeting between the two that proved to be a breaking point. Steve Simmons of the Toronto Sun painted an even more acrimonious picture of Jim Benning selling out Linden for his own personal gain.

The true story may not be that sordid, but the root of their disagreement seems clear: Benning and Aquilini evidently think the Canucks are close to contention, while Linden thinks they’re further away.

Aquilini would love to see the Canucks get back to the playoffs, both because he’s a longtime fan of the team and because of the playoff revenue that would bring. At the end of last season, he made a statement on Twitter that suggested a quick turnaround was in his sights.

“We’ll be a younger team, but a well-coached, well-managed young team can mature and come together quickly,” he said, then specifically referenced the Colorado Avalanche and New Jersey Devils making the playoffs, as well as the Canucks’ final ten games.

Look at Colorado and New Jersey this year, making the playoffs. Look at Arizona in the second half of the season. Look at our last 10 games. 12/15

The Canucks were 5-4-1 over their final ten games of 2017-18, a 90-point pace over a full 82-game season. That would have still been five points out of the playoffs last season.

The Avalanche and Devils, however, did make the playoffs and both teams were very young. Can the 2018-19 Canucks follow in their footsteps like Aquilini hopes?

More importantly, the Avalanche and Devils just barely made the playoffs. Both finished in the second wildcard spot in their respective Conferences, one point clear of the teams behind them, despite MVP-caliber seasons by their leading scorers, Nathan MacKinnon and Taylor Hall.

Hall won the Hart Trophy for almost single-handedly willing the Devils to the playoffs, while MacKinnon was a close runner-up for doing the same with the Avalanche. Hall had 93 points — 41 more than the next best Devil — while MacKinnon led the Avalanche with 97 points.

It took incredible seasons by two of the best young players in the NHL for the Devils and Avalanche to sneak into the playoffs by the skin of their teeth and get knocked out in the first round. A comparable for the Canucks would be Brock Boeser putting up 40 goals and 90 points, which is just a little bit optimistic.

Making the playoffs next season isn’t impossible for the Canucks, but it would take an incredible confluence of good fortune. If Aquilini is banking on it happening, Trevor Linden was right to get out when he did.

A tap of the stick to Anders Nilsson for speaking up in defence of the LGBTQ community and against the "macho" hockey culture and casual homophobia that keeps them out of hockey. He spoke with Swedish newspaper Aftonbladet and on a video posted to his Instagram.

A sympathetic stick-tap to the Canucks marketing team. The announcement that Quinn Hughes would return to the University of Michigan instead of jumping directly to the NHL removed one clear selling point for next season.

48.5% - Over Trevor Linden’s four years as President of Hockey Operations, the Canucks had a points percentage of 48.5%, better than just four other teams.

1 - Aquilini’s comparison to Colorado brings up an interesting fact. The Avalanche have just one player over the age of 30 signed for next season. 32-year-old Carl Söderberg has two years left on his contract.