The one where Denis Potvin has bad hockey opinions and Harrison has bad Star Wars opinions.
Jan 13, 2016 8:00 AM By: Daniel Wagner 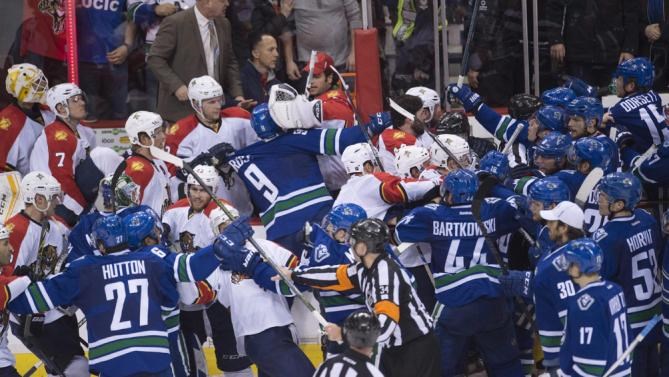 Denis Potvin may have called Daniel Sedin a lowlife, but he also seems to think that being called a peanut butter-licker is the gravest of insults, so I'm not sure why we should care what he thinks.

Daniel and Harrison spend precious minutes of their lives talking about how little they care about what Denis Potvin thinks, then argue about Star Wars while desperately trying to avoid spoilers even though if you haven't seen The Force Awakens yet, you are literally an alien from a galaxy far, far away.

They also talk about how awesome the Sedins are, because that's a topic on every episode of this podcast, and get into the Chris Higgins situation and what might happen with him. Along the way they touch on the chemistry of Bo Horvat and Sven Baertschi, the likelihood of the Canucks pursuing and signing Steve Stamkos, and the inevitability of a Radim Vrbata trade.