The redemption of Luca Sbisa has begun

When Luca Sbisa returned to the Canucks' lineup a week and a half ago, we took the opportunity to have a laugh. (We're cheeky like that. You know how we do.
Nov 27, 2015 1:48 PM By: Harrison Mooney 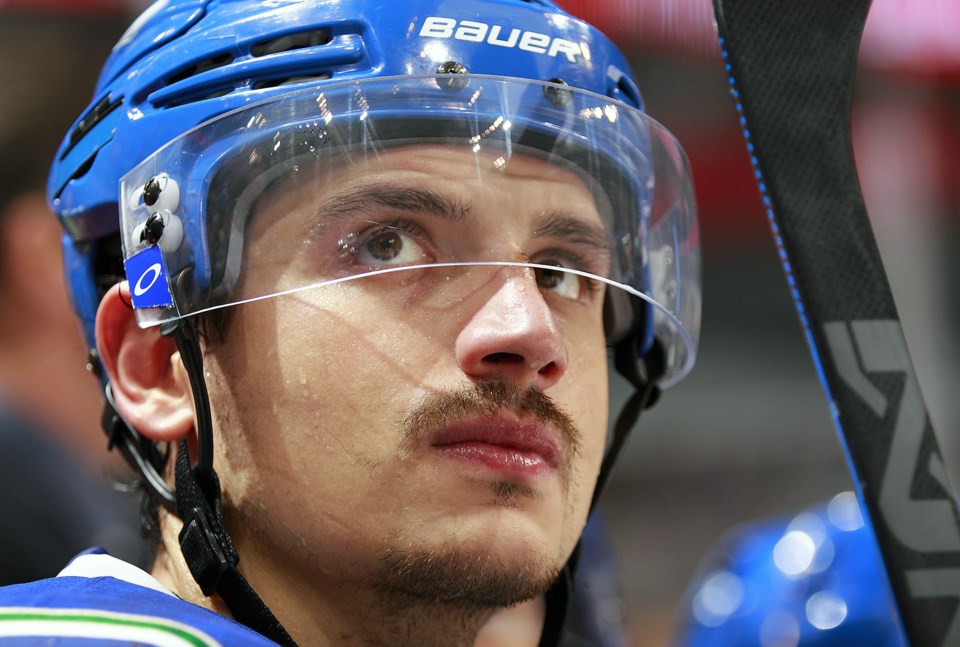 When Luca Sbisa returned to the Canucks' lineup a week and a half ago, we took the opportunity to have a laugh. (We're cheeky like that. You know how we do.)

Knowing that many in the Canucks fanbase remain baffled as to what the Canucks see in Sbisa, whose underlying numbers suggest he's more hindrance than help, we predicted that the Canucks would improve upon Sbisa's return, and he would get the credit for it. Imagine: the Sbisa as saviour narrative. A guy with an ugly 43.95% corsi touted as the reason for the turnaround. What a fun argument that would have been.

Well, it hasn't quite happened like that. But public opinion on Luca Sbisa is beginning to shift nonetheless.

Sbisa's absence from the lineup while recovering from a foot injury was noticeable. The Canucks struggled. And while they haven't lit the world on fire since he returned, they have looked better. More effective, maybe. It's as though we've finally caught a glimpse of whatever it is the Canucks think the Swiss defenders brings beyond just basic toughness. Is there an answer to these damning, underlying numbers?

Turns out there is: other numbers. From Thomas Drance, writing from his lofty perch at Sportsnet:

The Canucks, for example, rank in the bottom 10 in defensive-zone hits that successfully separate opponents from the puck, according to Sportlogiq. Luca Sbisa, however, ranks 11th among defensemen who’ve logged at least 150 even strength minutes by this category.

“He’s a physical, hard player,” Benning told Sportsnet of Sbisa in early November. “He’s strong in the corner and in front of the net and when teams start cycling on us, he can finish his checks and stop the play so we can get the puck going the other way.”

The 25-year-old Swiss-born defenceman is also among the 10 best defenders in hockey when it comes to completing defensive-zone passes, according to Sportlogiq.

Yes, it's advanced stats, but don't begrudge the smart kids for continuing to find ways to quantify the eye test. And as usual, Jim Benning has the uncanny ability translate it back into simple hockeyspeak: Luca Sbisa gets the Canucks the puck. He may not be the best in transition, he may be prone to the occasional mistake, but if the purpose of this game, especially in the corsi era, is to have the puck, there's always going to be a place for a guy whose best skill is the rough-and-tumble act of getting it.

If that's still too nerdy for you, let me try to translate it into 90s kid nostalgia: if this is a game of NES classic arcade game Ice Hockey, Luca Sbisa's the fat guy. Sure, your puck movement and speed in transition is going to be somewhat slowed down by a fat guy or two, but if you run into a team that successfully incorporates a few fat guys of their own -- say, the game's version of the Winnipeg Jets or Los Angeles Kings -- you're liable to get muscled right out of the building. Isn't it nice to have a fat guy to flatten those precious speedy guys once in a while? And if the numbers say Sbisa's actually a pretty effective fat guy, you can see why the Canucks might insist on having him in the lineup.

Now that we have advanced stats that can better explain what Sbisa does well, as opposed to numbers that simply underscore what he does poorly, one imagines the frustration with him will begin to dissipate . Luca Sbisa won't be saved by a Canucks' turnaround narrative. He'll be saved by more sophisticated numbers -- ones that can qualify the value of a specific kind of toughness. It remains to be seen if these numbers can justify a $3.6 million cap hit, but the redemption of Luca Sbisa may have just begun.