The West Coast Express was a uniquely elite line

Like many Canucks fans, the West Coast Express brought me back to the team after the Messy Era.
Dec 7, 2015 12:45 PM By: Daniel Wagner 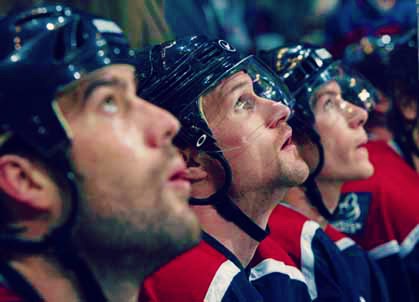 Like many Canucks fans, the West Coast Express brought me back to the team after the Messy Era. There were many reasons why I didn’t follow the team closely back then—I was focussed on school, spent a year in New Zealand, and, well, the team was pretty terrible—but Markus Naslund, Todd Bertuzzi, and Brendan Morrison ended that lukewarm period permanently.

The West Coast Express was a truly elite line, arguably the best line in hockey for several seasons.

They were nearly unstoppable, but what sets them apart in my mind is that they were an elite line without an elite centre.

That’s not to denigrate Brendan Morrison, who was a decent puck distributor and solid two-way forward, who was an excellent complementary piece to Bertuzzi and Naslund, picking up some of the slack defensively and using his skating to create openings for his linemates. But let’s face it, the West Coast Express was all about Morrison’s wingers.

Bertuzzi, for a brief period of time, was that ever-rare unicorn: a legitimately dominant power forward, who seemed to be able to drive to the net at will. His go to move was to come out from behind the net by just sticking his hip into a defenceman and backing up, pushing his check with him, helpless.

Naslund’s all-around game ended up underrated simply by virtue of how good he was at shooting the puck. He gets described as a pure sniper, but that undersells his skating, puckhandling, playmaking, and hockey sense.

There are no sure things in hockey. The worst team in the NHL can upset the best team on any given night, an elite goalscorer can lift the puck over a wide open net, and the weakest shot can take hop, skip, and a jump to beat a seemingly unbeatable goaltender. But the closest to a sure thing was Markus Naslund with the puck at the right faceoff circle with room to shoot.

It seemingly didn’t matter what a goaltender did, Naslund would beat him. I feel like Naslund spoiled us as Canucks fans: after seeing someone snipe the top corner with a wristshot like that, how could any lesser sniper ever suffice? It’s the same way no Canuck speedster will ever match up to memories of Pavel Bure and the same reason Canucks fans can expect years of frustration as Canucks playmakers fail to live up to the standards set by the Sedins.

Bertuzzi and Naslund were truly elite players at their height and they made the West Coast Express an elite line. That’s a rare feat, to have the complementary player on the best line in hockey be a centre. The majority of the best forwards in hockey are centres and the elite wingers in the NHL generally require a great centre to make their lines elite.

Sometimes a great winger can carry a line on his own—Jarome Iginla and Phil Kessel come to mind—but an elite line carried by two elite wingers strikes me as unique.

In other ways, the West Coast Express fit the mold: a playmaker, a sniper, and a power forward. That’s the platonic ideal of a line, though many teams have to make substitutions. No power forward? Substitute a grinder. No sniper? How about a grinder who goes to the dirty areas to score goals. No playmaker? Maybe we could try...a grinder?

Morrison at least wasn’t a grinder, though he certainly did a lot of grunt work to support his wingers. It’s entirely possible that the line wouldn’t have been the same without him and his linemates frequently praised him and called him underrated.

But the fact that he wasn’t an elite centre makes the West Coast Express a uniquely elite line.