Things were going so well for Willie until they weren’t

Tuesday's collapse against the Hurricanes may mean curtains for Willie Desjardins.
Dec 14, 2016 6:00 AM By: Daniel Wagner 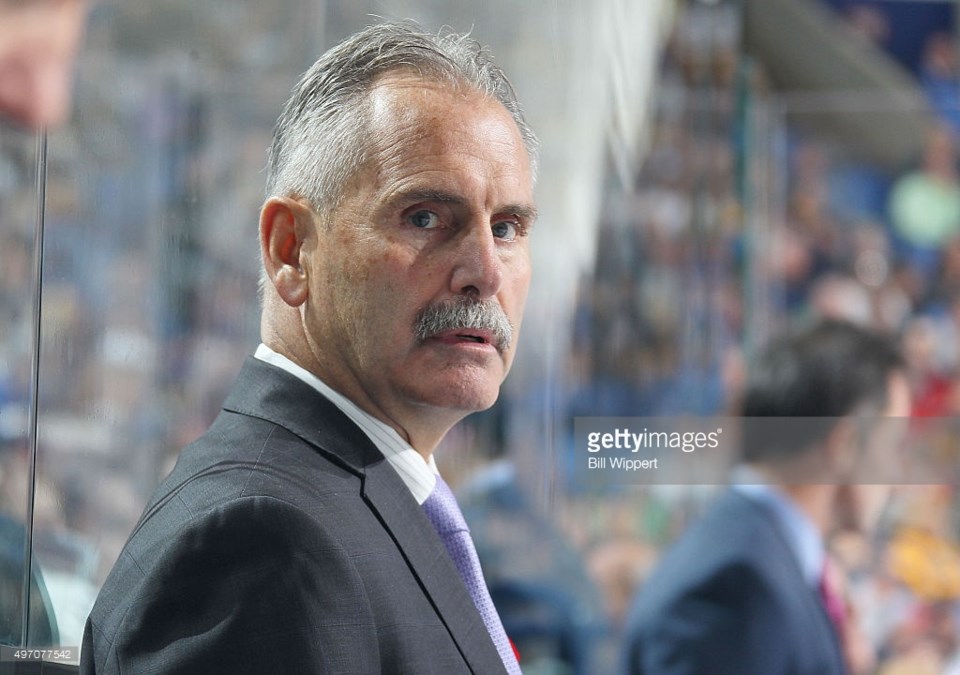 Tuesday’s game against the Carolina Hurricanes could not have been going any better for Willie Desjardins. After his controversial decision to make Sven Baertschi a healthy scratch against the Capitals, Desjardins put him back in the lineup, even adding him to the top power play unit as a vote of confidence.

Baertschi immediately made Desjardins look like a genius, scoring two goals, one of them while on the ice with the Sedins immediately after a power play, and adding a pretty assist for his first three-point game of the season. He had a team-high six shots on goal and was clearly the best Canuck on the ice.

Sure, you could make the argument that Baertschi has actually been having a pretty good season and was due for a breakout game, but the optics looked great for Willie: he showed some tough love to a young player and the player responded with his best game of the season. Whatever else you might say about Desjardins’ decision-making, it at least seems like he knows how to motivate young players and develop their complete, two-way game.

And then that third period happened and all of Desjardins’ warts and flaws came rushing back into the spotlight.

The Canucks had a solid 5-2 lead heading into the third period, but the Hurricanes started the period on the power play and quickly got a goal back. Three minutes later, they got another one, making it 5-4. At this point, the Canucks had yet to register a single shot attempt and had essentially been trapped in the defensive zone since the puck dropped.

This would have been a good time to call a timeout to settle the nerves of the Canucks’ young defence and get everyone re-focused. (Editor's note: It's been brought to my attention that Willie Desjardins may have lost his timeout when he challenged one of the Hurricanes goals. It was unclear at the time whether Desjardins or the league had initiated the challenge. If it was Desjardins, it was a terrible challenge, as there was no chance the goal would be overturned. If he was using the challenge as a long timeout, then he needs to understand the psychological difference between standing around hoping for a goal to be overturned and accepting the new state of affairs the goal caused and getting ready for the rest of the game.)

This would also have been a good time for Desjardins to call a timeout. The Hurricanes had just scored three goals in three-and-a-half minutes. The Canucks were reeling and really could have used a moment to catch their breath.

Instead, the Hurricanes took the lead just over a minute later. 6-5. Four goals in 4:40. No timeout.

And it wouldn’t be a Willie Desjardins third period without some baffling personnel choices. Jordan Staal made it 7-5 midway through the third, but with a little over five minutes left, Brandon Sutter pulled the Canucks within one.

The forward line that came over the boards to take the faceoff after Sutter’s goal, hoping to carry forward that momentum and tie the game? The fourth line of Jack Skille, Michael Chaput, and Jayson Megna. Yes, Skille and Megna have scored some goals recently. No, that does not make them a good choice when down by one late in the third period.

Then, with two minutes left in the game and still down by one, Chaput came over the boards again, inexplicably playing with Alex Burrows and Jannik Hansen. Chaput has two career NHL goals.

To cap it off, with a 1:45 left in the game and a neutral zone faceoff, Desjardins sent out Brandon Sutter, Markus Granlund, and Loui Eriksson, along with Troy Stecher and Erik “Career high of 13 points” Gudbranson. When Jacob Markstrom was pulled for the extra attacker, Henrik Sedin came out. Just Henrik. No Daniel.

Sure, both Granlund and Sutter scored earlier in the game, but they are not and should not be the go-to players when the Canucks desperately need a goal.

The faceoff was an opportunity to load up for the dying minutes of the game. Desjardins could have had both Sedins and Baertschi, a combination that had already scored a goal, on the ice, along with either Sutter, to win the faceoff, or the likes of Eriksson or Horvat, who are more likely to score around the net. On defence, putting Ben Hutton with Stecher would have made a lot of sense or he could have really pushed the envelope and thrown another forward on the ice.

If any of those players were too fatigued from a previous shift, Desjardins could have used his still-available timeout to rest those players and get his best offensive players on the ice to push for the tying goal.

The Hurricanes sealed the game with an empty net goal after Henrik sent a pass to a player that wasn’t there. His brother was sitting on the bench next to Sven Baertschi in front of Willie Desjardins.

You have to wonder just how much longer Desjardins will be behind that bench.