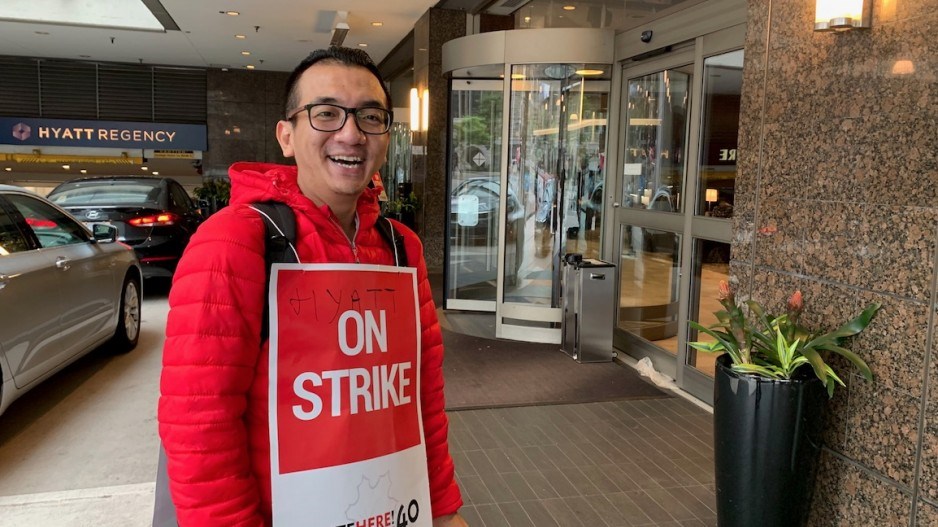 The B.C. Labour Relations Board has ruled that the Westin Bayshore, Hyatt Regency and Pinnacle Hotel Harbourfront have been using some unauthorized workers during its workers' strike, and it has ordered the hotels to stop that practice.

The news comes after the three hotels last week filed lawsuits in B.C. Supreme Court alleging that the striking workers are creating a "substantial and unreasonable amount of deafening noise." On Sept. 30, the Rosewood Hotel Georgia filed a similar claim in B.C. Supreme Court.

The email ordered the hotels to provide a copy of the board's judgment to specific internal managers as a way of ensuring that the unfair labour practices would not continue.

The only B.C. Labour Relations Board judgment related to the hotel strike that Business in Vancouver could find was one that specifically pertained to the Westin Bayshore. All three hotels are part of the same bargaining collective with Unite Here Local 40, so it is possible that this is why the BC Labour Relations Board found all three hotels culpable in the weekend email.

The judgment noted that employers argued that the new managers were hired to replace other managers who had left the company and that there was not any increase in the total number of managers.

Employers also argued in the hearing that "the purpose of Section 68 cannot be the unintended consequence that managers ‘cannot be replaced.’"

B.C. Labour Relations Board vice-chair Karen Jewell, however, disagreed in her judgment.

“The board’s jurisprudence is clear that managers, hired after notice to bargain has been given, are prohibited from performing work that, but for the strike or lockout, would be done by bargaining unit employees,” she wrote.

Jewell also noted that because the strike has “just started,” and the offence was “not egregious,” she would not issue any other orders. Her only orders were that the hotels stop the activities, and ensure that relevant managers review her decision on behalf of the board.