Super moons look 15 per cent brighter and seven per cent bigger than regular full moons
Mar 9, 2020 10:35 AM By: Elana Shepert 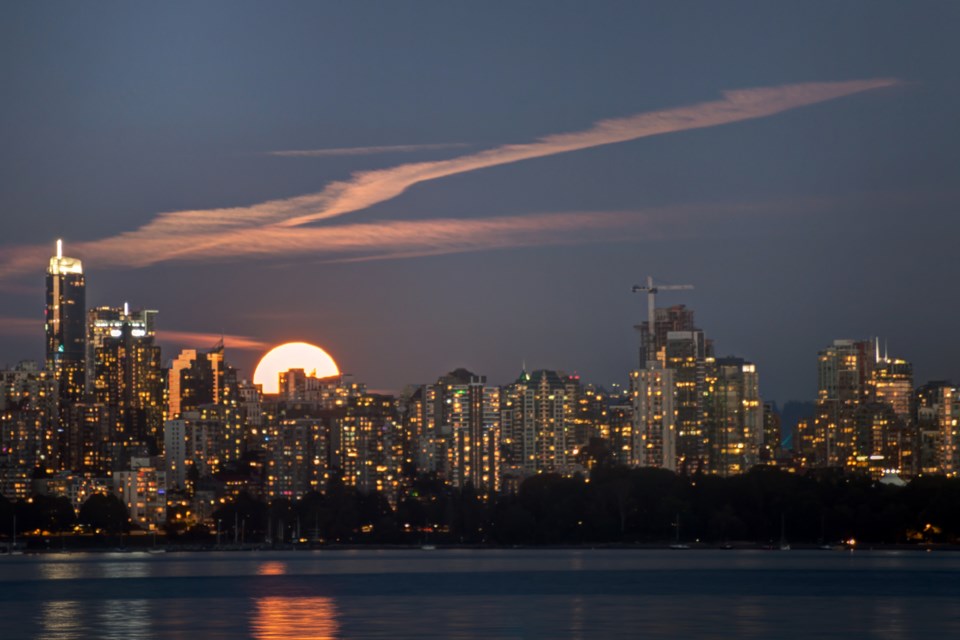 Since the worm moon qualifies as a super moon, it will look 15 per cent brighter and seven per cent bigger than a regular full moon due to its proximity to Earth. Photo iStock

Vancouverites will have the chance to view a massive super moon tonight.

Known as the “worm moon,” the March full moon gets its name from the time of year it takes place. Since this full moon is the last one before the spring equinox, the name reflects the changing of the season — specifically when birds begin to feast on earthworms that are pushing their way through the soil.

The Old Farmer's Almanac describes how "roots start to push their way up through the soil, and the Earth experiences a re-birth as it awakens from its winter slumber." However, they mention that the moon is also referred to as the Full Sap Moon, because it is the time of year when maple syrup begins to flow.

Many of the winter full moons are obscured by cloudy skies, and tonight's forecast calls for a 60 per cent chance of showers. However, there may be a few periods when the sky is clearer. Also, tonight's lunar offering will appear significantly brighter.

Since the worm moon qualifies as a super moon, it will look 15 per cent brighter and seven per cent bigger than a regular full moon due to its proximity to Earth.

EarthSky notes that astronomers usually refer to super moons as perigean full moons — a term that refers to the moon being “near earth.”

Stargazers looking for a better view should travel as far away from city lights as possible in order to avoid light pollution that will obscure the clarity of heavenly bodies. While this works best in more remote places, anywhere that has a higher elevation will also provide more ideal viewing conditions.