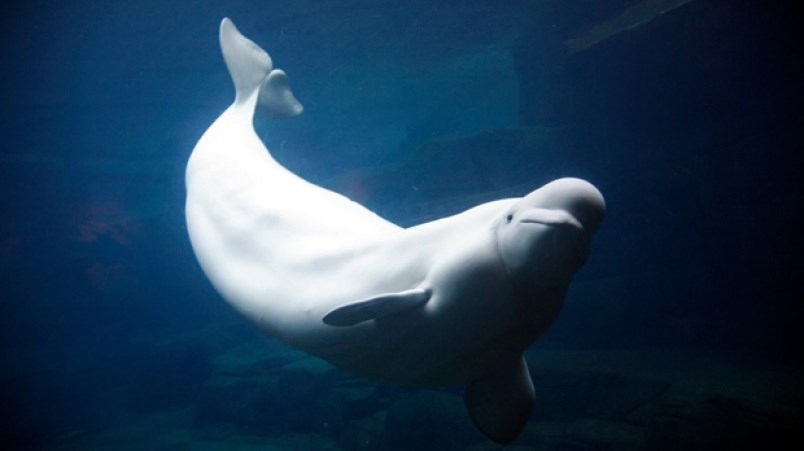 The tanks at the Vancouver aquarium have been empty since November following the sad, unexplained death of two beluga. On March 9, 2017, the park board decided no cetaceans will return.

A toxin killed two beluga whales that died suddenly in November 2016, according to a five-month-long investigation by the Vancouver Aquarium.

The toxin was likely introduced by food, water or through human interference.

The death of Aurora and her adult calf Qila was recently cited by a Vancouver Park Board commissioner as a “tipping-point” in the debate about whales and dolphins in captivity.

In March, the park board voted unanimously to amend bylaws that govern public parks and instructed staff to report back on prohibiting the importation and display of live cetaceans at the Vancouver aquarium. That report will go before the board in the spring.

The aquarium’s investigation into the two belugas’ deaths involved dozens of veterinary pathologists, toxicologists, genome specialists, medical doctors, and field research scientists, among others, according to a statement it released April 20.

“Results of the investigation concluded that the cause of death in both animals was a toxin,” the statement reads. “Extensive testing was unable to identify the exact substance involved, which is not uncommon due to the very limited time a toxin is traceable in the bloodstream.”

The aquarium calls the loss of Qila and Aurora “devastating.”

“They were beloved members of our family and the community for more than two decades. Their loss is felt profoundly by our staff, members, supporters, and the public,” said Dr. Martin Haulena, Head Veterinarian at Vancouver Aquarium. “The investigation has helped us understand what happened and, importantly, how we can best ensure the safety and welfare of marine mammals in our care.”

Vancouver Aquarium is currently home to a false killer whale, a Pacific white-sided dolphin and a harbour porpoise — all receiving long-term care as part of the Aquarium’s Marine Mammal Rescue Centre Program.

The aquarium says it’s taken several measures to test, evaluate and reduce risks in the Arctic habitat, including:

To reduce the risk of a toxin being introduced by food / ingestion:

To reduce the risk of a toxin being introduced by water:

To reduce the risk of a toxin being introduced through human interference: