Tragedy inspires neighbourhood to come together

When it comes to holiday traditions in Vancouver, one of the best and brightest has long been the Trinity Street Light Festival and competition in East Vancouver.
Dec 14, 2015 3:41 PM By: Grant Lawrence 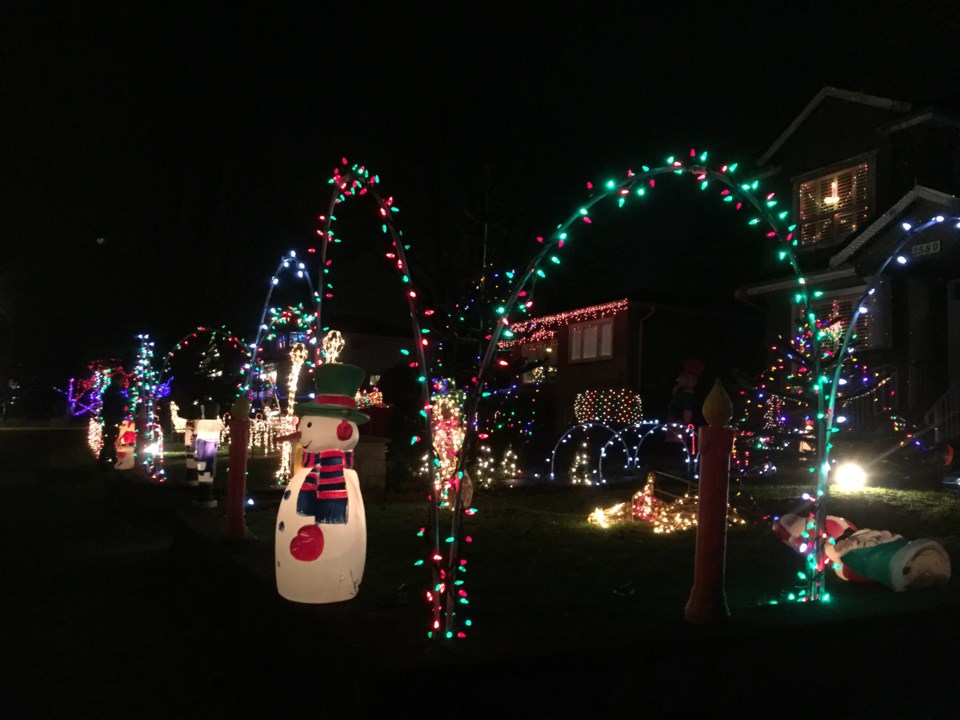 When it comes to holiday traditions in Vancouver, one of the best and brightest has long been the Trinity Street Light Festival and competition in East Vancouver. Stretching six blocks across the Hastings-Sunrise enclave of Burrardview, the often dazzling, Clark Griswold-esque light displays strung up by neighbours has been a glowing holiday fixture since 2000.

What many people who enjoy the lights don’t realize is that the annual event was originally triggered by one of the darkest chapters in the neighbourhood’s history. In November 1999, Martha Elliott and Nora Davis, two elderly, single women living separately on Wall Street (two blocks away from Trinity) were brutally murdered in their homes just two weeks apart from one another. It cast a dark pall over the neighbourhood as residents fortified their homes out of fear of a killer on the loose. The murderer was eventually caught and sentenced to 17 years in prison.

Cate Jones, a longtime resident of Trinity Street, wanted to find a way to make her neighbourhood feel safe again, to bring residents out of their homes rather than retreating inwards. A year later, at Christmas 2000, Jones rallied her block to challenge the next block over to a lights competition. Soon the other four blocks of Trinity Street joined in. Just as Jones had hoped, neighbours indeed did emerge from their homes to meet each other amidst the glow cheery light displays. A neighbourhood was reclaimed and a tradition was born.

Jones didn’t stop there. She approached the local St. James Hospice in nearby Burrardview Park to be the beneficiary of an official competition, with ballots available so neighbours and visitors could vote on favourite light displays at the cost of $2 each. For years the festival was a sparkling accomplishment, a shining example for the entire city, raising funds for the hospice, as well as Harbourview Daycare, and Kiwassa Neighbourhood House.

Ironically, the Trinity Lights Festival has become a victim of its own success. 2015 marks the first year since 2000 that there is no official competition, no ballot boxes, and no signage marking the event. Christmas lights are still up on Trinity, but not as many as in previous years.

“The competition isn’t happening because there isn’t anyone organizing it”, says Jones. “We found that in recent years, donations have slipped significantly. The amount of money raised from the competition didn’t justify the huge amount of volunteer time it takes to organize it.”

The main cause for this, states Jones without hesitation, is cars.

“The initial goal of the lights was to bring people out of their homes to walk the street, to have strangers talking to each other, to listen to the kids’ excitement at seeing the lights,” says Jones. “When the street is clogged with traffic that doesn’t happen, and it’s only gotten worse each year despite our efforts to encourage people to walk the route. Some nights have been pretty horrendous with lots of honking and yelling, even hit-and-runs.”

Jones says she has mixed feelings about the lack of an official competition this year. She’d like to see it return to its original roots as a local community event, and hopes that someone will step forward to bring the competition back in the future.

In the meantime, several houses are still glittering, so if you do come down to Trinity this year, park your car on a side street and walk the route, and remember the reason why the lights of Trinity Street have shone brightly for 15 years.