UPDATED: Vancouver mayor seeking to declare state of emergency in the city

Vancouver Mayor Kennedy Stewart wants to declare a local state of emergency in the city.
Mar 18, 2020 12:25 PM By: Jessica Kerr 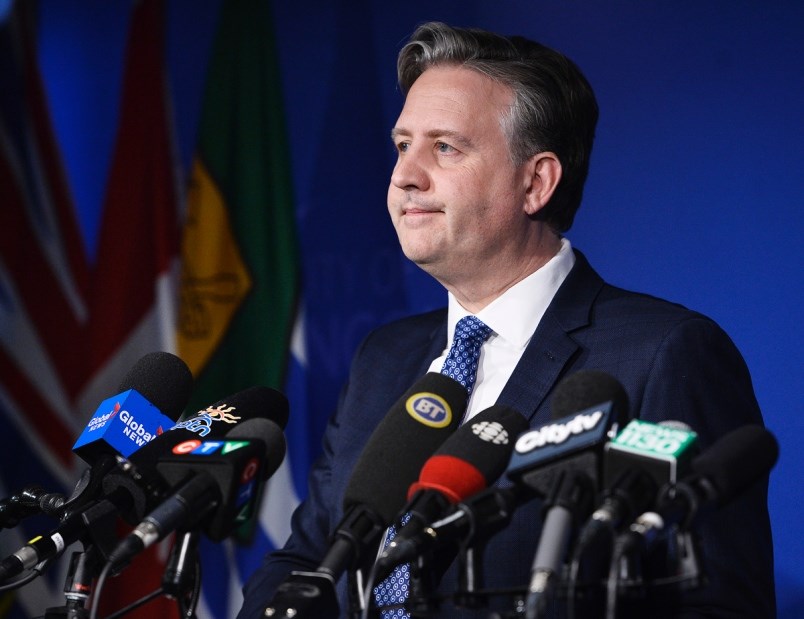 Vancouver Mayor Kennedy Stewart wants to declare a local state of emergency in the city.

Stewart said at a press conference Wednesday that elected officials will convene a virtual council meeting Thursday where he will seek support from councillors to make the declaration.

“These are extraordinary times and we need to take fast and extraordinary action,” Stewart said. “Following the best advice from health officials and Fire Chief Darrell Reid, I have decided we need to declare a state of emergency in Vancouver.

“This declaration will help us move faster to keep residents safe, and give emergency management teams and first responders more flexibility to deploy resources and enforce orders.”

Stewart added that declaring a local state of emergency will give the city additional powers, including monitoring the situation in grocery stores and pharmacies, and put limits on how much people can purchase at once.

“We have seen empty shelves and panicked shopping in the last few days,” Stewart said. “This in unacceptable… There is no food or supply problem,” Stewart said, “but there is a serious problem with people hoarding and over buying.”

The mayor said he will work with local retailers to curtail hoarding and over buying if residents don’t immediately change their behaviour.

In his statement, the mayor also thanked all the restaurants, bars and other venues that heeded the order from Vancouver Coastal Health chief medical officer Dr. Patricia Daly and closed for St. Patrick’s Day. Stewart mentioned, however, that police Chief Adam Palmer had noted that many smaller restaurants remained open to patrons. And some Vancouverites were still out Tuesday night.

“I am asking all residents to immediately limit their time in public places,” Stewart said. “Stay home as much as you can and on the rare occasion that you need to leave home to get essentials, keep a safe distance of between one and two metres from others.”

Stewart also had a message for Vancouver business owners.

“I know this is incredibly difficult but unless you can operate takeout or delivery services, now is the time to close to the public.”

As for helping the city’s homeless population, the mayor said the city has partnered with Vancouver Coastal Health and B.C. Housing to establish a task force identify and implement measures to help protect people who are experiencing homelessness, living in SROs, and in the DTES.

“We need to keep COVID-19 out of these communities for as long as we can. Most of these residents have little access to safe hygiene and most are immune compromised. An outbreak among these neighbours could be devastating to them and the people who work with them.”

Stewart said the task force is working to improve communication with Downtown Eastside residents and service providers, secure additional locations where people who need to self-isolate but are experiencing homelessness can go, and consider other basic needs issues such as food security and access to medication and safe supply. The mayor is asking for support from the provincial and federal governments to achieve this.

“I need firm commitments that we will get whatever we need to keep vulnerable people safe.”

Stewart also called on the province to “immediately move to ban evictions and help people pay their rents, if needed.” He said the city’s small rent bank has already been inundated with requests for assistance.

For homeowners, Stewart is calling on the province to expand the residential tax deferment program to cover more households beyond seniors and families with children.

In the past several days the city has announced several closures of facilities and services. The mayor said there is the potential for even further service closures in the days to come as the municipality works to ensure essential services are maintained at the highest levels.

This story has been updated since it was originally published.