Canada-wide warrants issued for Moeen Khan of Surrey and Pashminder Boparai of Abbotsford
Feb 26, 2019 10:32 AM By: Jessica Kerr 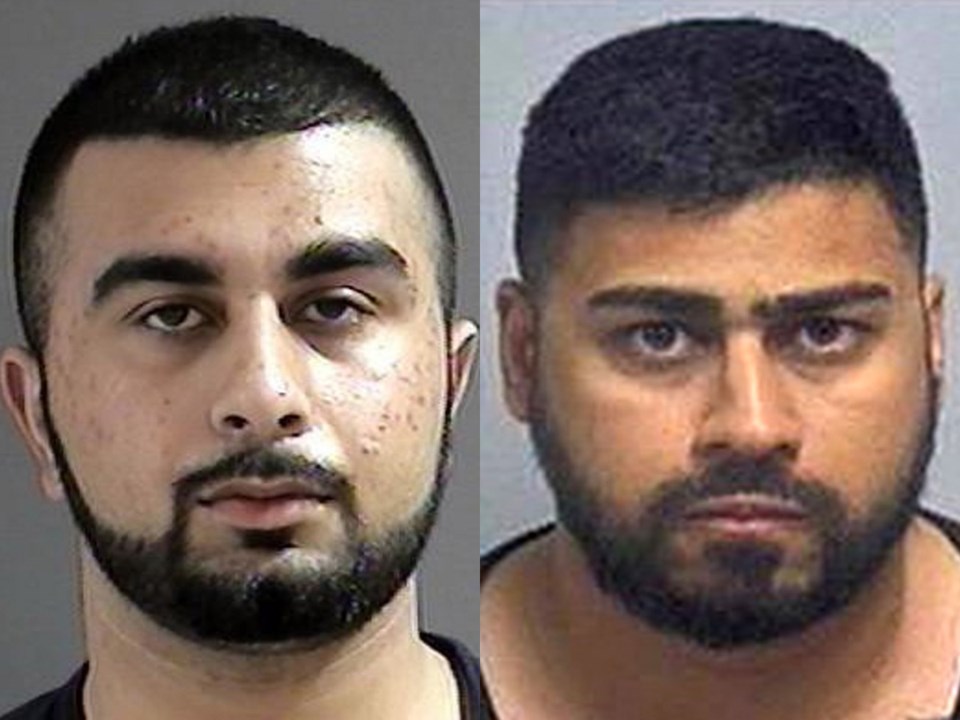 Vancouver police Tuesday announced more arrests and charges in an ongoing investigation into organized crime in the region.

“The Vancouver Police Department continues to engage regional and national partners to combat gang crime,” Supt. Mike Porteous said in a press release. “These arrests represent the success of ongoing partnerships and cooperation at a national level, including Ottawa Police Service, to combat this serious public safety issue.”

Four men — 22-year-old Moeen Khan of Surrey, Pashminder Boparai, 30, of Abbotsford, and Mustapha Ali, 28, and Nobin Malonga-Massamba, 23, both from Ottawa —  are charged with conspiracy to commit murder. Ali and Malonga-Massamba are both in police custody and are facing additional firearms-related charges. Khan and Boparai are currently wanted on Canada-wide warrants.

“We’ve been, as of yet, unable to locate them,” Acting Insp. Lisa Byrne, who is also team commander of the task force, told reporters Tuesday morning.

The arrests and charges are part of Project Territory, which resulted in a number of arrests and more than 92 criminal charges last August. At that time 92 charges were brought against 14 individuals, some of whom are closely aligned with the Red Scorpions, specifically with Jamie Bacon and Kyle Latimer.

Project Territory is part of a larger police initiative, Taskforce Tourniquet, which was formed by Vancouver Police Department in March 2017 in response to increasing gang violence in the region and has grown to include officers from the provincial Combined Forces Special Enforcement Unit of BC (CFSEU-BC), the RCMP, the Integrated Homicide Investigation Team and other municipal police departments.

“Not only are the criminals not adhering to judicial boundaries here in the Lower Mainland they’re moving across the country as well and they do that to do various crimes, in this case a murder conspiracy that’s been charged,” Byrne said. “We’ve also seen other different types of conspiracies related to the drug trade.”

The taskforce has included several joint enforcement projects that, to date, have resulted in a total of 209 charges against 38 individuals, as well as the seizure of more than 170 firearms, more than 10 kilograms of fentanyl, 40 kilograms of heroin, methamphetamine and cocaine, and more than $2 million in cash, jewelry and high-end vehicles.

Police are asking anyone who see Moeen Khan or Pashminder Boparai, or who may have information about their whereabouts, to call 911 immediately. Information can also be shared unanimously through Crime Stoppers at 1-888-222-8477.

Khan is described as South Asian, 5’8” tall and 170 pounds. Boparai is also South Asian and is approximately 6’2” and 180 pounds. Byrne said he has had one of his legs amputated and uses a wheel chair.