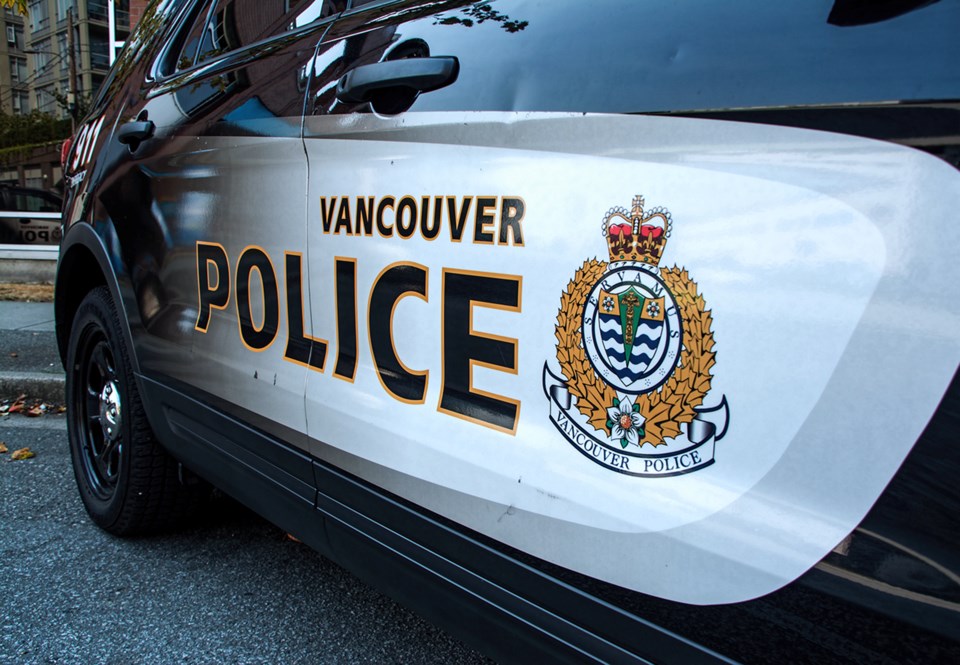 Vancouver police officers attempting to make an arrest Thursday afternoon in the Downtown Eastside had to call for backup after being confronted by an angry crowd. File photo Chung Chow

Vancouver police officers attempting to make an arrest Thursday afternoon in the Downtown Eastside had to call for backup after being confronted by an angry crowd.

It all started when two officers patrolling the area saw a teen armed with a large machete and bear spray at Main and East Hastings. The officers tried to arrest the 17-year-old who, according to police, was resisting when an angry crowd of people gathered to confront them.

Media relations officer Sgt. Jason Robillard could not say how many people were confronting police but described a crowd as “typically three or more people.”

“It escalated quite quickly resulting in them having to call for additional officers and call for cover,” he said. “The crowd appeared to be quite angry and came at the officers.”

The 17-year-old, a Surrey resident, was taken into custody and is facing charges of possessing drugs for the purpose of trafficking, carrying a concealed weapon and possession of a weapon for a dangerous purpose.

A 34-year-old Vancouver man was arrested a short time later for throwing the water bottle. He was also found to be in possession of a large machete and bear spray. He is now facing an assault charge related to possession of a weapon to be used against a police officer. He is also believed to be in breach of several court-ordered conditions.

A third man, who is 20, was arrested for breach of the peace. Robillard said both the teen and the 20-year-old man are known to police.

“We can say that they are known to the officers in the area to be involved in the local drug trade,” he said.

With a file from John Kurucz

This story has been updated since it was originally posted.