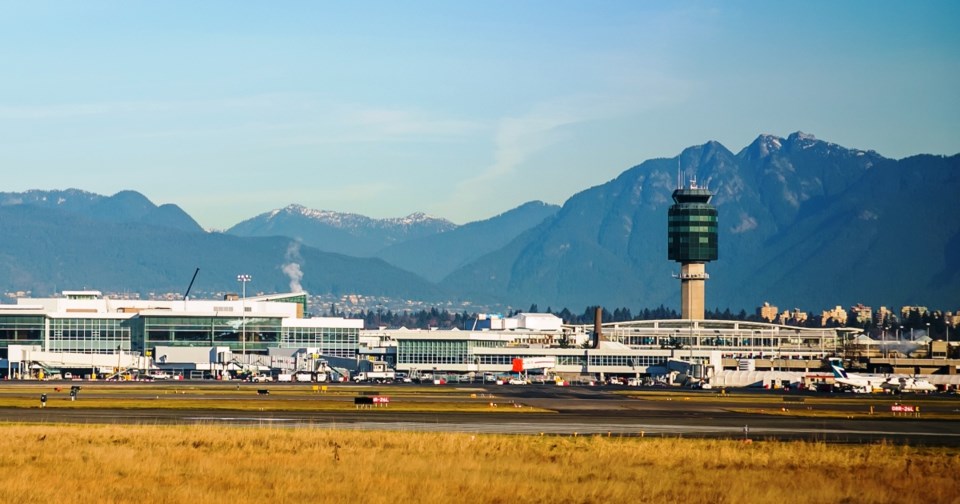 Vancouver International Airport was deemed best airport in North America and 13th best in the world according to votes from 13.8 million passengers.

Vancouver Airport is flying high in the twittersphere, making a couple of appearances in Twitter Canada's annual awards.

Firstly, the airport's account @yvrairport was awarded Best Banter and it’s easy to see why.

The airport’s lively Twitter feed caught the Courier’s attention in February when they posted a flurry of tweets about the weather.

Not only were they keeping people well informed of important airport business — clear runways, delays, traffic conditions coming on and off of Sea Island — but they were owning the #snowmageddon space with memes, snow drawings and soulful Justin Bieber gazes.

More snow operations today at YVR. Quick question though - Who is your favourite snowman?

SNOW UPDATE: it has stopped snowing after it snowed a lot. ❄️ https://t.co/BtFVnpe326

Even if you weren’t actually travelling anywhere during the great #snowmageddon of 2018, the @yvrairport feed made everything a bit more bearable.

The Courier spoke to social media strategist Christopher Richards to find out more about life at YVR earlier in the year.

He said the goal was to “try to inform the community as best we can.”

“Whether it’s snow, or really anything, injecting a bit of humour into that messaging can really help it get in front of more eyeballs," Richards said.

"There’s a fine line there, obviously — a balance we need to strike — but we certainly try to have a bit of fun, because we work at a really interesting and dynamic place.”

And it seems to be working, with @yvrairport also earning the most mentions of any Canadian airport on the platform.

“We are proud to have been recognized by Twitter for our fun and informative approach to connecting with our community on social media,” A YVR spokesperson said in a statement.

“Our goal is to keep the travelling public informed of any airport news and provide assistance when needed, but also engage with people on a human level and show them we are here to help.”

The fire alarm sounding in domestic terminal is no cause for concern for passengers. Sorry for the racket. pic.twitter.com/ghtzYNPE7j

Cam Gordon, head of communications at Twitter Canada, said @yvrairport was consistently one of the most informative and entertaining corporate Twitter accounts in Canada.

"The account team clearly has a knack for what makes a strong Twitter experience: provide detail and information but also humour, heart and responsiveness,” he explained in a statement.

“I see all three and more each time I check out their account and it's become one of my favourite Canadian best-in-class examples to reference at conferences and in presentations."

When your flight to somewhere hot and sunny from YVR is tomorrow: pic.twitter.com/hff68ugcTP

WHY HAVE I NOT BEEN FOLLOWING YVR AIRPORT?! SOCIAL MEDIA GAME IS ON POINT! https://t.co/fAsydpX0rz

-- With files from Kelsey Klassen