An avalanche of photographs documenting a significant portion of Vancouver’s history is headed the City of Vancouver Archives’ way.
Jan 12, 2018 7:00 AM By: Courier Staff 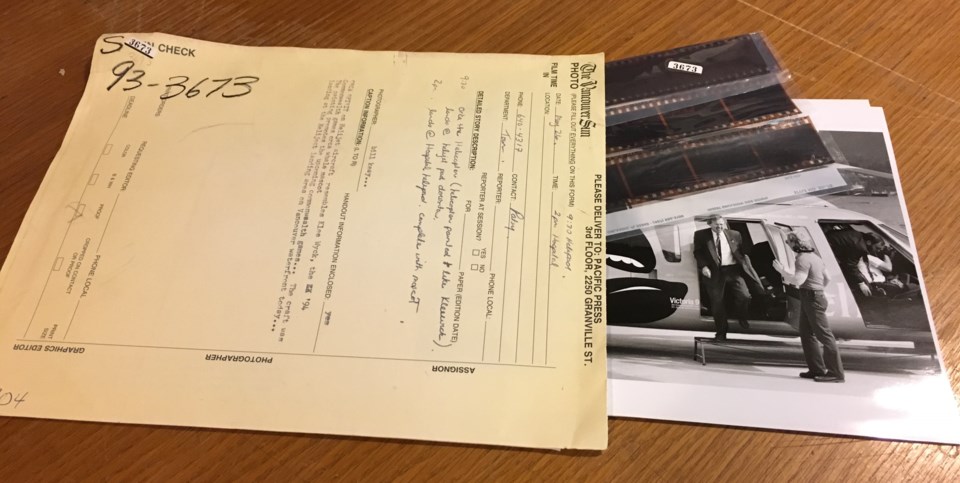 Expect to see plenty of unironic moustaches with the Postmedia's donation of more than two million photographic negatives, mostly from the 1970s onward, to the City of Vancouver Archives.

An avalanche of photographs documenting a significant portion of Vancouver’s history is headed the City of Vancouver Archives’ way.

Postmedia, which owns the Vancouver Sun and Province, has donated more than two million photographic negatives dating from the mid-1940s to 1995 to the archives. By the mid-90s, both newspapers had transitioned to digital photography.

“This is a significant addition to the City Archives’ holdings, and certainly the largest donation of photographic images in the archives’ history,” said Heather Gordon, City of Vancouver Archivist, in a press release.

The archives acquired about 9,500 Vancouver Sun photographs several years ago, but this latest donation, mostly from the 1970s and onwards, is a major boost to the 1.6 million photographs already in the archives’ holdings.

The Sun and Province will retain its print archives, including many of the papers’ oldest images.

Archives staff will begin this time-consuming process of cataloguing the negatives this year, and the first batch of photos will be made available in 2019. According to the press release, “conservators will also assess the collection to determine its long term preservation needs and package the most at-risk negatives for storage in the archive’s frozen storage vault. As funding is made available, the photographic negatives will be digitized. In the meantime, once the card index is completed and descriptions are online, researchers and the public can request to view the negatives in the Archives’ Reading Room.”

Those wanting to digitally wander through the archives’ holdings can do so at vancouver.ca/archives.