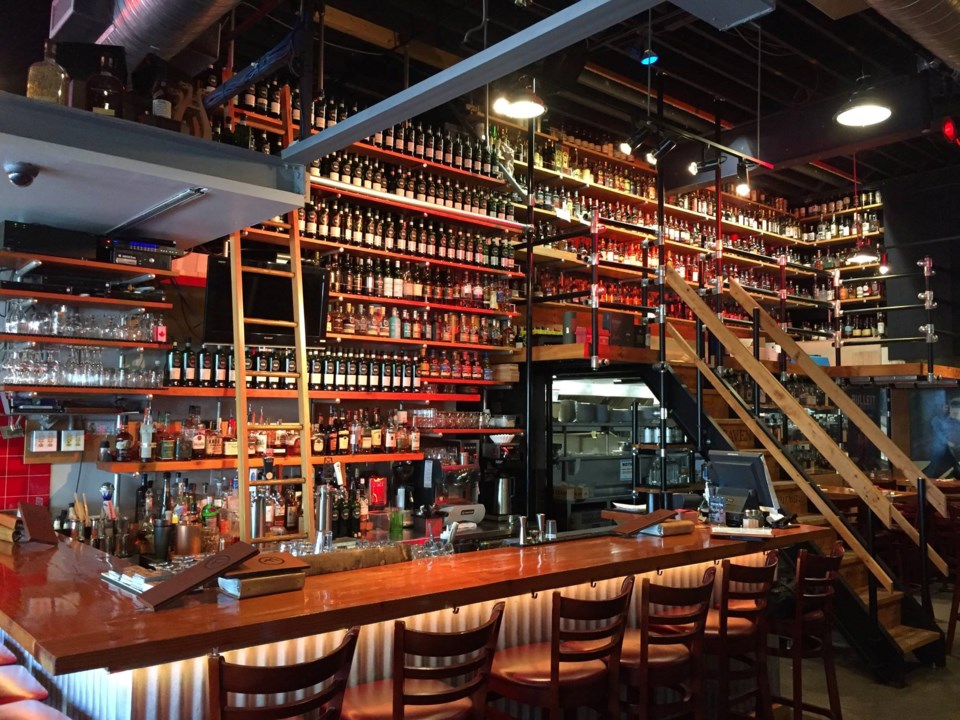 The Vancouver bar that had $40,000 in whisky seized by the B.C. government nearly two years ago is going to court to try to get it back.

In January 2018, Fets Whisky Kitchen, which has been a Commercial Drive mainstay since 1986, was raided by B.C.’s Liquor and Cannabis Regulation Branch.

In B.C., licenced bars, restaurants and pubs are required to purchase any liquor through the B.C. Liquor Distribution Branch (LDB). Although SMWS products are lawfully imported into the province and are available for sale to the public at some private liquor stores, under the government’s regulations licensees cannot purchase alcohol from private purveyors. SMWS products are not available through the LDB.

As a result of the tip, the branch investigated Fets, as well as The Grand Hotel in Nanaimo, and Little Jumbo and The Union Club in Victoria.

In late December 2017, two liquor inspectors were instructed to conduct a “covert inspection” to confirm whether or not Fets stocked and sold SMWS whisky. The inspectors visited Fets and successfully ordered and paid for a SMWS whisky. The SMWS whisky was not immediately seized, but on Jan. 18, 2018 inspectors executed simultaneous raids at all four establishments.

The liquor inspectors, accompanied by Vancouver police officers, arrived at Fets at 10 a.m. that day — one hour before the restaurant is permitted to sell alcohol — to conduct the search and question Allura Fergie, who owns the establishment along with husband Eric Fergie, over the lunch rush and into the afternoon.

The couple was subsequently served with a notice that Fets was in contravention of the Liquor Control and Licensing Act.

Earlier this year, the Fergies were fined $3,000 following a two-day hearing at the regulation branch office in Vancouver. The couple asked for the decision to be reconsidered, and in September the branch issued a second decision reaffirming the fine. The couple is also required to post a sign in the restaurant showing that a monetary penalty had been imposed.

The Fergies, however, launched legal action Oct. 7 of this year to have the decision reviewed by a judge. In addition to getting the seized whisky back, the couple is petitioning the court to have the branch’s decision quashed.

They argue that the Liquor Control and Cannabis Regulation Branch breached their Charter rights and conducted the enforcement hearing in a “procedurally unfair manner.”

According to the court documents, the search was done without a warrant and inspectors failed to inform Allura Fergie of her Charter rights before beginning the interrogation.

Fets argues that under the branch’s own regulations the inspectors should have seized the SMWS immediately rather than return to do so almost a month later. They also argue that inspectors should have obtained a search warrant and provided Allura Fergie with a Charter caution, advising her that she was not required to speak with liquor inspectors and could get a lawyer.

The petition to the court also argues that the decision maker “literally pre-judged the entirety of the Enforcement Hearing, rendering the two days of hearing time that would follow her decision a sham, and depriving the Licensee of a fair hearing… The [significance] of this breach of natural justice cannot be overstated.”

Ahead of the hearing earlier this year, the Fergies requested a number of documents related to the investigation and search. The couple was told they would have to make a Freedom of Information request. After several months, and more than one extension, they received a series of heavily redacted documents just before the enforcement hearing was scheduled to take place.

According to the petition to the court, the documents confirmed the “existence of an internal LDB briefing note and various emails setting out the particulars, approvals, and planning consideration by the LDB in advance of the search and seizure.”

The Fergies requested that the documents be included in the evidence presented at the enforcement hearing, and the subsequent reconsideration, but were told they could not be accepted because any documentation had to be submitted at least two weeks before the hearing.

The petition argues that the decision maker made a determination on the two issues at the heart of the Fergies’ case, that the inspectors did not have the authority to seize the liquor on Jan. 18, 2018 and that their Charter rights should have applied, without hearing any submissions on them.

“These breaches of the most basic aspects of natural justice, to be heard and to have a case decided by a decision maker with an open mind, were denied,” the petition reads.

In an interview with the Courier, Eric Fergie called the hearing “a sham” and “a farce.”

The couple does not deny they were stocking SMWS whisky at the restaurant. In fact, Eric Fergie said, many of the bottles that were seized were on the shelves during previous liquor inspections — Fets was subject to 21 inspections over five years before the 2018 raid and never had an issue. The establishment was never cited for contravening the Liquor Control and Licensing Act.

He also said that Fets is not an outlier in the industry.

“There is not a day a bar or restaurant in this province that has a specialty program, be it cocktail, craft beer, spirits or wine, does not buy outside of the system so that they can continue doing what they love to do, which is what their customers want. If we are no longer allowed to offer any form of choice to our clientele we don’t have an industry.”

None of the claims have been proven in court. The Liquor and Cannabis Regulation Branch has not yet filed a response.